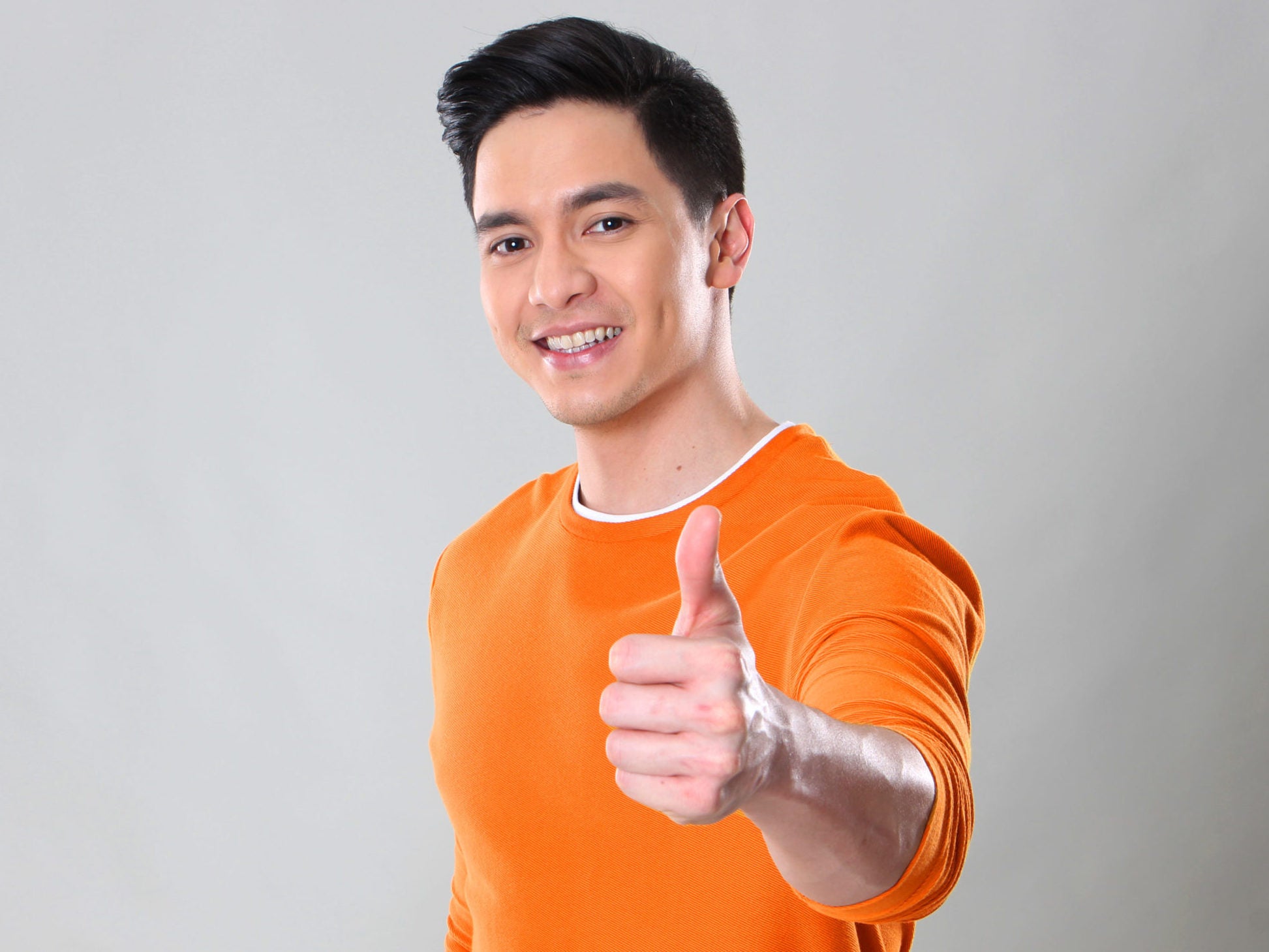 Given the chance, Alden Richards said he would like to do a movie with Bea Alonzo, whom he was able to work with for an endorsement.

“It’s common knowledge that Bea is one of my idols. I love her tandem and projects with John Lloyd Cruz,” Alden said at his recent online launch as the endorser of BFCLab’s vitamin C supplement, Cosmo Cee.

“I was starstruck when I worked with Bea [in a shampoo commercial], and I was surprised by the chemistry we had,” he revealed.

Another goal of his, he said, is to do an indie film. “I would like to try taking on dark roles,” he said. “For commercial films, I just want something more mature than what I have previously done. That way, I get to raise my level with every project.”

For now, work mostly revolves around “Eat Bulaga!” There are plans for a movie and some television shows, the Kapuso hunk related, but nothing’s certain yet. All he can do is wait and see how things unfold.

“Everything’s up in the air because of our situation,” Alden said.

In this time of pandemic, where days can be stressful and dispiriting, the actor draws strength and the will to keep on going from prayers and the people he’s determined to take care of.

“I’m staying positive about the future, that this will end soon. But right now, I’m currently focused on surviving each day, not just for myself, but for my family and those who depend on me. These are some of the things that motivate me to fight every day,” he said.

Those people include members of his personal team and employees working at his restaurants and fast-food chain franchise. Although business is slow because of the safety measures and quarantine restrictions in place, Alden has yet to lay off anyone.

“My core team continues to receive salary since the pandemic started. Even if there’s no work, they still get paid,” he related. “In our restaurants, no workers have been let go. But since the workforce has to be limited, we decided to put them on rotation, so at least no one loses his or her job. Every week, there’s a different set of servers and managers.” 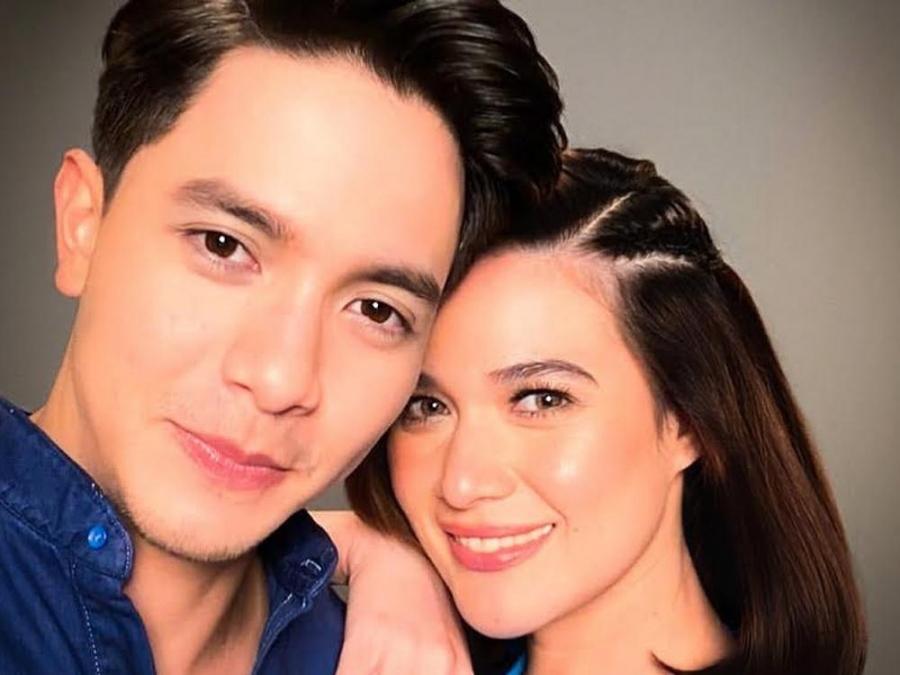 The Kapuso star is determined to keep everyone for as long as he can, because losing one’s livelihood in these challenging times is unfathomable for him.

“So many employees have already been laid off because of the current situation. We don’t want to do that,” he stressed. “I don’t want my team and restaurant employees to experience that, because I find that unfair … losing the one thing they rely on as their source of income. So I just came up with a workaround.”

Alden admitted that he has experienced moments of anxiety while in quarantine. His grandparents live with him in his Laguna home, and he’s constantly worried about their safety and health.

Another thing he had trouble adjusting with is that, sometimes, the days seemingly bleed into each other. As someone who has maintained a demanding work schedule since entering showbiz 10 years ago, being stuck at home is something Alden is simply not used to.

“Life has become restricted. Each day, you wake up, get out of the bed, wash your face, work out and eat. And that’s usually been the routine these past days. It’s quite a big change. ‘Parang iba na ‘to,’ I thought. I wasn’t comfortable not working,” Alden told the Inquirer.

The 28-year-old actor also observed that anxiety can end up dictating the things you do. And one of the things that has helped him, he related, is trying to restore some semblance of normalcy to his life.

“When we were in GCQ (general community quarantine), I began to step out of the house again while observing all safety measures, of course,” related Alden, who also considers gaming as a stress reliever. “I still try to live my life as close to how it was before and do more things the ‘normal’ way, but with a lot of precautions.”

Now more than ever, it’s important to stay healthy, physically and mentally. “Right now, I want to help raise awareness about taking care of our health,” he pointed out.

“It’s a blessing,” Alden said of the fact that he continues to get endorsements, even while on lockdown. “The more people who trust you, or the more endorsements you get, the more opportunities to help others.”

Aside from taking supplements, Alden continues to work out and stick to intermittent fasting. His hard work has been paying off, as can be seen in his bare-chested photos on Instagram, which he has no qualms showing off. He’s particularly proud of his abs—the area he had the hardest time improving.

“I just want to show what I have been working on for months. We’re not getting any younger, so we should always seek to do things that will allow us to level up,” he pointed out.

He has never been more conscious about his physique. “I wasn’t into working out prior to showbiz. I was thin and didn’t gain weight no matter how much I ate. But as I began to get more interested in entertainment, I started going out more and being around people. That was when I started being mindful of being physically fit. And I needed to be healthy because work is demanding.”

Read Next
Cloud Panda PH to launch TOKTOK delivery service app
EDITORS' PICK
Metro Manila posts lowest temperature yet this ‘amihan’ season at 19°C
Acer starts the year off strong with the Aspire Vero National Geographic Edition
Over 3 Million worth of prizes to be won at Smart Padala’s SENDali Manalo Promo!
Gear up and get ready to play with Yamaha Mio Gear
DOH: 28,471 new COVID-19 cases in PH; active cases now 284,458
On Day 2 of implementation, gov’t says workers now exempt from ‘no vax, no ride’ policy
MOST READ
Derek Ramsay on being married to Ellen Adarna: ‘Gumaan ‘yung mundo ko’
Emma Stone calls Andrew Garfield a ‘jerk’ after he ‘lied’ about his ‘Spider-Man: No Way Home’ appearance
Lucky plants to grow in 2022
Retirements prompting major reshuffle in PH military
Don't miss out on the latest news and information.