‘Dreamlike love story in ‘Fukuoka’ is all around us’ 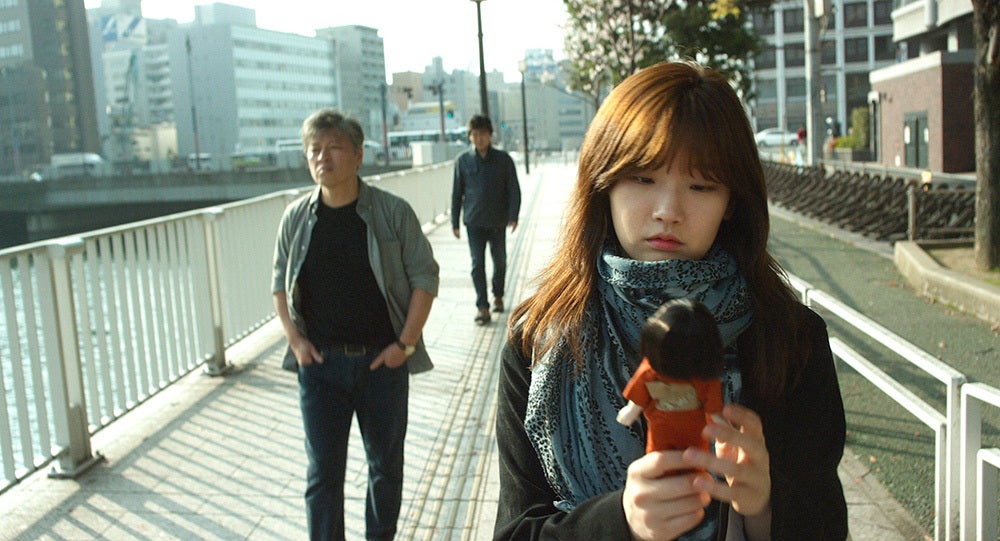 SEOUL — In the upcoming film South Korean film “Fukuoka,” So-dam, played by actor Park So-dam, takes Je-moon — played by Yoon Je-mun — to Fukuoka, saying that while she doesn’t speak Japanese, she knows that she will somehow be able to settle there.

She is able to talk with not only the Japanese, but the Chinese as well, without speaking a word of the languages.

The strange, sometimes surreal film does not go deep into anything. It appears to merely touch the surface of another dimension of reality.

“I feel fantasy is also a part of our reality. The expansion of reality is very broad. Even dreams and imaginations — everything that affects our perception of reality is a part of it,” director Zhang Lu said during an interview in Seoul on Friday.

In Fukuoka, So-dam reconnects Je-moon with his long estranged friend Hae-hyo, played by veteran actor Kwon Hae-hyo. The two guys parted ways 28 years earlier after falling in love with the same girl, who would later leave both of them. Hae-hyo soon moved to Fukuoka — the girl’s hometown — to be closer to her but never found her.

According to the Korean-Chinese director, “the scenario is based on reality.”

“Our love may work out well, or it may end. All of them are within the boundary of what we call love. When love ends, there are many people who act as if it is over, but in truth, it is really not over. They hide the truth and this, with time, makes the relationship turn sour,” Zhang said, adding that “they must escape such ill-fated relationship and broaden their acceptance of love.”

This is where So-dam comes in — a friendly yet mysterious girl who claims to be 21 and drinks at the bar, but at other times dresses up in her old school uniform.

“(Park) So-dam, she looks very young, as if she’s almost 30, we could easily mistake her as a 20-year-old. When she wears a uniform, she even looks like a high school student,” Zhang said, explaining this is not just about the 28-year-old actor’s baby face.

“There are people who keep that nostalgic feeling with them. They don’t send away all the passing moments, but let some part of them mingle into the present. They may seem strange to our eyes, but it’s actually something very beautiful.”

What So-dam is able to do is something we’ve all imagined, according to the director — being able to communicate with people of different countries without worrying about language barriers, and sometimes, may even be with people who speak the same language, because we feel there are unintended miscommunications constantly complicating relationships.

“In the film, So-dam says, ‘let’s not become tense.’ I think relationships are all about this — letting go of the strained emotions and just being who we are,” said Zhang.

Referred to as the final film in the director’s city trilogy — “Gyeongju” (2014) and “Ode to the Goose” (2018), Korean title “Gunsan,” are the other two — “Fukuoka” centers around the major Japanese city closest in distance to South Korea.

Zhang said his films always start from a particular space.

“I think it’s my curiosity of the space. Whether I want to revisit it. Even when it’s empty, such places hold the scents, the warmth and the gazes of people who had been there. I feel that space can often embrace much more (such trace) than a person can.”

Zhang, 59, is an ethnic Korean who was born and raised in China. Zhang started as a novelist in China and made the directorial debut in 2001 with short film “Eleven,” which competed at the 58th Venice International Film Festival. His internationally well-known films include “Grain in Ear” (2005) and “Dooman River” (2011).

“Fukuoka,” which has premiered at several international film festivals, including the 69th Berlinale, will hit South Korean cinemas on Thursday.