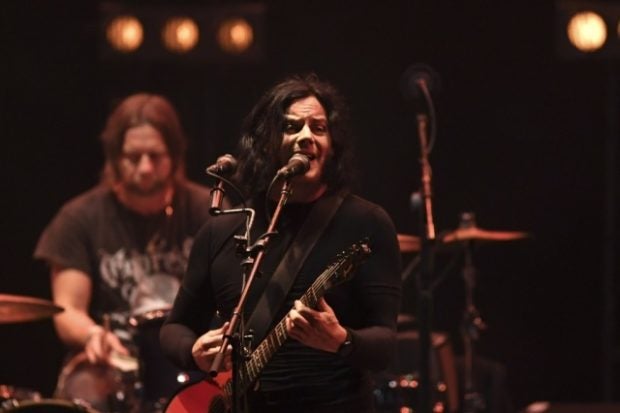 Jack White of the band The Raconteurs performs during the Corona Capital Music Festival in Mexico City, on November 17, 2019. Image: AFP/Pedrp Pardo

The auction, presented as a “garage sale” by Jack White’s Third Man Records, will take place via Online Nashville Auctions from Wednesday, Aug. 26 to Sunday, Aug. 30.

As recording studios had to clear their schedule in reaction to coronavirus-induced shelter-in-place orders, “Third Man Records took the opportunity presented by the necessity of social distancing to comb through the storage vaults and hidden closets at their headquarters and pulled the best of their infrequently used studio gear, furniture and more.”

Among the items on offer are stage monitor covers and pedalboards used on tour by The White Stripes, as well as a few of the many drum sets used by the band in the Michel Gondry-directed video for their 2003 single, “Hardest Button To Button”.

Also going under the hammer at Online Nashville Auctions are guitars from White’s personal collection, clothing used in an array of video shoots and a wide variety of other stage equipment.

One of the most coveted items available is a 19-inch Paiste Full Crash cymbal used by American drummer Meg White during her years in the White Stripes.

“There’s no telling how long Meg had used this cymbal, but at the VERY least, I would expect it to have been used for the preceding week of shows in Australia and New Zealand, as part of the Big Day Out Festival. It’s not too far-fetched to think the cymbal would have been used even longer than that, but it’s impossible to verify,” White Stripes archivist Ben Blackwell said in a statement, adding that “this is the coolest item available in this auction.”

A portion of the proceeds of the “garage sale” will go to the non-governmental organizations John Peel Centre and Gideon’s Army, as well as the Detroit Phoenix Center. CC

Read Next
‘Dreamlike love story in ‘Fukuoka’ is all around us’
EDITORS' PICK
‘Not yet the end’: Lawyer says Marcos Jr’s DQ cases to take lengthy process
The best of bayside and city living at SMDC’s Sail Residences
Acer starts the year off strong with the Aspire Vero National Geographic Edition
Over 3 Million worth of prizes to be won at Smart Padala’s SENDali Manalo Promo!
Critical scenario: 3 Comelec vacancies just 3 months before elections
PH logs 37,070 more COVID-19 cases; over 33K others recover
MOST READ
Duterte asks: ‘Is COVID-19 airborne?’ Duque blames spread on ‘token compliance’ with rules
Morissette Amon recovering after confinement for diverticulitis, tests positive for COVID-19
‘Not yet the end’: Lawyer says Marcos Jr’s DQ cases to traverse lengthy process
Marcos camp ‘extends hand of unity’ after COC cancellation bid is thrown out
Don't miss out on the latest news and information.