After receiving a bike for his deliveries from TV host Gretchen Ho, teenager Kean Ramos has been able to make a delivery to health frontliners.

Ramos, 18, said on Facebook Saturday, Aug. 22 that a customer ordered 20 pieces of coffee and Chuckie jelly, and requested that they be sent to frontliners.

He sent them to healthcare workers, who posed with him while holding up the bottles. Ramos could be seen wearing his rollerblades.

RETURNING THE FAVOR#frontlinerscovid19This man Marcus Gaitos bought 20 pcs. of coffee/chuckie jelly to me and he asked me to give it to our frontliners. Salute to this guy!

She said a frontliner told her that they received the donation from Ramos.

“Tuwang-tuwa ako nang makita ko ang mga larawang ito,” she said. (I was so happy when I saw these photos.)

Ramos, who resides in Muntinlupa, caught the internet’s admiration last week for doing his deliveries while on rollerblades. He makes the coffee jelly and Chuckie jelly himself. 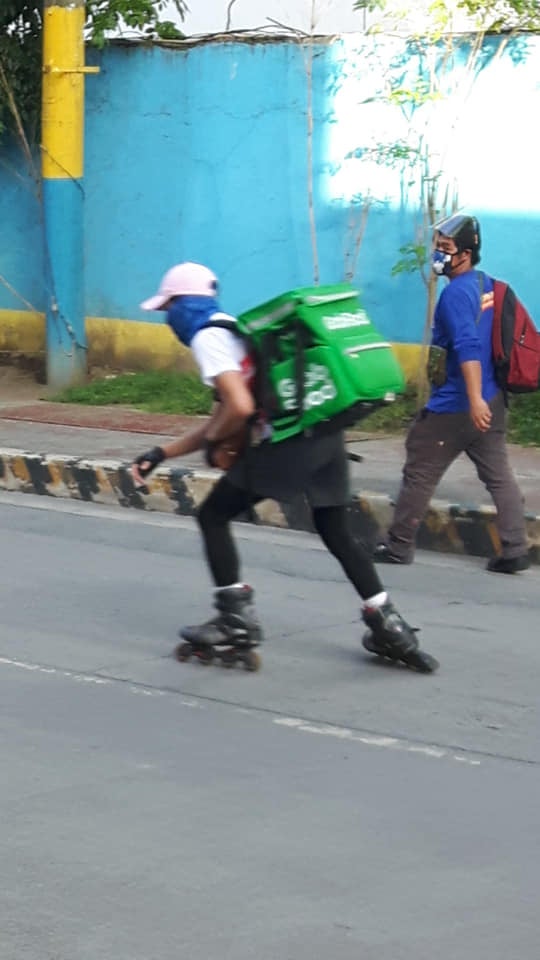 His dad is a delivery driver but fell ill, as per Ho’s video of him on Friday, Aug. 21.

She selected him as the first recipient of her bicycle giveaway and said she hopes he can deliver to farther places with it. JB

Carmina Villarroel is giving away tablets to students for online classes