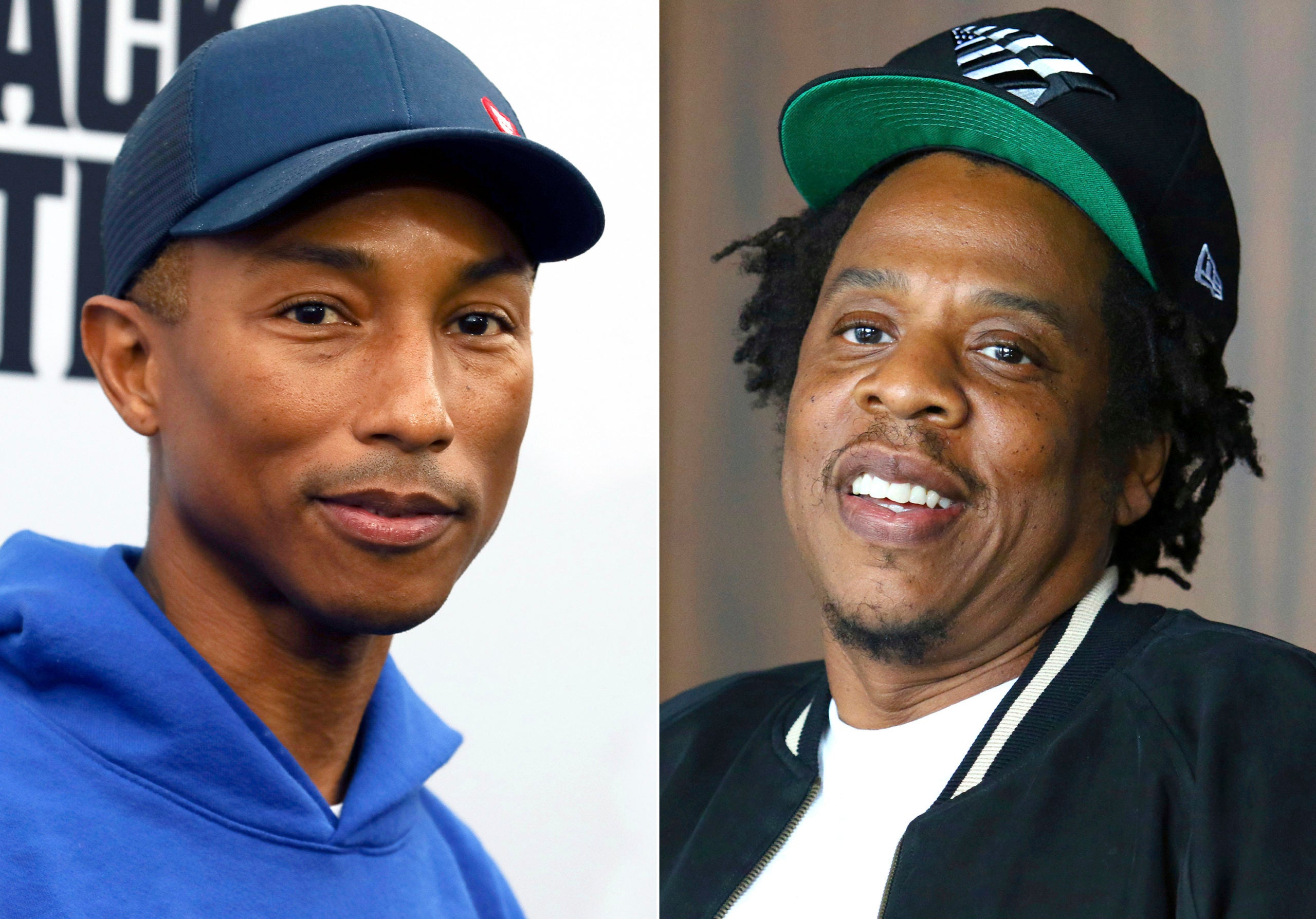 In this combination photo, Pharrell Williams attends the world premiere of “The Black Godfather” in Los Angeles on June 3, 2019, left, and Jay-Z makes an announces the launch of Dream Chasers record label in joint venture with Roc Nation in New York on July 23, 2019. Jay-Z and Pharrell Williams have teamed up to release a new song about Black ambition titled “Entrepreneur.” The track will be released Friday. (AP Photo)

NEW YORK  — Jay-Z and Pharrell Williams have teamed up to release a new song about Black ambition titled “Entrepreneur.”

The track will be released Friday. It is in conjunction with TIME’s special cover project “The New American Revolution,” which was curated by Williams and includes conversations with Angela Davis, Naomi Osaka, Tyler, the Creator and others about the inequalities Black people encounter in the U.S.

A preview of “Entrepreneur” was made available Thursday. “Black Twitter, what’s that? When Jack gets paid, do you?” raps Jay-Z, referring to Twitter CEO Jack Dorsey. “For every one Gucci, support two FUBU’s.”

On the track, Williams sings: “In this position with no choice/The system imprison young Black boys/Distract with white noise.”

Williams told TIME the song is “about how tough it is to be an entrepreneur in our country to begin with.”

“Especially as someone of color, there’s a lot of systemic disadvantages and purposeful blockages,” he continued. “How can you get a fire started, or even the hope of an ember to start a fire, when you’re starting at disadvantages with regards to health care, education, and representation?”

Jay-Z is the featured artist on Williams’ song. “Entrepreneur” was produced by the Neptunes, the duo of Williams and longtime collaborator Chad Hugo.

Jay-Z and Williams have collaborated on a number of hit songs throughout the last two decades, including “I Just Wanna Love U (Give It 2 Me),” “Excuse Me Miss,” “Change Clothes,” “Frontin'” and “Apeshit,” also featuring Beyoncé.