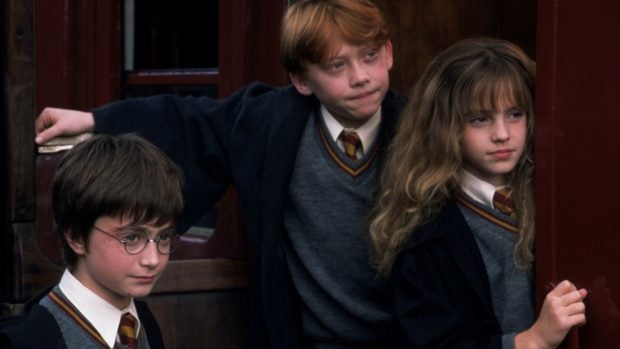 Based on the J.K. Rowling novel, “Harry Potter and the Philosopher’s Stone” launched the careers of Daniel Radcliffe, Rupert Grint and Emma Watson. Image: courtesy of Warner Bros France via AFP Relaxnews

Nearly 20 years after its initial release in movie theaters, the first film from the “Harry Potter” saga has finally passed the symbolic billion-dollar mark in box office sales across the world this week.

This accomplishment was made possible by the film’s Aug. 14 re-release in 3D, 4K in cinemas in China, as well as in other countries as a strategy to win back cinemagoers who had to put such outings on hold for several months due to the global health crisis.

“Harry Potter and the Philosopher’s Stone” collected more than an additional $13.5 million last weekend in China.

The first film in the saga is the second one of the franchise to reach the billion-dollar box office level worldwide after “Harry Potter and the Deathly Hallows – Part 2”, which currently counts box office takings of $1.3 billion, giving it a ranking of 13th biggest cinematic success.