Kyd the Band on his musical influences, dream collaboration and Filipino fans 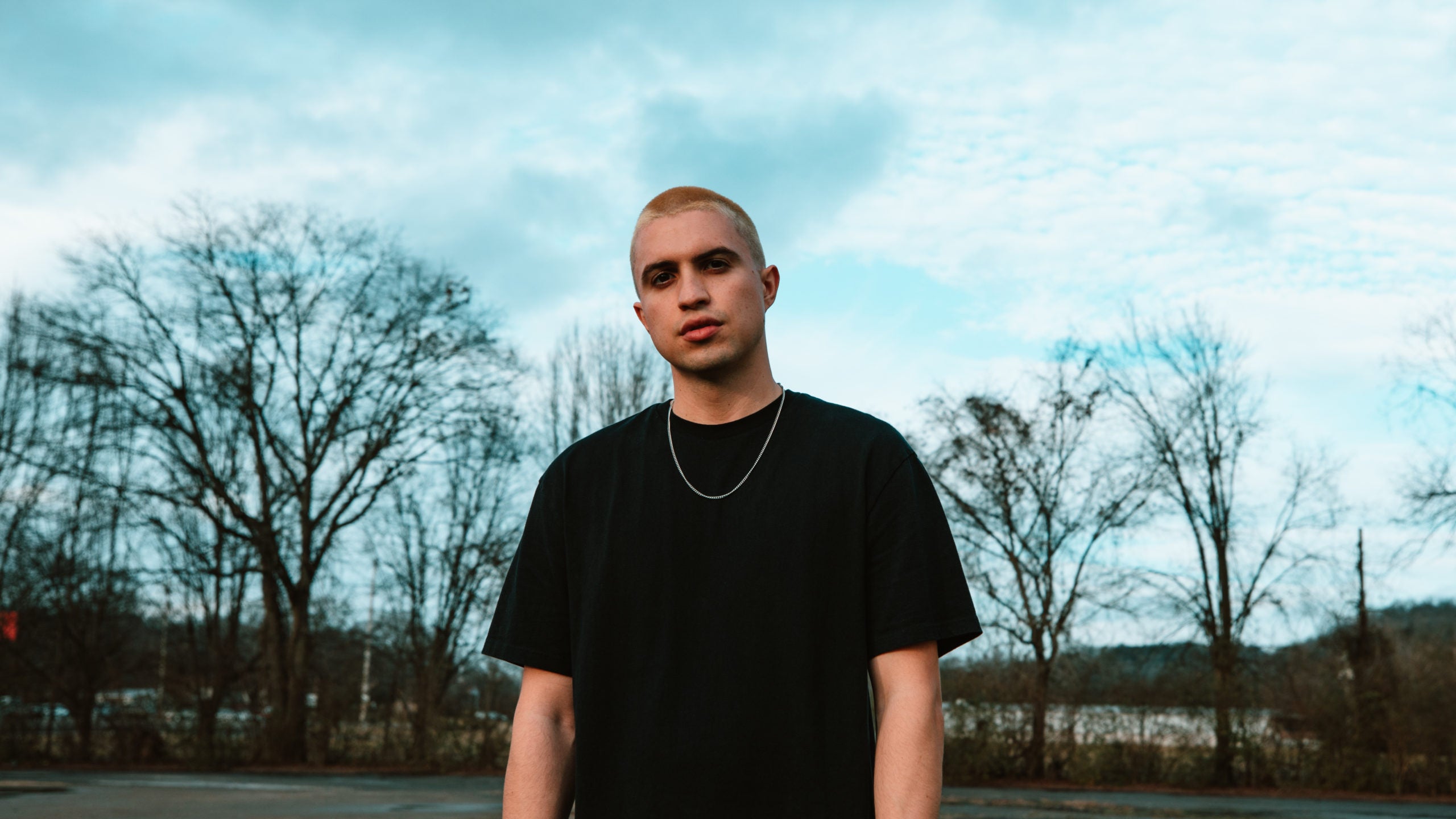 Devin Guisande, who goes by the name Kyd the Band, grew up in a music-loving household: His mother is an “amazing singer;” his father is a pastor; he started playing drums at 10, and then picked up the piano and guitar soon after.

But with his family being closely involved with the Pentecostal Church, his parents forbade him from listening to secular music. In fact, it wasn’t until he was 18 years old that he learned who Kanye West is.

Thus, when he and his brother Kyle founded Kyd the Band, and started writing his own songs at the age of 16, Devin had to rely mostly on his own instincts, because he didn’t have much outside influences.

“I felt like I missed out, in a sense, just because other people already knew a lot of music. I felt like I was playing catch-up; that I still have a lot to experience,” he told the Inquirer in a recent video interview arranged by Sony Music Philippines.

But nonetheless, Devin is grateful for the environment he was raised in. Playing in Church introduced him to gospel music, which ended up becoming the bedrock of his work today.

“I grew up on black gospel music, which is really passionate; I think it’s one of the most emotion-filled types of music out there. That’s what I want to feel when I listen to my music or when somebody else listens to it. That kind of set the bar for the kind of music I want to do,” said Devin, who admitted that there were times when he would listen to nonreligious music in secret.

“A couple of times for sure,” he said, chuckling. “Once I got my own car, there were more than a few times when I definitely listened to radio stations I wasn’t supposed to tune in to. And I was torn. I was like, let’s just do this.”

And he did. At 19, Devin, armed with original material and determined to expand his horizons, decided to leave the Church to embark on a musical journey that led him to Los Angeles, California, and ultimately, Nashville, Tennessee, where he finally realized his dreams.

“Listening to secular music just opened another world, soni­cally for me. I realized the musical possibilities where I could fit,” related the singer-songwriter, who soon found himself gravitating toward rock music.

Kyle joined him in Nashville about a year later and together they wrote songs enough for an EP (“Season 1: The Intro”). However, three years ago, Kyle decided that “he didn’t want to do music anymore.” While Kyd the Band has since been a solo project for Devin, he decided to keep the name.

Now, Devin has a conside­rable following, and amassed millions of streams across different digital platforms, thanks to his brand of music that melds hip-hop, R&B and rock. His recent EP, “Season 2: Character Development,” spawned the hit “Easy” and his latest single, “Heartbreak Anthem,” which is about heartbreak and its many forms—a recurring theme in his work. 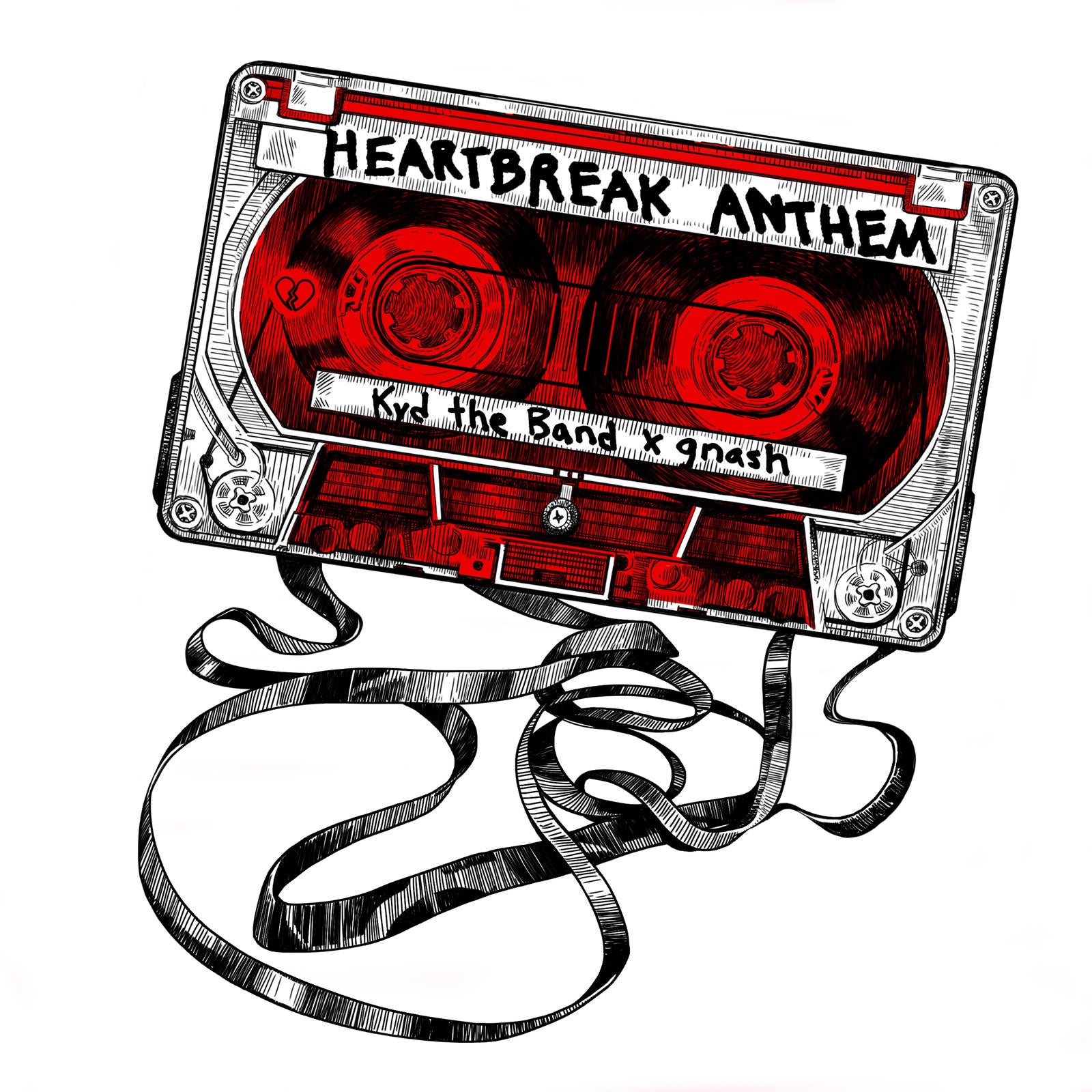 What’s the inspiration between “Heartbreak Anthem?”

Music can get very heavy, deep and sad at times. A lot of my music is this way. I star­ted touring a lot last year. And singing in a room full of people singing along, about heartbreak or pain, feels like really uniting and cathartic. It brings people together in such a strange way that I thought was fascinating.

So I had the concept to write that kind of song. I have been looking for something I could work on with my friend Gnash, whom I connected with after writing a song for his album. I wanted to find something we could collaborate on, something that feels authentic to both of us.

What’s the difference between the two EPs?

Season 1, sonically, feels a little more alternative. And one of the biggest differences is that my brother was a part of making those songs. Season 2 is more pop and rhythmic.

In terms of what the songs are about, Season 1 talks about the beginnings of my life, my childhood and how I was raised … all the things that shaped me early on. Season 2 is all about character development, about the kid emerging from the environment he was raised in and going out on his own to figure out his own path and purpose.

You describe your music as urban rock.

My first taste of music was black gospel, which is very rhythmic. My first-ever experience of working with another artist was with Bone Thugs-n-Harmony. And so, from the beginning, hip-hop and R&B have played a huge role in my music.

But then, there’s this other side to me that loves rock music—Red Hot Chili Peppers, Kings of Leon. So, I figured that if I’m going to describe it and put a label on it, this is probably the most fitting. I think the most blanket way to describe it is just alternative music.

How has the quarantine affected you?

Personally, I’m hanging in there, I’m doing all right. Every day feels like the film “Groundhog Day,” where it feels like the same thing. I’m trying not to eat all the food in my kitchen.

But I’m very fortunate and thankful to be able to work from home. I would say that, creatively, I’m writing more songs now than I have in the last couple years just because I have the time to do it. I had been touring a lot last year until March this year, so it has been cool because I feel like I’m getting out a lot of things I need to say.

You said that the heartbreak you write about isn’t always the romantic kind. Do you also find heartbreak in our current situation?

Yeah, especially with what happened with George Floyd and the protests that followed after that. For a solid two to three weeks, whenever I would sit down to write a song, I just couldn’t write or that I feel I shouldn’t be writing songs that are meaningless. I felt like I needed to try to let the weight of the moment hit me. I need to try to educate myself.

You have also written for other acts, like the iconic hip-hop group Bone Thugs-n-Harmony. Do you enjoy writing songs for other artists?

I like writing for other people from time to time just because it’s a change of pace and feels refreshing to do. I enjoy it because a lot of times when I’m writing for myself, I put so much pressure on what I want to say and the music I want to put out. Sometimes, it’s nice not to have that pressure.

I’ll say this again—Tracy Chapman. She’s amazing. I remember hearing “Fast Car” for the first time and thinking that it’s one of the best songs ever written. I was just like, man, if I can have the career that she has had, and get to a place in life where I can still write songs that feel honest and authentic, I would be really happy.”

Which do you find more fulfilling, performing live or writing songs?

I would say probably performing for people. After touring, I have realized that doing shows allows you to see the kind of impact your music has on people. And when I’m able to, I meet them after my shows. I have learned so much about how my music has become part of people’s lives, and that has been most impactful to me. Music is also about people and connecting with them. Knowing that they have taken something good from my music is the most humbling thing for me.

Have you had any interactions with Filipino fans?

I feel like Filipino people are so passionate about music. I remember that, early on, I did a couple of YouTube videos that got a lot of love from the Filipino audience. And that was my first time interacting with people from the Philippines about my music. Some of them have, to this day, supported me and followed my journey and music, and it just blows me away.