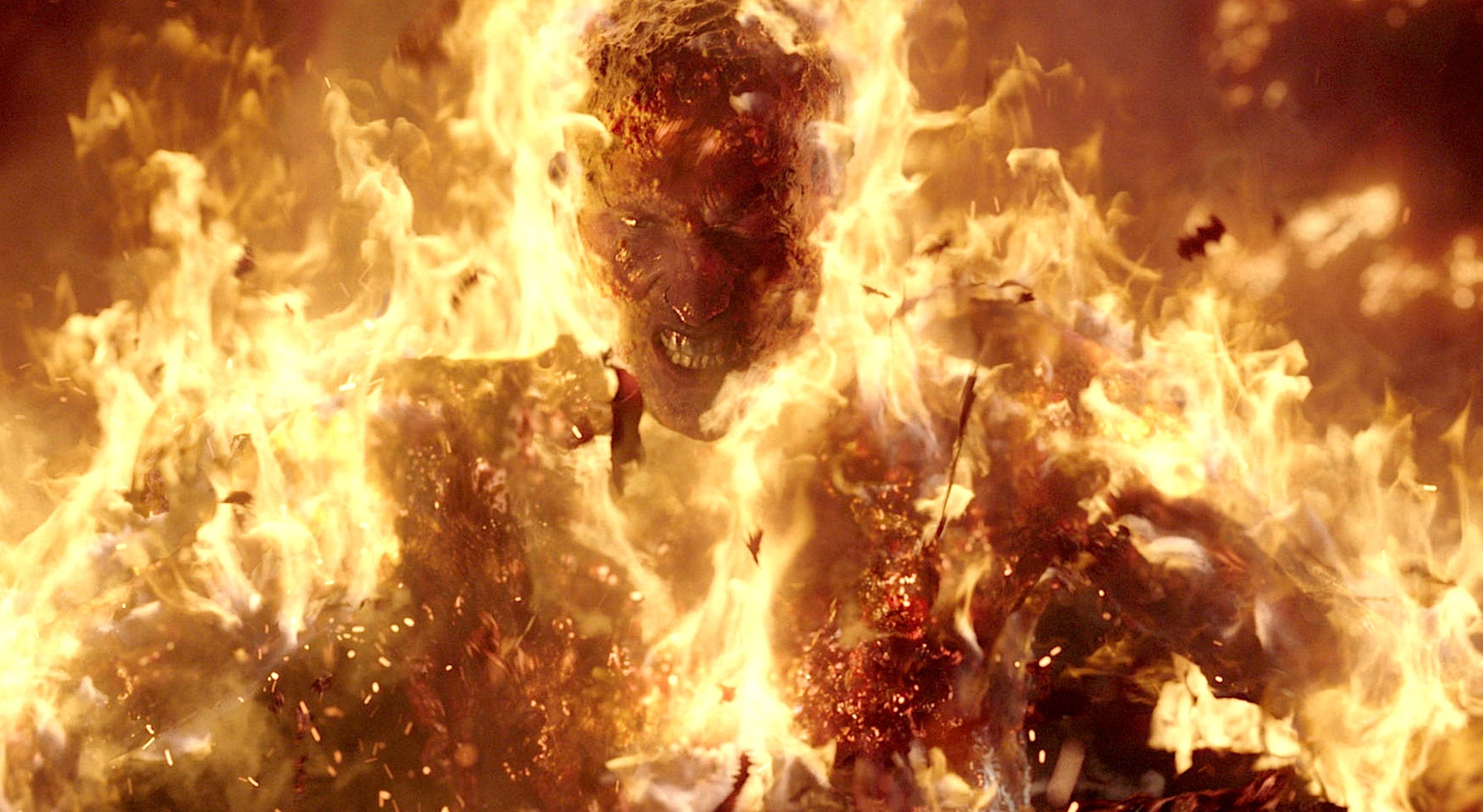 It was such a treat to spend two hours of our day watching the uniquely realized, action-savvy superhero film “Project Power,” starring actors whose career choices we’ve always been fascinated by.

But “meeting” its stars, Jamie Foxx, Joseph Gordon-Levitt, Dominique Fishback and Rodrigo Santoro, albeit virtually, in a video interview last Thursday was more than the icing on the sumptuous cake we were expecting from the slam-bang actioner cooked up by directors Ariel Schulman and Henry Joost.

The movie, which will be streamed on Netflix beginning Friday, is about a cop (Joseph) who teams up with a drug-dealing teenage mole (Dominique) and an ex-soldier with an ax to grind (Jamie) to find the leader (Rodrigo) of a syndicate selling pills that could turn its users into superpowered human beings—but only for five minutes! 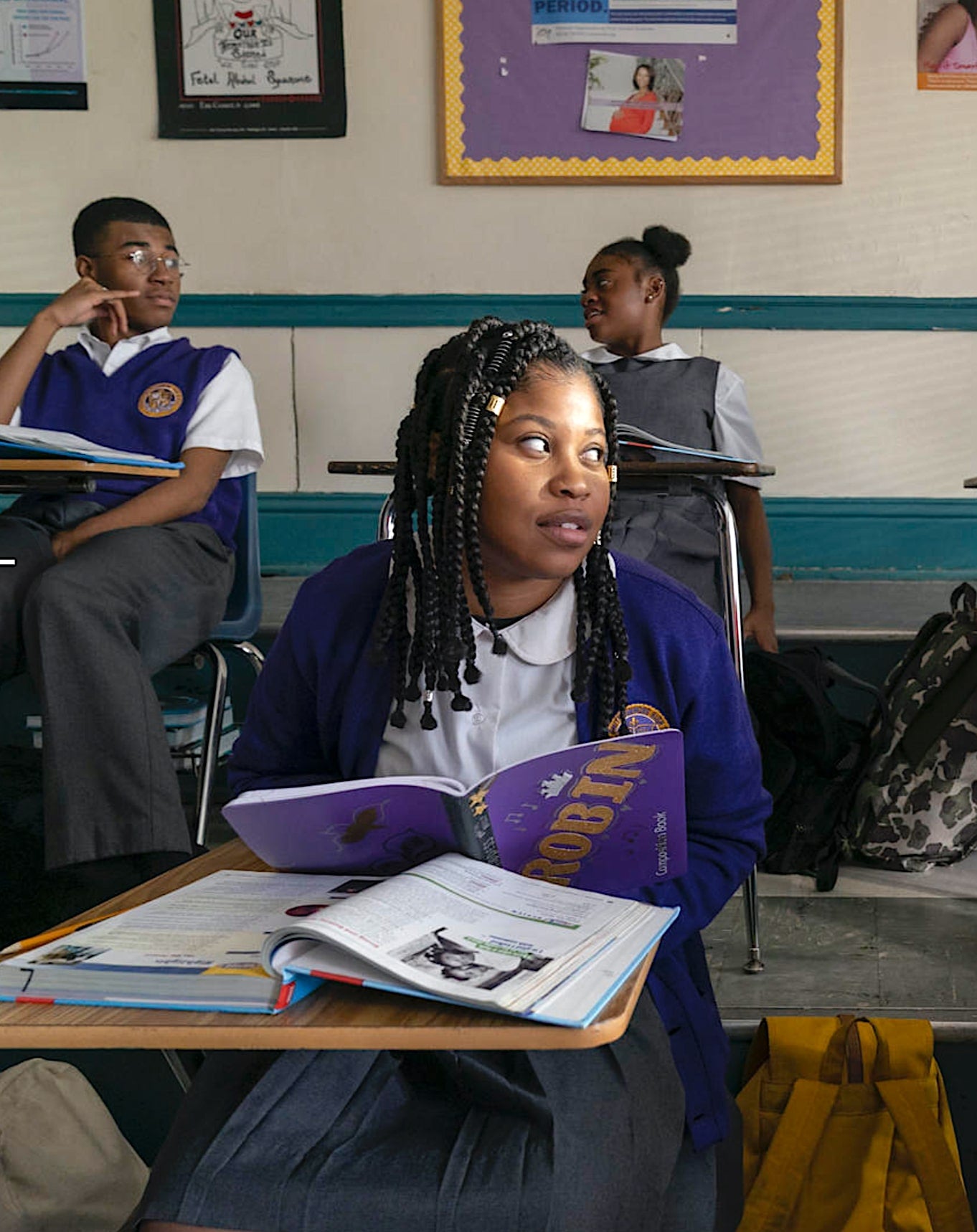 Each pill unlocks skills and powers unique to each user, but you don’t know what sort you’ll get until you take it. There’s a deal-breaking catch, however: While others develop super strength, invisibility, agility, enhanced speed, telekinesis or the ability to fly, others exhibit side effects that could prove deadly.

The film may initially look like just another run-of-the-mill cautionary tale about people punching above their weight but, as Joseph explained in our chat with him and Rodrigo, appearances can be deceiving.

“I see this as a metaphor for technology,” Joseph explained. “Technology has the ability to harm or to help people. It’s up to us to decide how to use it. We’re experiencing this now more than ever, and we’re certainly going to experience it more and more as technology gets more advanced.”

It was refreshing to listen to Joseph and Rodrigo muse over issues more as persons than as movie stars, often taking into consideration their kids or family life when prodded to weigh in on contentious issues.

Of course, it’s hard to forget just how significant they are in their chosen profession. 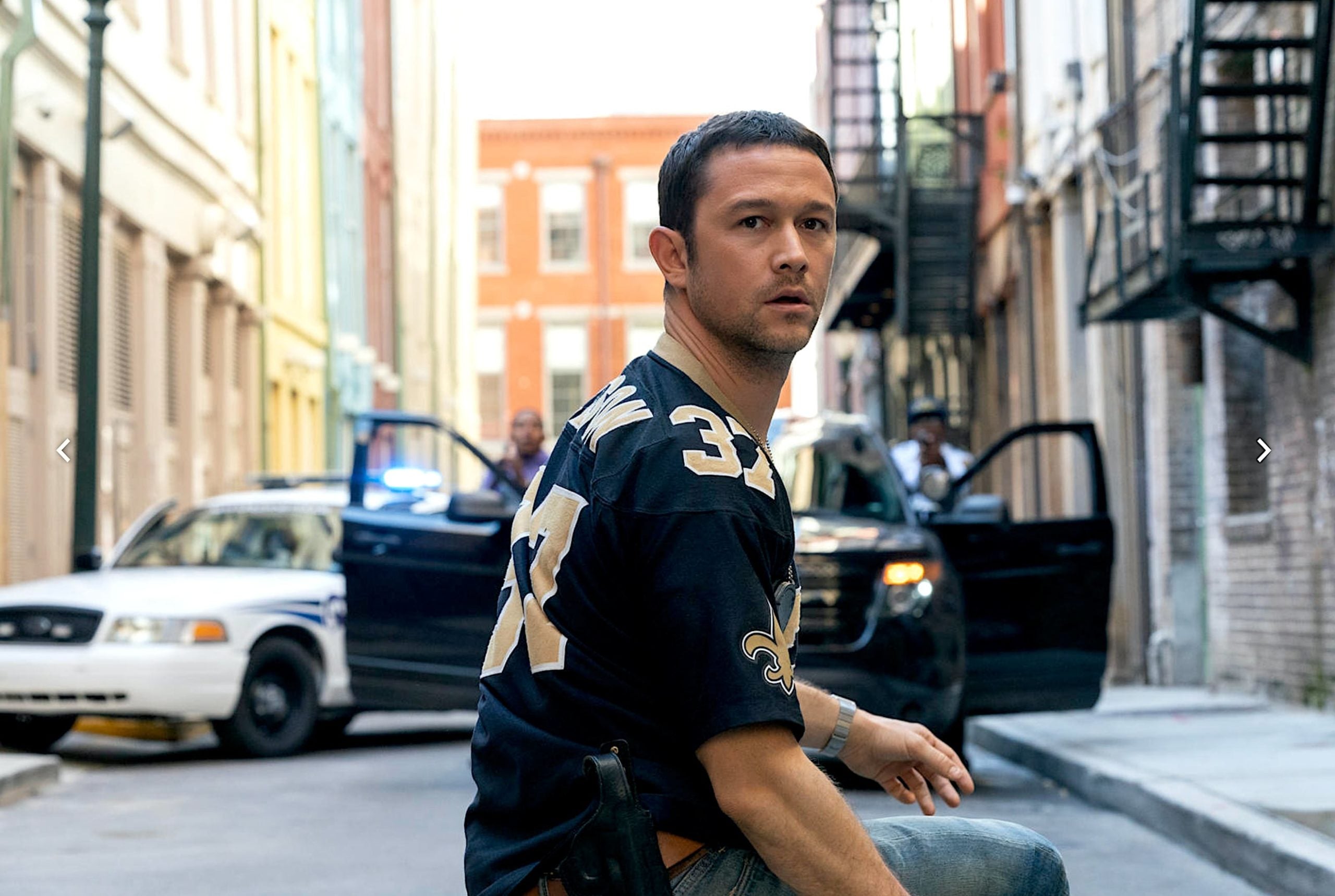 The list of Joseph’s screen oeuvre is too long, varied and remarkable to enumerate, but who can ignore the indelible imprint—dramatic, comedic, musical or otherwise—he had left on projects like “(500) Days of Summer,” “10 Things I Hate About You,” “Sin City: A Dame to Kill For” and “3rd Rock from the Sun,” as well as in the films he did for the legendary likes of Christopher Nolan (“Inception,” “The Dark Knight Rises”), Steven Spielberg (“Lincoln”), Oliver Stone (“Snowden”), Rian Johnson (“Looper,” “Star Wars: The Last Jedi”), Robert Zemeckis (“The Walk”) and Hayao Miyazaki (“The Wind Rises”)?

In Rodrigo Santoro’s case, the 44-year-old actor may not be as big a star as Joseph, but his body of work is likewise nothing to scoff at. We couldn’t take our eyes off him when Walter Salles’ “Behind the Sun” was released in 2001. But it soon became clear that this gorgeous Brazilian was meant for bigger and splashier productions, like Hector Babenco’s “Carandiru,” Richard Curtis’ “Love Actually,” Zack Snyder’s “300” and Steven Soderbergh’s “Che.” 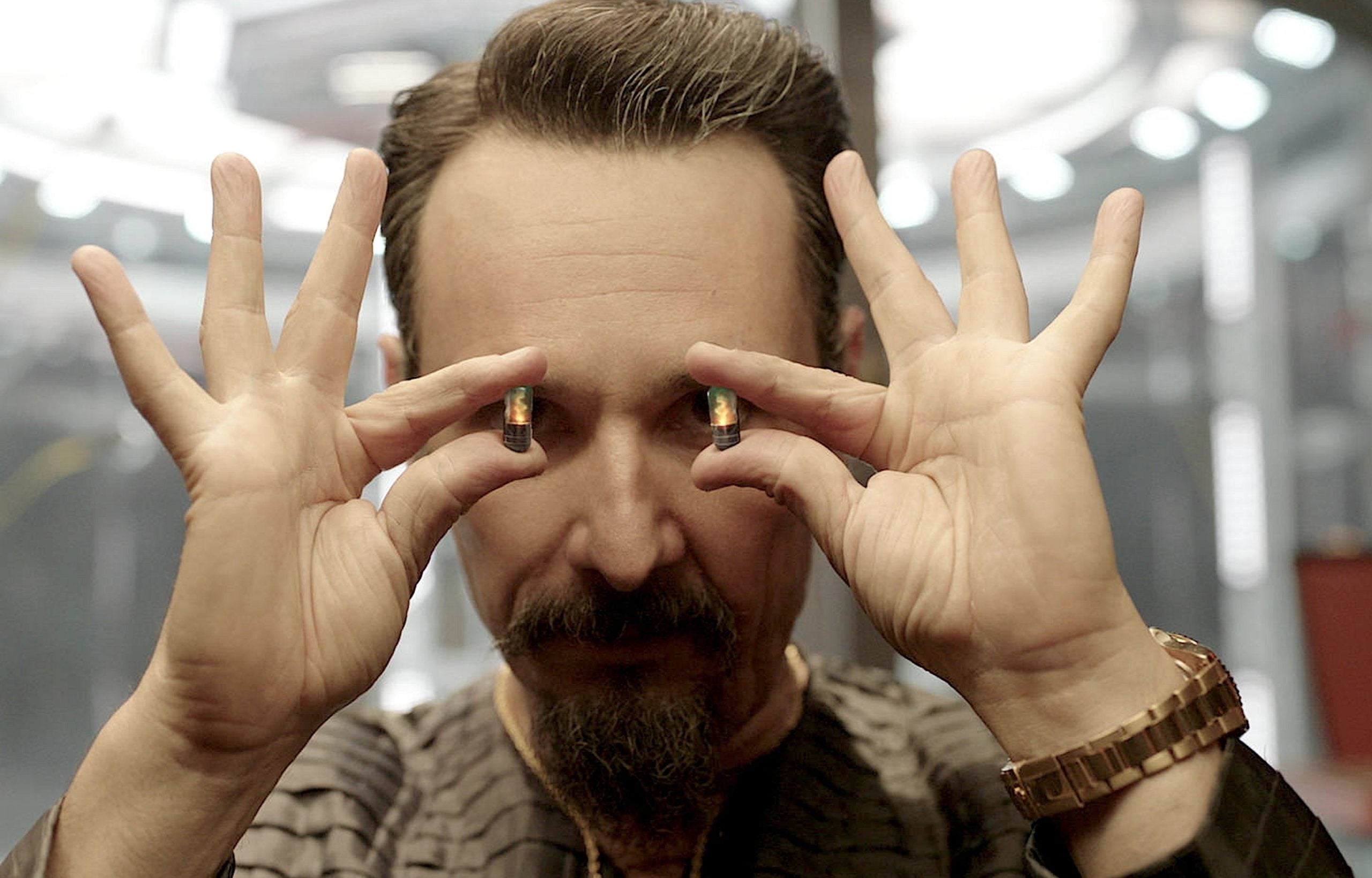 Both actors are aware that superhero films are a dime-a-dozen these days, but, in “Project Power’s” case, the drive to create something entertaining, accessible and relevant was strong.

“When I accepted ‘Project Power,’ I just hoped it would turn out to be a lot of fun—and it really was,” Joseph said. “You see, I actually took a couple of years off acting because I became a dad (he has two sons, born on 2015 and 2017, respectively). I was fortunate enough to be able to take some time away just to be with my babies.

“And when I finally returned to acting, my first job was this very intense and challenging drama called ‘7500’ (about a pilot whose plane is hijacked by terrorists), which just came out. After doing something so heavy, I wanted to do something fun for a change. So, when I read the script for ‘Project Power’ and heard that it was going to be with Jamie (Foxx) and that we were going to shoot in New Orleans, I thought, ‘Yes, this is going to be a lot of fun!’”

For his part, while Rodrigo didn’t have a lot of expectations for the film, he knew he was in very good company. “I struggle to create expectations about anything in life because there are things beyond our control,” he said. “When we create expectations, we probably are not going to get whatever we thought we would.

“But with this film, I was just very happy to be a part of it from the start because I knew that Joseph and Jamie were attached to it. That was a big attraction for me—to be able to work with them and get to know them better.

“One of the major factors that I consider when I do something is the experience that I think I’ll have. When you like what you’re doing, you forget you’re working. Then, it becomes a part of my life—an experience that’s going to stay with me for some time.

“We never know what’s going to be the result of the film—it’s like betting on something, and with no perfect formula for it. You just know that it’s going to be exciting and enlightening if you’re working with guys like Joe and Jamie.” 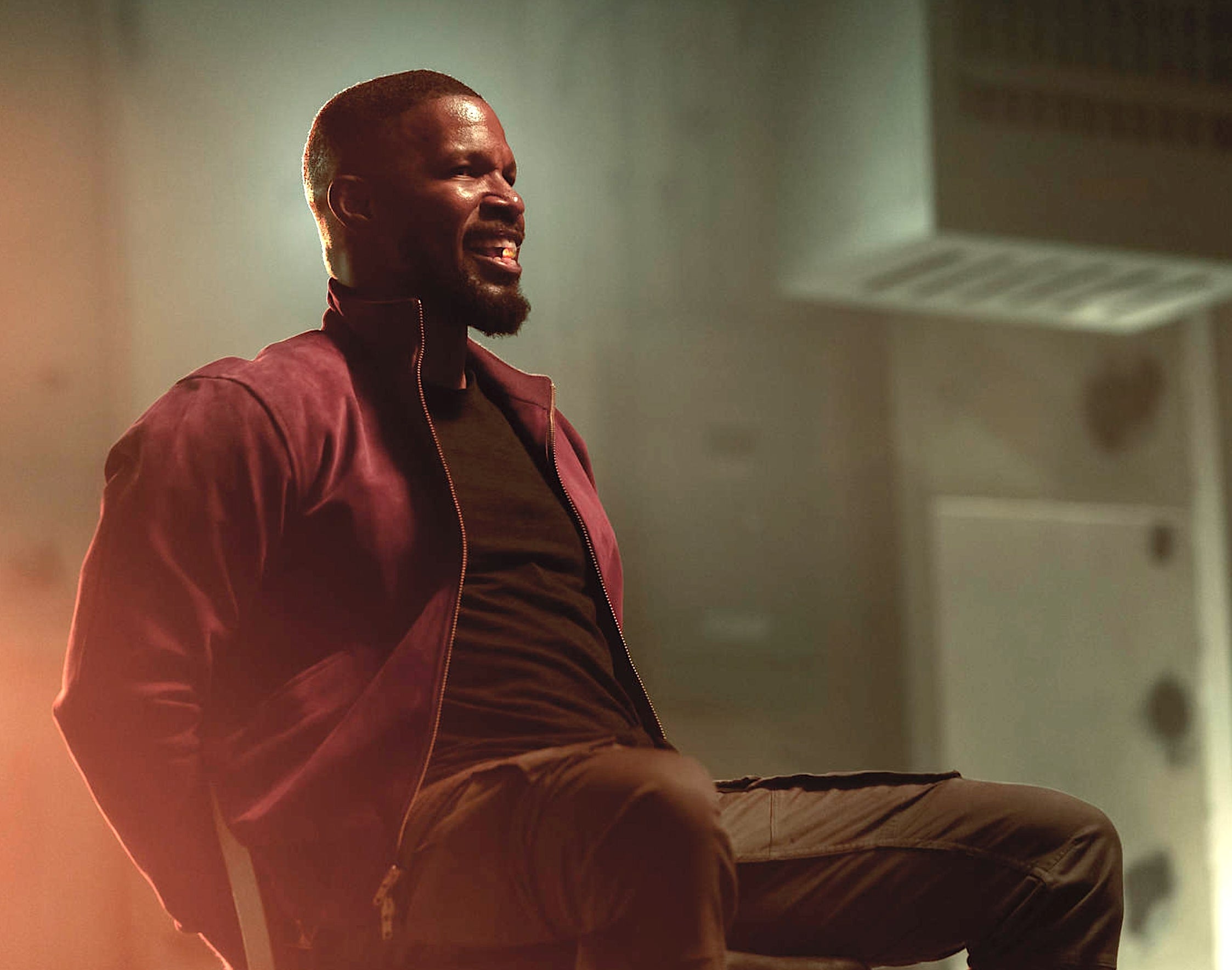 Our Q&A with Joseph and Rodrigo:

Power is used as currency to survive these days. Was power something you wanted to have growing up, maybe as a child wanting to be a superhero or, later, as someone older wanting to wield a measure of influence over something or someone?

Joseph (J): Wow, that’s a cool question. It’s sort of similar to how technology is used as a source of power—in this case, the ability to have an impact on people, whether it’s helpful or harmful to others. I certainly strive to be helpful in whatever way I can, in small ways with the people in my life, like my family and friends, or in more far-reaching ways, the way art, movies, music and telling stories can be powerful. So, I try as much as I can to do work that’s powerful. I don’t know how much impact it makes, or if it makes a mark or doesn’t, but that’s what I strive for.

Rodrigo (R): Let me go back to my childhood and access that box. I’d say, yes and no. Growing up, I fantasized about so many things, like traveling or flying. I’ve never been a very ambitious person in terms of possessing things. It’s not something I always liked. I didn’t dream of having a big house or a car—those things were never big for me.

I’m very much connected to nature. It’s always been about the way I grew up and how I was raised. So, those were the biggest values for me—and they still are. If I have a small house with trees around and if I can be surrounded by nature, I’d say that’s power for me.

In fact, that’s where I am right now and where I chose to be during this pandemic. I came back to the city where I was born in Brazil (Petropolis in Rio de Janeiro), where I’m renting a house. I’m in the middle of the woods!

For Joseph, your cop character decides to take the drug to fight power with power. Do you think that this is a reflection of our society in any way, with the good guys now powerless against the forces of evil?

J: It’s remarkable that the character I play is trying to do good, but he also ends up having to break the rules. So, it does pose these questions: Are the rules right? Do we have the correct rules in place? That’s the sort of question that runs through the movie—who has the power and why? Is it right? Is it just for some people to have the power in this world?

Those are some of the questions that everyone in the world is asking right now, because we’re seeing power consolidate into more and more power in the form of money being held by fewer hands.

I love a movie that is a thrill ride on the surface, but manages to ask pertinent questions underneath. And I’m glad you’re picking up on that.

If this drug existed in the real world, would you guys take it? And what sort of power do you hope you’d get? 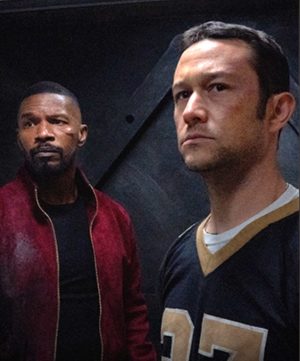 R: It depends. If it’s dangerous, like it is in the movie, I would not take it myself. If it wasn’t, I’d go for time travel. I would go somewhere in the past, then jump forward to September next year, because I’m very curious. I want to see what’s going on, then I’d come back to where we are right now so I can tell you [what’s in store for all of us]. I hope it’s good news (laughs).

J: The thing about the pill in the movie is, you don’t know what you’re going to get—it’s different for everyone. You can’t really control what happens. It could be good or it could be bad. But, I’m in a fortunate position where I don’t have to risk my life that way. I consider myself lucky for that reason. So, no, I wouldn’t take that pill at all. I have too much to lose because I’m a dad.

This is what we do as actors. We put ourselves in other people’s shoes when we play a character that’s different from ourselves. And I could really take that to the next level and put that power to good use. I think that would exceedingly be illuminating!