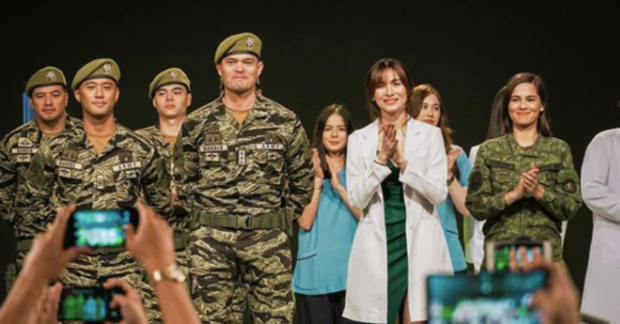 Cast members of the Philippine remake of “Descendants of the Sun” (Image: Instagram/@mercadojenny)

The Philippine remake of the Korean drama series “Descendants of the Sun” has been recognized as the Most Popular Foreign Drama of the Year at the Seoul International Drama Awards.

GMA shared the achievement on Instagram yesterday, Aug. 10, alongside a poster of its stars Dingdong Dantes, Jennylyn Mercado, Jasmine Curtis-Smith and Rocco Nacino.

Dantes later spoke about the win on his own page and thanked the show’s crew as well.

“A proud member of Team DOTS here!” he said. “Congratulations to the men and women behind the show!”

His co-star Mercado also expressed her gratitude for the award while thanking the show’s fans.