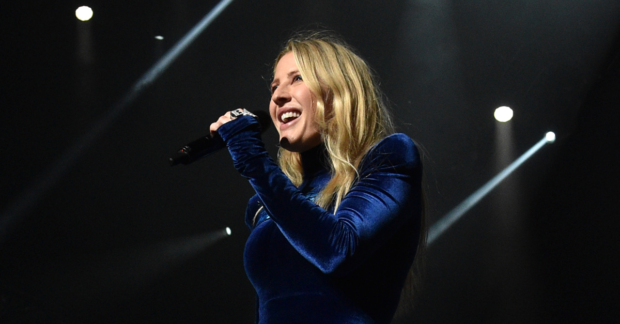 Goulding has now announced that she will celebrate the release of the long-awaited follow-up to 2015’s “Delirium” with a special livestream performance.

The pay-per-view event, dubbed “The Brightest Blue Experience”, will be captured live from the Victoria and Albert Museum in London starting at 8:30 p.m. British Summer Time on Aug. 26.

Additional streams will be broadcast throughout the day to accommodate Goulding’s global fanbase, with information about the schedule and tickets available on the event’s official website.

“The Brightest Blue Experience” will find Goulding performing a selection of songs from her new double-sided album, which notably features collaborations with serpentwithfeet, blackbear, Lauv, Diplo and Swae Lee as well as the late rapper Juice WRLD.

Tickets for the Brightest Blue Experience are on sale now. This is going to be the first opportunity for me to present #BrightestBlue in a live setting. It's going to be a one of a kind show that won't be repeated or shown anywhere else. Tickets are available from my official website. Love you all 💙x

The singer-songwriter will also play fan favorites from her extensive catalog. She will be accompanied by “a special ensemble of live musicians and a very special guest.”

“Since touring isn’t possible for the time being I’m so excited to be able to debut some of my new album to fans across the world with this one-off show. It’s a truly incredible opportunity to push my creative boundaries and perform inside one of London’s most iconic museums – I can’t wait for you all to see the spectacle we have put together for this extraordinarily special experience,” Goulding said in a statement. RGA