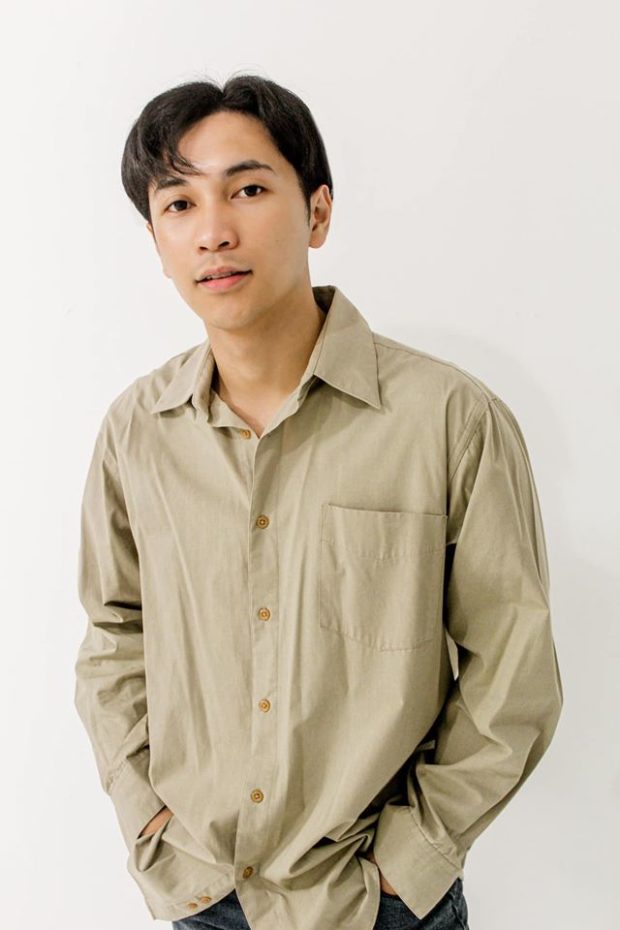 CJ Villavicencio: “I am sorry if I caused undue distress, seemed disrespectful or if I have hurt the theater community.” Image: Facebook/@cjvillavicencio03

The winner of online talent contest “The Pop Stage” has spoken up following allegations that he plagiarized the musical “Ang Huling El Bimbo.”

However, his piece earned criticism for its similarities to the concept and arrangement of “Ang Huling El Bimbo.” Eraserheads’ Ely Buendia and musical director Myke Salomon were among those who accused Villavicencio’s work of being a “rip-off.”

Villavicencio released a statement on Facebook last night, Aug. 4, to address the controversy, saying he was sorry “if I caused undue distress, seemed disrespectful or if I have hurt the theater community.” 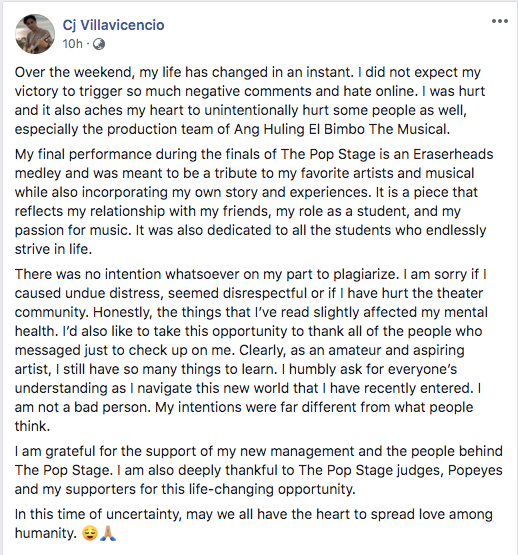 “Over the weekend, my life has changed in an instant. I did not expect my victory to trigger so much negative comments and hate online,” he said. “I was hurt and it also aches my heart to unintentionally hurt some people as well, especially the production team of Ang Huling El Bimbo The Musical.”

He said his finals performance was a “tribute to my favorite artists and musical while also incorporating my own story and experiences.”

“There was no intention whatsoever on my part to plagiarize. I am sorry if I caused undue distress, seemed disrespectful or if I have hurt the theater community,” he wrote.

He also mentioned that his mental health has been “slightly affected” and that he was “not a bad person.”

“Clearly, as an amateur and aspiring artist, I still have so many things to learn. I humbly ask for everyone’s understanding as I navigate this new world that I have recently entered,” he said. “I am not a bad person. My intentions were far different from what people think.”

“I am grateful for the support of my new management and the people behind The Pop Stage. I am also deeply thankful to The Pop Stage judges, Popeyes and my supporters for this life-changing opportunity,” he concluded. “In this time of uncertainty, may we all have the heart to spread love among humanity.”

Criteria for judging were creativity/originality, performance quality and entertainment value. However, for the finals round, no scoresheet was released, unlike previous episodes.

Following the backlash, “Pop Stage” has pulled out the videos of finalists on its Facebook page, including episode 12, which featured these performances. The show has yet to make a statement on the issue.  /ra