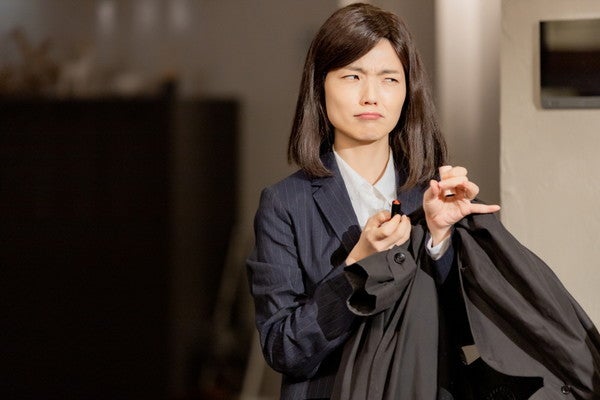 SEOUL — Once considered fit only to be watched on mobile devices, short-form content has recently been making inroads into television.

On July 4, JTBC kicked off its first short-form omnibus “Just Comedy.” Comprising five 10-minute episodes that blend comedy with other genres, the show features some of Korea’s most popular comedians, including Jang Do-yeon and Yoo Se-yoon.

The show seemed quite successful, creating sensation on social media, but the viewership ratings of the regular episodes were disappointing. The first episode hit 1.4 percent, and the figure dropped steadily since, falling below 1 for the fourth installment.

It was star producer Na Young-seok who first attempted short-form programs on Korean television, challenging various ways to adapt the new format to the traditional medium.

Last September, Na launched his first short-form series “Iceland in Three Meals” — a spin-off to his popular “New Journey to the West” — which aired 11 five-minute episodes on the regular broadcast and simultaneously posted longer full-length versions of the episodes through YouTube.

While TV viewership share stayed around 4 percent, the online episodes racked up millions of views. “Iceland in Three Meals” was followed by “Ramyeonator,” another series of 11 five-minute episodes crossing over with YouTube. In a sense, television has become a way to attract viewers onto the online platform.

With such successful experience in hand, in January, Na introduced a complete short-form program for the television — “Friday Joy Package.” The show consisted of 10-minute long standalone programs in one episode, each dealing with six different topics.

“I felt the television shows are too long right now. The broadcast industry is changing fast and people are not sitting in front of the television,” Na had said during the show’s promotional event. “If most people watch a video for 10 minutes, then it would be our job as producers to evolve according to such pattern.”

As radical as the change may have been to the rigid structure of Korean variety shows, the show maintained low viewership ratings of 2-3 percent throughout its 11-episode run, an appalling figure for the star producer.

Culture critic Kim Heon-sik said producers may be falling for what he calls the “short-form trap.”

“When we say ‘short-form,’ it does not only refer to the short length. It is based on the social media where the viewers can interact with the contents and between themselves,” Kim said. “The so-called short-form shows recently being attempted on the television are closer to fragmentation of the regular shows, rather than the genuine idea of short-form.”

According to Kim, the key difference between short-forms and merely short videos lies in the subcultural code that has an explosive power on the social media, where viewers don’t scroll numbered channels but are naturally introduced to videos that match their preferences.

With a wave of short-form content on the web, some of them are reversing their way into air time. Last year, web-drama “Eighteen” and “In Seoul,” originally streamed through Naver TV, were aired on television thanks to their sensational popularity. KBS’s original web variety show “Guracheol” — fronted by star comedian Kim Gu-ra — aired two of its episodes on KBS2 at the request of the broadcaster.