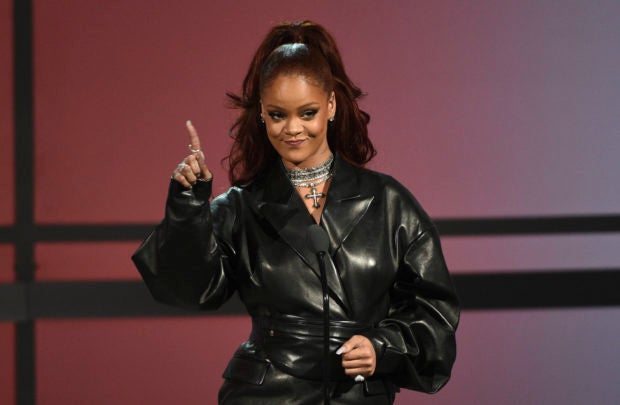 In the last three years, Rihanna has launched her own luxury fashion house and lines of cosmetics, lingerie and skin care products.

But what about the new album?

This question and its various permutations often inundate the comments section of her social media accounts whenever the pop star posts about a new venture that’s unrelated to music.

The last album Rihanna released was “Anti” in 2016. And ever since, the fans have been bugging and begging her for the follow-up.

But not to worry, she said. While she appears to have her hands full with her business ventures, she said that she’s never not making new music. And she will make sure that their wait won’t be all for naught.

“I’m always working on music. When I am ready to put it out in the way that I feel fit, it’s gonna come out,” the singer said in a recent interview with Entertainment Tonight. “And you’re not going to be disappointed when it happens. It’s going to be worth it.”

She knows that her followers are desperate for new music. But she’s not about to release anything half-baked. “I’m not just going to put it out just because people are waiting. It has taken this long; I’m gonna make it worth it,” the 32-year-old Barbadian artist and entrepreneur said.

However, in a previous interview with British Vogue, Rihanna did say that some tracks in her upcoming ninth album will include some reggae elements. But overall, the album won’t be bound by a speci­fic format or rule—“just good music.”

“I feel like I have no boundaries. I have done everything. I have done all the hits, I have tried every genre. Now I’m just wide open. I can make anything that I want,” she said.

This August, Rihanna will be marking the 15th anniversary of her debut album, “Music of the Sun,” which spawned the hit “Pon de Replay.” Looking back at how far she has gotten since, she still can’t quite believe what she has managed to achieve.

“I’m also grateful to still be here, being able to expand into other ventures.” INQ