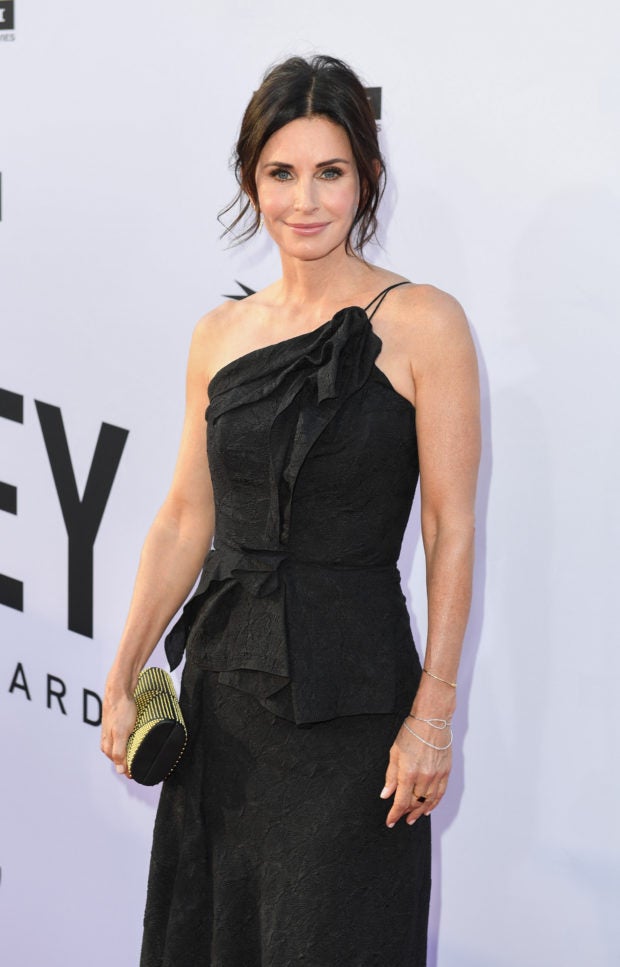 “Friends” star Courteney Cox will be reprising her popular role as Gale Weathers in a fifth installment of the horror film franchise “Scream”.

Cox will be reuniting with her costar and ex-husband David Arquette on the upcoming production, as per an exclusive report by Deadline last Friday, July 31. Arquette is also set to reprise his role as Dewey Riley, the partner of Cox’s character.

Matt Bettinelli-Olpin and Tyler Gillett of filmmaking group Radio Silence will be heading the fifth installment of the horror saga. Screenwriters James Vanderbilt and Guy Busick completed the movie’s script.

The series’ creator Kevin Williamson will executive produce it along with Radio Silence’s Chad Villela. Meanwhile, Vanderbilt, Paul Neinstein and William Sherak are serving as producers.

Prior to Bettinelli-Olpin and Gillett, the first four “Scream” films were directed by Wes Craven. Craven passed away due to a brain tumor in 2015.

Following the announcement, Cox shared the news with a short video on her Instagram page. The post featured the iconic Ghostface mask from the series alongside the phrase “I can’t wait to see this face again.”

Cox originated the role of news reporter Gale Weathers in the first installment of the horror franchise back in 1996. She then starred in the three succeeding movies in 1997, 2000 and 2011.

Along with the upcoming fifth “Scream” film, Cox currently hosts the Facebook Watch documentary series “9 Months with Courteney Cox”. The report also stated that she is set to star in a horror-comedy called “Shining Vale”. Ryan Arcadio/JB