From Cinemalaya to Cannes

After participating in this year’s Cinemalaya Philippine Independent Film Festival, Hubert Tibi’s short film “Pabasa Kan Pasyon” will be heading to Cannes in 2021.

The 14-minute drama will be part of the Short Film Corner of the Cannes Court Métrage section of the prestigious 2021 Cannes Film Festival in France, the director told Inquirer Entertainment over the weekend.

“It was supposed to be part of this year’s edition in Cannes, but I got an e-mail from the organizers saying it will just be included in the 2021 lineup. I guess that’s a better move for the film,” Tibi pointed out.

Meanwhile, “Pabasa Kan Pasyon” will be joining nine other short films in Cinemalaya’s main competition. The weeklong event will be from Aug. 7 to 16, but not in the festival’s usual venue—the Cultural Center of the Philippines in Pasay City. Because of the pandemic, all participating films—including those for exhibition—will be seen on Vimeo.

In “Pabasa Kan Pasyon,” religion and economy take center stage in a Bicolano family’s story, set during the Lenten season. To make ends meet, one of them turns to religion and pushes his mother to make a living off her faith.

Tibi, who grew up in Bicol, said most of the scenes were shot in Calabanga, a municipality in Camarines Sur that is 30 minutes away from Naga. “But we also shot some scenes in Legazpi, which is two hours away. That’s the part where you see them walking with Mt. Mayon in the background. ‘Pag Bicol film, dapat may icon na Mayon,” he quipped. 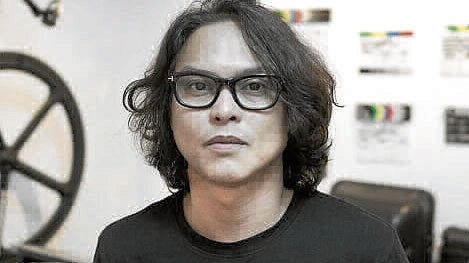 Tibi worked on the project for five days during Lent of 2019. “We shot on Holy Monday, which was the first day of pasyon (observance of the passion and death of Jesus Christ). My main actor (Buboy Aguay Jr.) used to be my teacher in high school. I called him up because I was on vacation and I had wanted to be useful. At the time, I only had my camera and one lapel set. I had no script,” he recalled. “What we shot was part of a play. I simply documented it. From there, I thought of the story.”

The cross that Buboy is seen carrying in the film wasn’t part of the original plan either, said Tibi. “We just worked with what was available. (Buboy) showed the cross to me and I agreed that we should use it. It has since become the iconic item in the film. Each competing Cinemalaya finalist is supposed to have an iconic item,” he explained.

Tibi said the goal of the film is to expose the audience to the reality that “there are those who make money off other people’s faith. Buboy forced his mother to do pabasa because they earn a lot from tourists and vacationing locals from other regions. That became their racket.”

Tibi has been staying in Bicol since the government ordered all of Luzon to go under enhanced community quarantine in March. He said he would probably return to Manila in December. He pointed out that he also doesn’t mind the fact that, for this edition, Cinemalaya has no theatrical component.

“It’s already my fourth time to join Cinemalaya, anyway. It’s better this way because it’s easy to just give the links to the films to friends wherever they are in the world. It’s more convenient, unlike when you have to go to the theater—you also have to deal with traffic and the weather,” he explained. “Although watching inside a theater is still ideal, especially when it comes to appreciating cinematic shots. Sayang, but we really have no choice. Hopefully, we can experience that again next year.” INQ