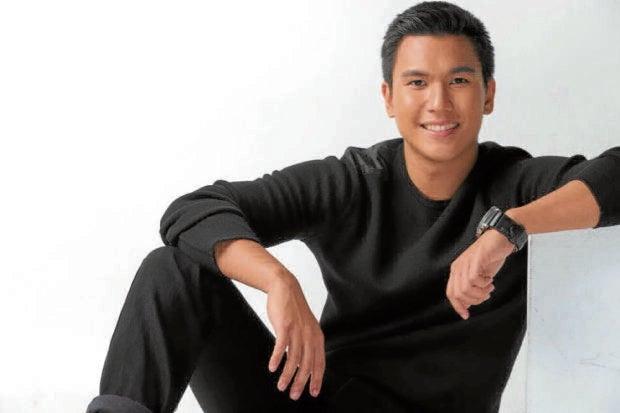 “You’re damned if you do and damned if you don’t,” said former “Pinoy Big Brother” housemate Gino Roque IV when Inquirer Entertainment asked him if he was ready to return to work even though the number of COVID-19 infected cases in the country continues to rise.

“You have to look at… [both sides]: We don’t want to let the cases spike because once it does, it can generate another lockdown. The other side of this is that if you don’t start up the economy now, it will continue to go downhill. The longer we wait means more people will go hungry. We don’t want that,” pointed out Gino, who, aside from dabblingin acting, is also running several local-based businesses.

“It’s really a balancing effort. I feel that right now, the most we can do is to exercise social distancing. I really feel that our economy should be starting again,” he declared.

Gino, who is part of “PBB Otso: Batch 4,” will be working on a romantic comedy series that will be streaming on iFlix soon. Production is expected to start in October, he said.

“I imagine that working on the series would be difficult at the start because I’ll be dealing with people I don’t know. Trust factor is important. We all have to be tested first. As the shooting days progress, I expect that we’ll start to warm up with everybody and get to work like that,” said the six-foot-one actor.

Sadly, Gino is not allowed to reveal much about the project, including who his leading lady would be. Online reports, however, said ABS-CBN actresses Julia Barretto, Barbie Imperial and Jane de Leon were being considered to play the part.

“What the audience needs to know is that it’s very different from other romcom stories out there. I can say for sure that it will tackle the pandemic, too. I’m happy that the role I will play is not that far from who I really am,” said Gino, who is also a former member of the youth national water polo team.

“I hate it that I can’t even say its title,” Gino added: “From what I see right now, it’s something so new, so refreshing. It deviates from the usual boy-meets-girl plot because it has so many different aspects to it. It’s something I’m really passionate about.”

Asked how joining PBB changed his personality and perspective in life, Gino said: “It was a totally different environment for me. I came from a different industry, and never took acting lessons before I became a part of the show. All of a sudden, I was thrown in the mix. I had no idea how things work, but I just said ‘let’s just do this!’

He added: “The good thing about PBB is that it takes away all the advantages and disadvantages that you have from outside the house, as well as your resources and connections. You’re stuck with a group of people with the same resources you have. Luckily, I was able to perform well, even though everything I own was taken away from me.”

Gino carried the title “Businessman of Steel ng Quezon City.” He was paired with housemate Kiara Takahashi, and they were collectively known as KiaNo. While Gino admitted to having courted Kiara after the contest, the two have remained friends.

Aside from being an actor, Gino runs several businesses, with the popular clothing brand Kamiseta being one of them. “During the ECQ (enhanced community quarantine), we donated a lot of face shields and helped different organizations. Our business (Vantage International Direct Sales) also gave income to a lot of people during the pandemic. What we did was make our products even more affordable for them, so that when they sell, they earn more money,” Gino explained.

“I personally believe that if you give everybody a thousand pesos, that will last them for a short while,” he pointed out. “What we do is teach people how to sell. This totally changes the ball game for them. I actually have a fan who had no idea about business before she joined us. Now, while people are losing jobs, she has income.”

These days, Gino said he would pray “for people to be strong and resilient; for a vaccine to be developed quickly—I know there are a few vaccines that are already in the final stages. I hope they will be able to speed up the process because, in terms of our economy, a lot of things hinge on that. I actually don’t have a personal prayer, except for me to keep the same focus, to keep striving, even though we are experiencing a really tough time.”—MARINEL CRUZ INQ