Liam Neeson opens up about his late wife Natasha Richardson, says he often visits her grave 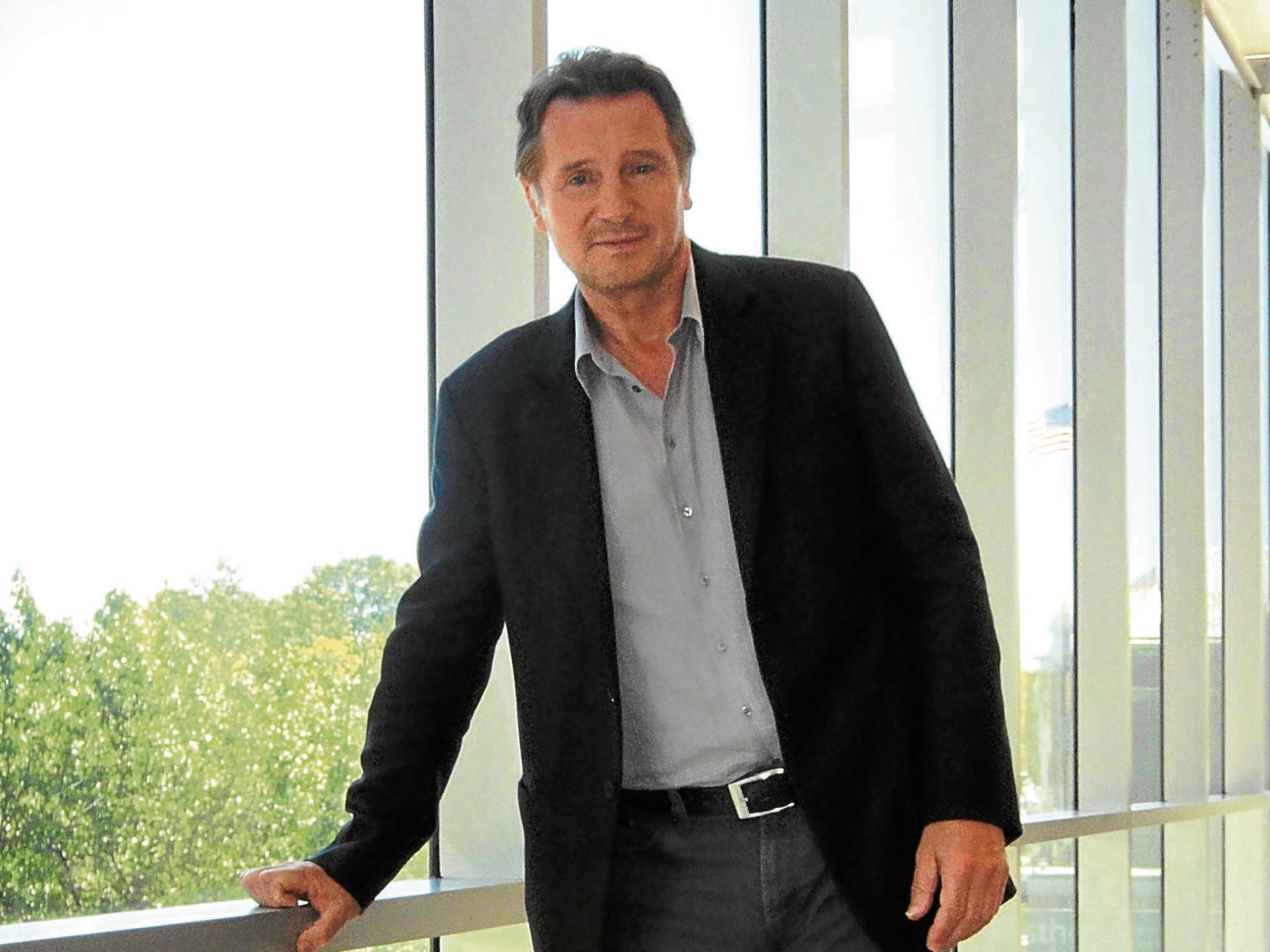 LOS ANGELES—“Some people who were very dear friends of Natasha told me of their dreams,” Liam Neeson began when asked if he has dreams of Natasha Richardson, his actress-wife who died in a skiing accident in 2009.

“I haven’t really had clear dreams about Natasha,” added the star of the hit “Taken” movies and noted for his fine performances in such films as “Schindler’s List,” “Michael Collins” and “Kinsey.” He and Natasha, who starred in a Broadway revival of “Cabaret,” and in such films as “Nell,” “Patty Hearst” and “The Parent Trap,” were married for 15 years until tragedy struck in a ski resort in Montreal.

“I speak to her every day at her grave which is about a mile and half down the road,” said Liam, who lives in upstate New York. “I go down there quite often, so I do speak to her as if she’s here. Not that she answers me.

“I also speak to a couple of deceased actors that I knew years ago back in Ireland. Is that religious? I don’t know. I was brought up Catholic. But I certainly question death and life and is there an afterlife a lot more, not least because I’m now 68 years of age. I’m way past middle age.”

“I’m sorry I can’t see you,” said the Irish actor in that familiar deep voice in this BlueJeans call (he couldn’t make the video work). “I can’t do this Zoom thing.”

Liam and his older son with Natasha, Micheál Richardson, are appearing in their first major film together in the comedy, “Made in Italy.” Liam and Micheál have played pa and son before in “Cold Pursuit,” but this is their first big collaboration.

In actor James D’Arcy’s feature directing debut, Liam’s Robert returns to Italy with his estranged son Jack (Micheál) to sell the once majestic villa they inherited from his late wife. As they try to renovate the house, which is in bad shape, the father and son soon find themselves at odds. 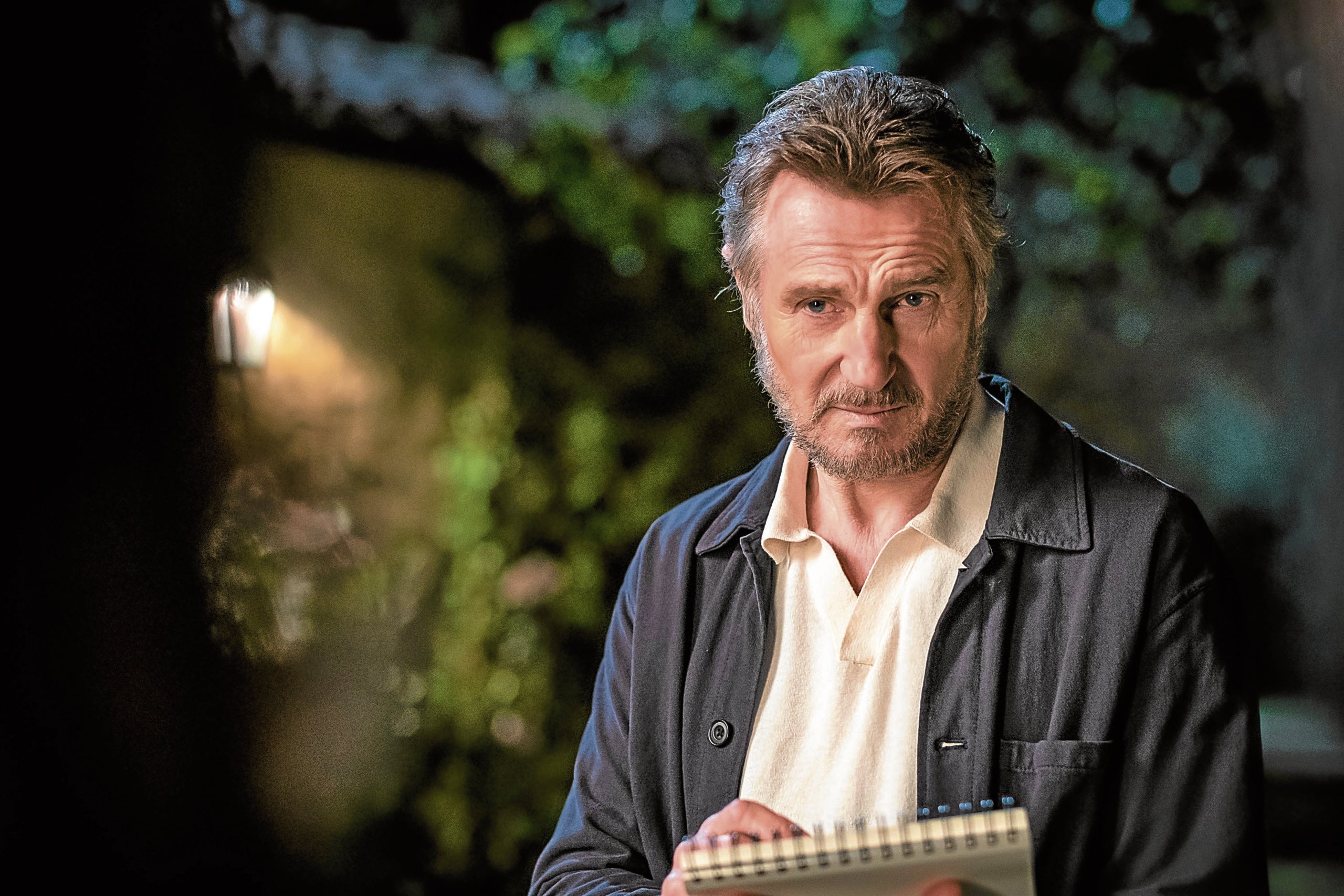 As bohemian artist Robert: Liam Neeson in “Made in Italy” —IFC FILMS

For Jack, the sad state of the villa reflects his search for memories of happier times with his mother. He soon falls for Natalia (Valeria Bilello), a young Italian chef. As Robert and Jack restore the villa to its former glory, with help from some locals, including the ex-pat Kate (Lindsay Duncan), they also start to mend their relationship.

Liam brought up Natasha, with whom he has a younger son, Daniel Jack Neeson. “But it was an interesting process that I still think about every now and again, especially in relation to Micheál having lost his mother at an early age. And myself having lost my wife 11 years ago, which was a huge blow to my family.

“The film is, in some way… I’m not going to say it was cathartic. That’s too easy and too hippie a thing to say. It will help to maybe at some stage open a doorway to our (his and Micheál’s) conversation about stuff and good relationships.”

Liam stressed that in working with Micheál, “I didn’t have to do any particular exercise to act. The fact that he is my son, he just is. There are certain emotional scenes in the film that we both felt without intellectualizing them, without sitting down with the director and discussing them.

“I was very insistent. I remember Micheál’s character Jack and (my character) Robert have a very heavy [scene] up in this room where I keep all her (his character’s late wife’s) memorabilia.

“(Spoiler alert) We have a line after I break down with him (Micheál’s character). There was a line afterwards—he admits to me he’s getting divorced and I say, ‘Thank God.’ Then I say something along the lines of, ‘What have I always said to you? Never even think about getting married until you’re 35.’ (End spoiler alert)

“In real life, I believe that. I asked James (director) to keep that in. He had originally cut that out. I said, ‘James, put it back in because it’s quite funny and it’s something I actually believe in.’ My theory, for what it’s worth, is that ladies get their act together by their late 20s, partly driven by a body clock.

Liam said he also emphasized to Micheál that James, being the director, was the one who called the shots. “I spoke to Micheál before we started shooting to say, ‘Look, there’s only one director and that will be James D’Arcy. It’s not going to be me. If there’s anything you want to ask me to do with the acting, direction, whatever it is, let’s talk after we wrap each day or at lunchtime.’

“But that never arose. So I was very much a fellow actor with my son on set. The three of us had a good working relationship.”

The proud dad said his son impressed him. “Micheál is now 25. He was 23 (during filming). I remember thinking, ‘F**k, I couldn’t have done that at his age.’ That happened a couple of times. Just little fleeting thoughts.”

He recalled their few scenes in the action-drama, “Cold Pursuit”: “We had a couple of little scenes at the beginning of the film. There was one shot where we had to walk out to my garage in order to get into a car. We took a walk with Laura Dern, who was playing Micheál’s mother and my wife. We needed to improvise some lines because there was no dialogue written.

“Anyway, Micheál was very good. I’m not from the school of improvisation at all … I was very impressed with his improvisational skills.”

The actor, whose diverse work runs from “Star Wars: Episode I – The Phantom Menace,” “Gangs of New York,” “Batman Begins” to “The Lego Movie” (as the voice of Bad Cop, Good Cop and Pa Cop), originally did not want Micheál to follow in his footsteps.

“My initial reaction was, I felt upset if only because in Europe and America, the figures are pretty much the same,” he explained. “Those figures are, 65 percent or sometimes 70 percent of actors are out of work all the time. It’s a profession about rejection … So just purely as a father, I didn’t want my son to feel rejected.” 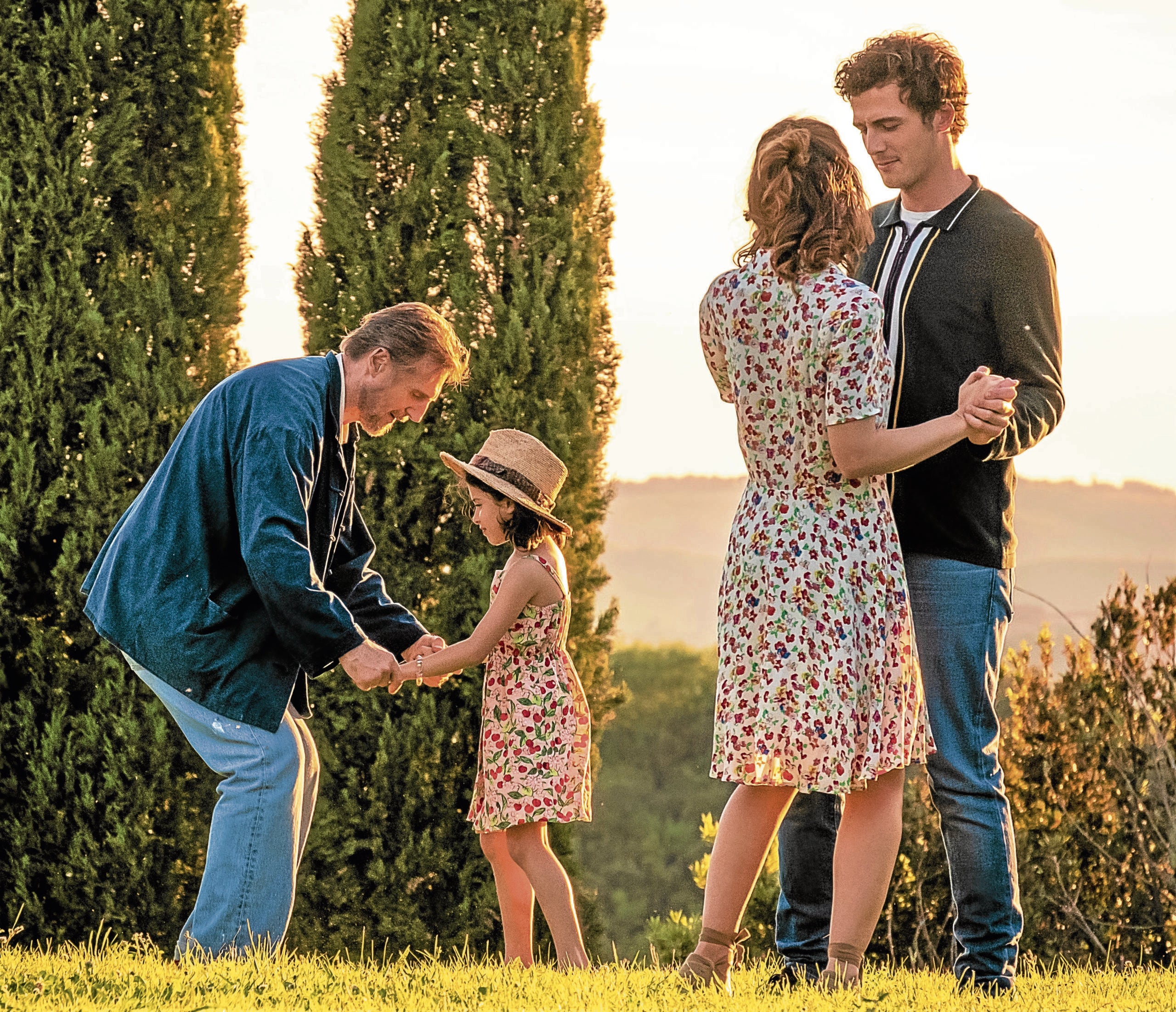 Now, Liam is hopeful about Micheál’s career. “Acting is a craft and you could spend years at it. I’m certainly still learning stuff. I do think he has presence, which is important for cinema, for the camera. So we shall see.”

Told that Micheál sure does have presence, Liam laughed as he quipped, “Yeah, he takes after me, of course.”

On his son’s first name, the father shared, “When I’m angry with him, I call him ‘Mi-hall,’ which is the Irish way. But usually, it’s Micheál. It’s spelled in the Irish way, Micheál, with fada over the a.”

The actor, who joined a boxing team at 9 and quit as a middleweight at 18 in 1970, was candid about enjoying his pandemic lifestyle. “I have to say in all honesty that I’m in a house in upstate New York that I own, thankfully, unlike millions of Americans,” Liam said.

“I know where the next meal is coming from so, I’m very fortunate. To be honest with you, I’m as content as a pig in sh*t. I’ve read maybe 30 books. I’m in the middle of Dostoevsky’s ‘Crime and Punishment.’ I’ve challenged myself to get through Joyce’s ‘Ulysses’ for the fifth time.

He said, “Life is going to come back again. Vaccines (as treatment for Covid-19) will be found.” He added with Irish sarcasm, “I’m certainly drinking half a pint of bleach every day because I was told that really works beautifully (laughs).”

But he misses being on set. “It would be nice to get back to work. I miss certain actors, pals of mine I haven’t seen for months. I do miss the company of film crews.”

As he nears 70, Liam reflects on aging. “It’s something we all ask ourselves. What are we doing here? What is life about?

“One thing we do and I’m not blowing smoke up actors’ asses here but I love being part of a fraternity whereby we tell stories and remind each other in films of what it is to be human and hold up a mirror to society. Sometimes, we can make ourselves look at each other and ask those pertinent questions. I don’t think you should stop asking them.”