BTS and Usher to perform during the 2020 iHeartRadio Festival 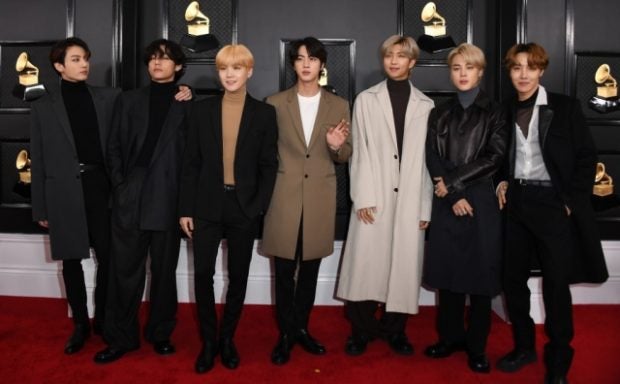 While several staples of the music calendar have been canceled due to the coronavirus pandemic, the iHeartRadio Music Festival will celebrate its 10th anniversary with a special concert on Sept. 18 and 19.

The two-day event, hosted by Ryan Seacrest, will feature performances by some of the biggest names in music. Among them are BTS, Usher, Coldplay, Keith Urban, Migos, Miley Cyrus, Thomas Rhett and Kane Brown with Khalid as a special guest.

In order to comply with new health and safety regulations, performances for the festival will be filmed in Los Angeles and Nashville in front of a virtual audience that will include a fan wall of iHeartRadio listeners.

Ten artists participating in this year’s edition of the iHeartRadio Music Festival will share the stage at the iHeartRadio Theater in Los Angeles, while more will perform at a soundstage at Nashville.

“So to the fan, it will almost feel the same as it has over the past nine years, except we won’t be at T-Mobile Arena, there won’t be an audience. But the artists will be performing plugged in on a stage,” John Sykes, iHeartMedia president of entertainment enterprises, recently told Variety.

Additionally, fans will have the opportunity to introduce artists involved in the 10th-anniversary festival as well as enjoy virtual meet and greets.

“We have some virtual ideas too where fans will be able to perform with one of the artists onstage. So we’re using the challenges to reinvent and come up with creative things that have maybe never been done before,” Sykes added.

Although fans will have the opportunity to watch the festival live on Sept. 18 and 19 on the CW App and CWTV.com, highlights of the forthcoming anniversary edition will also be broadcast on the CW television network and on iHeartRadio stations on Sept. 27 and 28. RGA