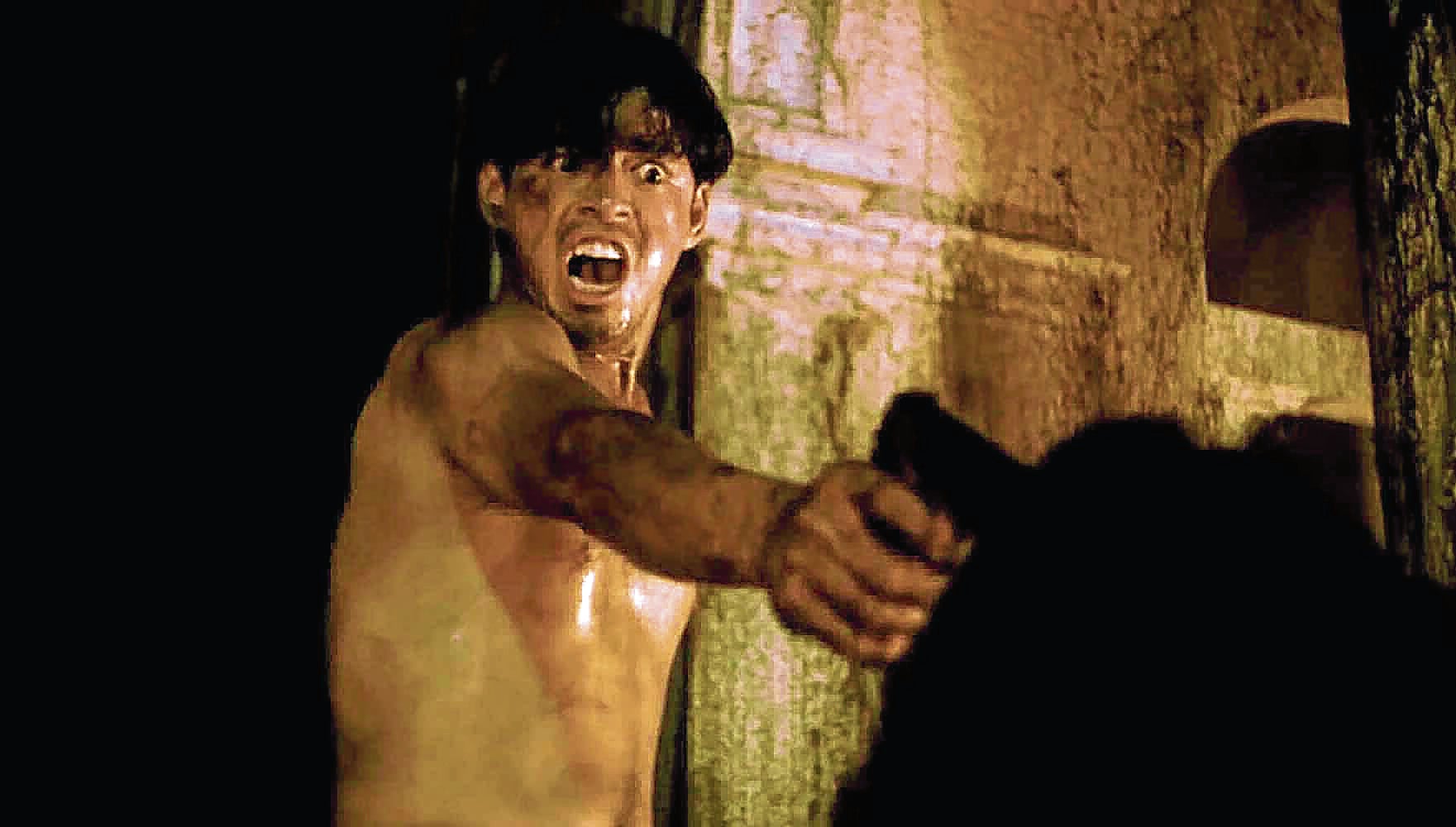 “What will happen to our films now?”

This is the question that key industry players are asking now that ABS-CBN’s Film Restoration and Archives group has announced that it would be shutting down, along with most of the departments of the broadcasting network starting Aug. 31.

This was an effect of the Kapamilya network’s failed bid to renew its franchise for another 25 years. 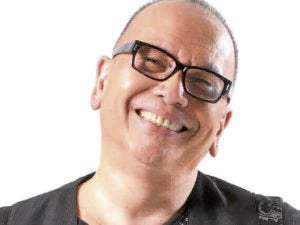 Filmmaker and producer Jose Javier Reyes, who worked on five films (“Oro, Plata, Mata,” “Batang PX,” “May Minamahal,” “Kung Ako Na Lang Sana” and “Pare Ko”) that the group was able to restore under its “Sagip Pelikula” campaign, said he was devastated upon hearing the news. He wished somebody would pick up where head Leo Katigbak and collaborator Manet Dayrit (president of Central Digital Lab) had left off.

“I found out about this two nights ago. I also learned that the projects they’re currently working on will also be stopped because there’s no more funds to sustain them. That’s also why I made a vicious shout out about it on Facebook.

“I want to emphasize several points. First of all, restoration and archiving are not the work of a private company, but of the government. It should be the one to preserve artifacts of culture,” he pointed out.

“And while ABS-CBN is doing it for business purposes, for content, it is also contributing to preserving our heritage. For every three Star Cinema film that it is restoring, it’s also preserving one classic film. It’s a tedious process. I know ‘May Minamahal’ took years to make because they still had to find existing negatives all over the world.

“When they said that it’s really going to happen, I was demolished. What’s more painful was that I even got a comment that said: “Ang arte-arte mo! Pelikula lang ‘yan at luma na naman!’ I didn’t reply to that anymore. Also, I didn’t want to contribute to the divisiveness that’s existing.

“I am heartbroken. What will happen to the films? Nobody is giving it any importance. I wish there would be somebody who will take up the cudgels again. This is wishful thinking because I know people these days don’t have money. I just wish somebody would eventually pick it up, then Leo and Manet can continue the work that they’re doing.” 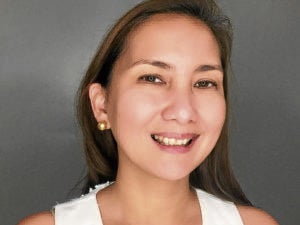 Dayrit, who has been collaborating with the group for over a decade, said that apart from film restoration, looking for old films that are slowly disintegrating in inappropriate storages and saving them are the most urgent concern.

She pointed out that the old negatives are starting to “smell like vinegar,” and that “we have to scan them now or they will die.”

“I feel sad like everybody. Practically a decade after, it’s really only ABS-CBN that has championed restoration and preserving movies in the country—even if they’re not getting a return on investments on this. They know that it’s not the monetary returns that’s important, but it’s preserving our heritage.

“The first projects of the group were ‘Oro Plata Mata’ and ‘Maalaala Mo Kaya The Movie.’ They’re the ones that we kept testing, but the first one that got released was ‘Himala’ in 2012. Prior to this, we kept trying to figure out how we could do digital restoration, but the software and hardware for restoration were still very expensive and difficult to use. We learned that to be able to restore ‘Oro,’ it would cost us around P10 million. Finally, around 2009 or 2010, technology was able to catch up already. The partnership of Central Digital Lab with ABS-CBN Film Restoration group formally began in 2011.

“Up to this day, the only ones that are doing restoration in the country are the FDCP (Film Development Council of the Philippines)—which is the government—and the FPJ Studio, which is doing really well. Even the FDCP, with its budget to restore films can only do two films a year. It has the National Film Archives, but, unfortunately, they can only do so much with their budget.

“Also, ABS-CBN is the only one with the proper storage and archive facility—nobody else has one because it takes a lot of money to maintain. I’m also worried that what happened to our archives in the ‘80s might happen again today. We lost so many films before. You see, aside from ABS-CBN being the only one restoring films, it is the only one looking for films and acquiring them. A lot of the films that private production houses used to own are now left in the care of families whose lolo was among those who made them. These films are left in the closet and are starting to smell like vinegar. Those titles may never see the light of day again if we don’t have a group like ABS-CBN to save them.

“I don’t think the 70 congressmen that denied the franchise renewal realize the extent of what they did. I don’t think they know about ABS-CBN’s contribution to our film heritage, as well as to arts and culture. I wish that we put aside politicking. Now that we’re already in this situation, my prayer is that the work that we have done in ‘Sagip Pelikula’ will not go to waste and that, somehow, by some miracle, we would still be able to continue it.” 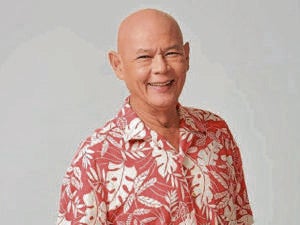 Actor Bembol Roco, who starred in “Tatlong Taong Walang Diyos” (restored in 2016), also shared his sentiments on the apparent lack of care of Filipinos for history, as well as arts and culture.

“I’m really sad about what happened. Apparently, the ABS-CBN Film Restoration group is doing good service for the whole movie industry, and unfortunately, it is among the casualties of the network’s shutdown.

“These people who think that Philippine cinema is not important, I don’t know where they are coming from. Obviously, they don’t understand what they’re talking about, even though they are also benefiting from what the group has been doing. Film is a reflection of our culture. This is ours.

“I know this is far-fetched, but I wish we find an influential but well-intentioned person to carry on what ABS-CBN is doing.” 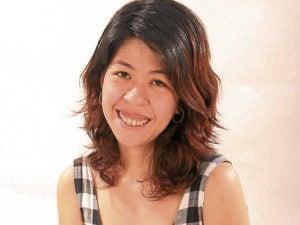 Filmmaker-writer Denise O’ Hara said she was grateful to the group for restoring two of the films of her uncle—the late award-winning actor-director Mario O’Hara—thus, making them available to the next generation.

“When I learned that the ABS-CBN Film Restoration group is among those that will shut down, I felt really sad. Two of my uncle’s films, which I care so much about, were restored by the group. These are ‘Tatlong Taong Walang Diyos’ and ‘Bulaklak sa City Jail.’ Because of what the group did, the next generation will be able to watch and study these films.

“I also felt angry because I felt that it’s not only the livelihood of the people that got ‘killed,’ but also our culture. I can only hope that other agencies would help ‘Sagip Pelikula’ carry on with its work. It’s important that we show the next generation what happened in our past so that we remember who we are.

“Let us help them, please. I’m sure there are other government agencies that can do this. Let’s find a way to keep the group doing what it’s doing for the film industry. Let’s seek the help of congressmen to be able to fill the lack of funding.” 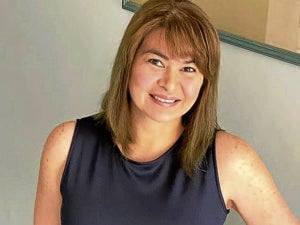 “I’m forever grateful to ABS-CBN and Star Cinema for what they have contributed to my career as an actress. Of course, there is sadness on my part, but I believe in the power of prayer. I’m positive that we will eventually find a solution to this.

“I also want to emphasize that culture is important. It’s our asset, our identity. We must preserve, not lose, our heritage. We should even revive some of those that we have already lost.”