LOS ANGELES—I write these words with sadness: This will be one of my last columns for the Philippine Daily Inquirer (PDI). My editor, Rito Asilo, informed me that PDI will terminate my column of 15 years, as a cost-cutting measure, effective Aug. 1.

Over the years, many of you, dear readers, have shared your reactions—some of them deeply personal and moving—to the stories, anecdotes, opinions, struggles, triumphs and journeys of the talents I featured in over a decade.

As I write my final pieces, please share with me your memories of reading my column—who or what made you laugh, strongly react, maybe even cry. E-mail to me at: [email protected] 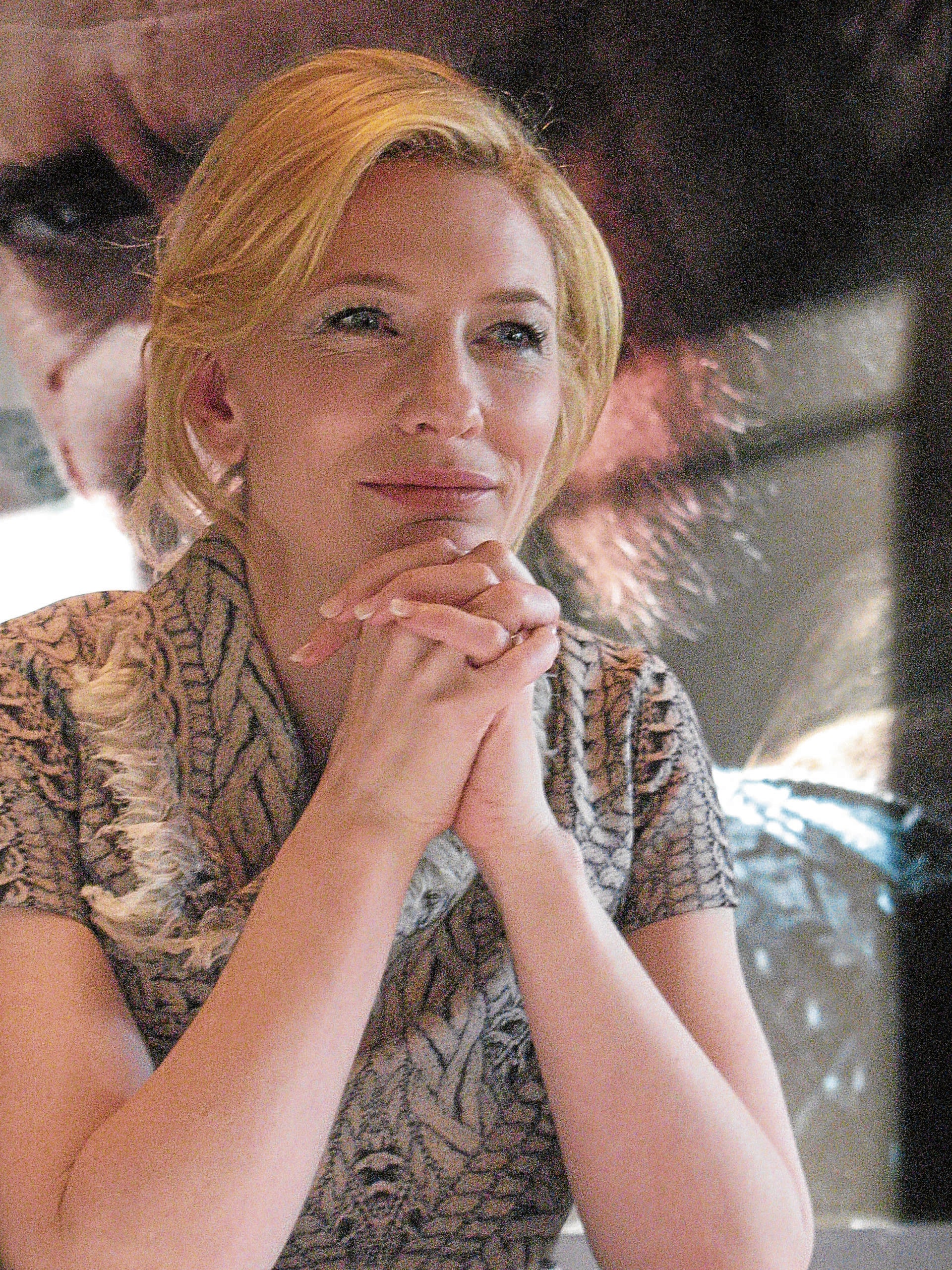 Fresh from starring in and producing “Mrs. America,” a drama on the 1970s women’s liberation movement which is relevant today when inequity still prevails, Cate Blanchett is behind “Stateless,” a series on another timely issue: the plight of refugees and asylum seekers.

Using the specific topic of Australia’s refugee crisis, Cate and her fellow creators Elise McCredie and Tony Ayres come up with an engrossing Netflix drama that rings true as debates over immigration and national identity dominate the political discourse in the United States and other parts of the world. The series is especially topical in this Trump era where border detention facilities exist.

“Stateless” is a dramatic look at the harsh conditions in Australia’s immigration detention centers.

Cate, who appears in a supporting role as one of the leaders of a performance-oriented cult, was inspired to coproduce and cowrite the six-episode series from her experience listening to harrowing stories as ambassador for the United Nations High Commissioner for Refugees (UNHCR).

“Stateless,” which premiered under the sidebar Series in the Berlinale last February, focuses on four strangers whose lives intersect at an immigration detention center in the Australian desert—an airline hostess fleeing a dangerous cult, an Afghan refugee and his family avoiding persecution, a young father escaping a dead-end job and a bureaucrat under pressure to contain a national scandal. The show depicts the abuse and inhumane treatment of the refugees and asylum seekers in this detention center.

The series comes on the heels of “Mrs. America,” where Cate played the real-life Phyllis Schlafly, the antifeminist who helped fight the movement to ratify the Equal Rights Amendment (ERA) in the 1970s. From the big screen, in which the Australian bagged two Oscars and three Golden Globes, she is making her mark in television with timely projects. 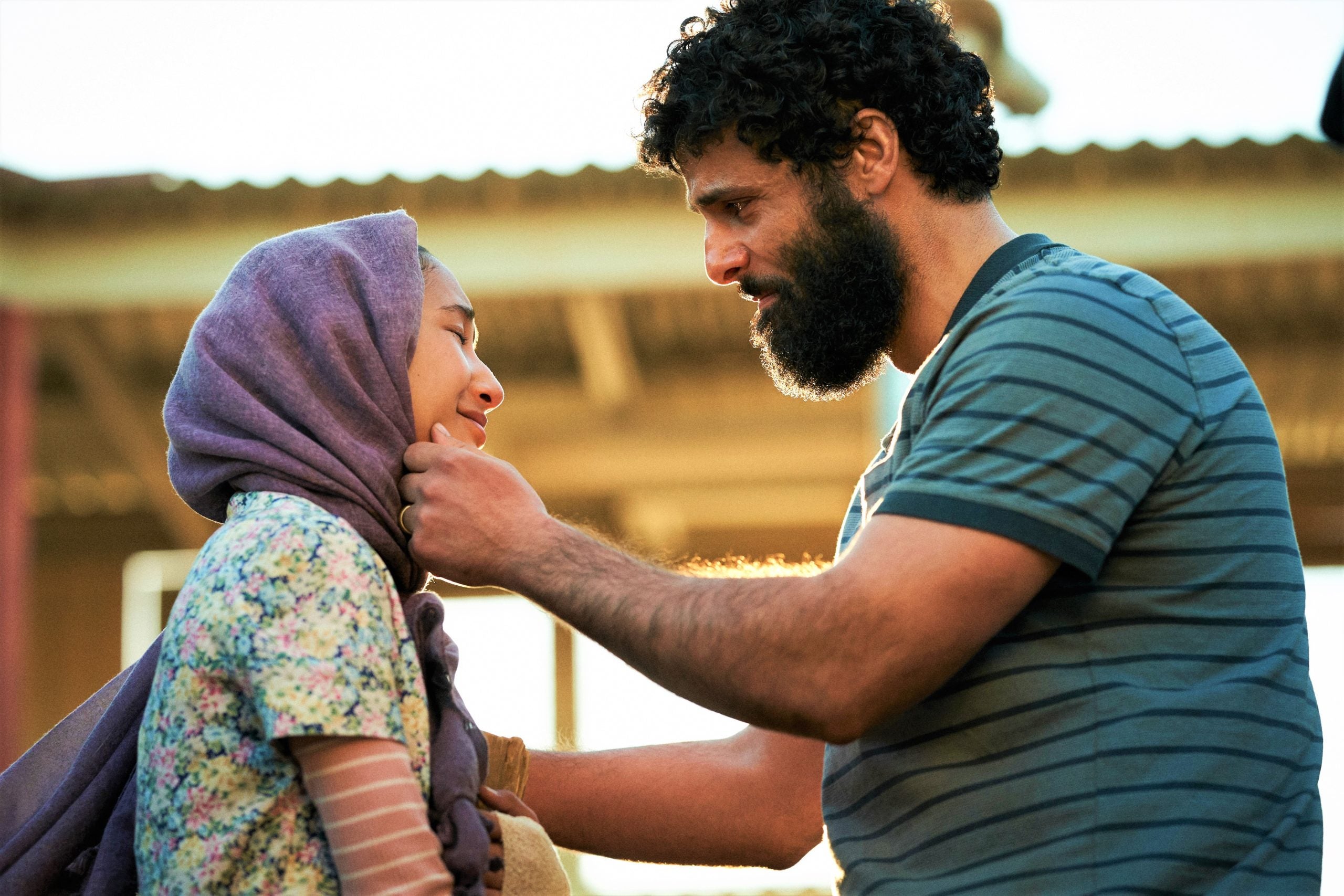 “All the characters are composites,” Cate stressed about the main protagonists in “Stateless,” which is based on true events. She was calling from her home in England where she has been spending the coronavirus lockdown with her husband, producer and writer Andrew Upton, and four kids.

“They’re inspired by people that we met. Elise McCredie, my dear friend and another cocreative, did a tireless amount of research.

“Like many Australians at the time, we were bewildered as to why offshore (refugee) processing was shrouded in secrecy. It felt that there might have been subjugation of people’s basic human rights offshore on our watch.

“We wanted to not only raise an awareness of the global displacement crisis. The drama is a great place to do that in a nonpolitical way, but also just to bring it back into the national conversation in Australia.

“It has become incredibly pressing. Refugees live with deep uncertainty as we’re all living through right now.”

Cate and Dominic West play leaders of a cult from which Yvonne’s Australian resident character flees and somehow ends up in a detention center for UNCs, or unlawful noncitizens. It’s based on the true story of Cornelia Rau, who was detained for 10 months. Cornelia’s case prompted Australia to review its immigration department’s systems.

Cate explained, “I recently watched again Adam Curtis’ documentary, ‘The Century of the Self,’ and the implementation and utilization of Freud’s principles of the unconscious needs, wants, drives of humans being manipulated by advertising and also purloined into the way political parties operate in an election cycle. We’re seeing the horrible detritus of that right now.

“But we felt that the cult was a great way to talk about the breaking down of identity and systems that are broken. Because what was resonant for Elise, Tony and me was the transformation of Australia’s national character from when we grew up, embracing so-called multiculturalism, the welcoming embrace of refugees, and how warm, generous and open Australians were to having our top line immigration policy rhetoric exported to the world.

“I’m proud of so much in Australia, but the exportation of that rhetoric has been a great source of shame. It’s from a system that is dysfunctional, broken and a cult, like drama school, I guess (laughs).” 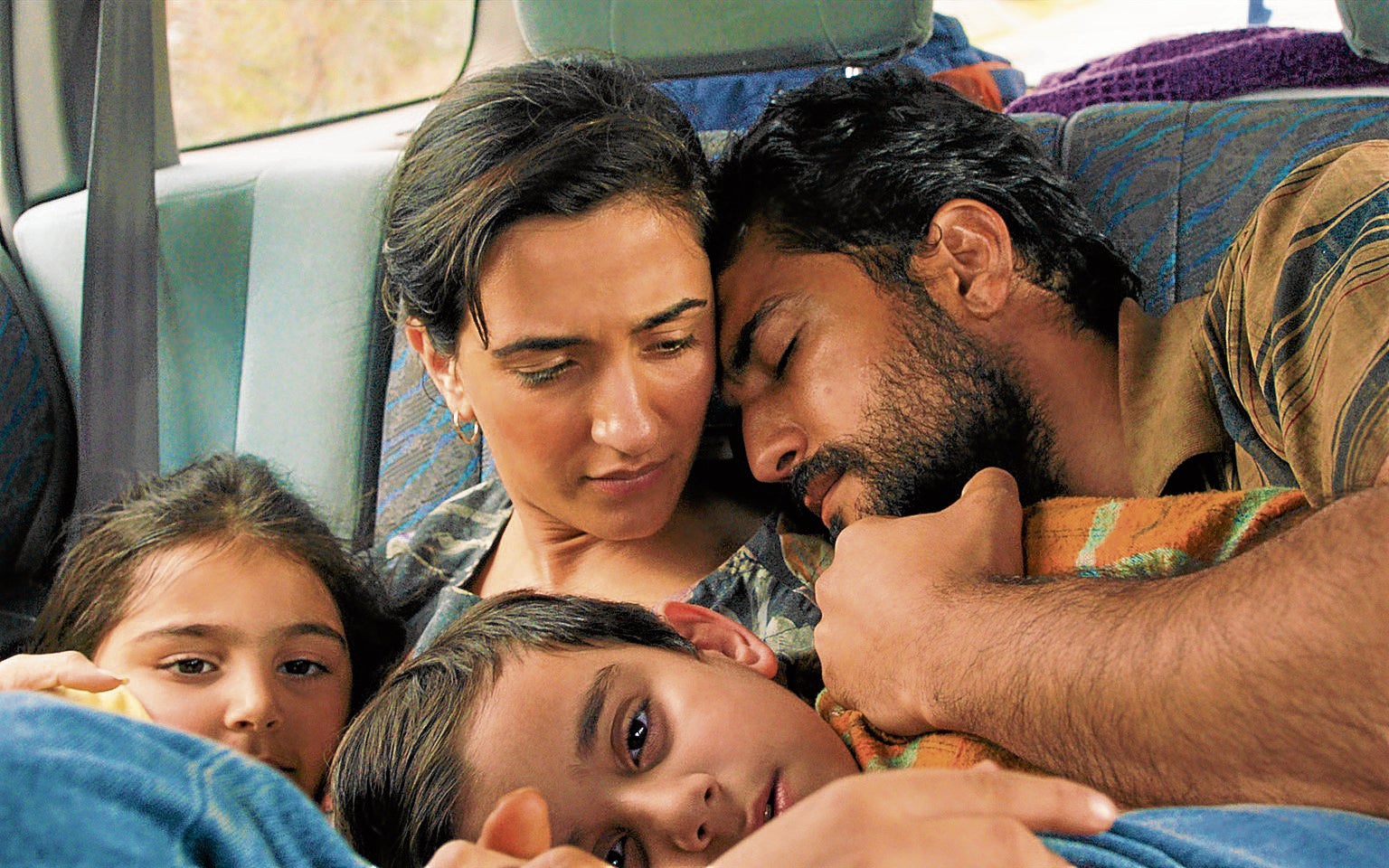 On her and cocreators’ research for the series, Cate said she was especially struck by the plight of refugee women and displaced children. “There were hours of interviews that Elise did and certainly I have met a lot of women on my journey with UNHCR, the UN refugee agency. All of that we channeled into the female characters in ‘Stateless.’ But one of the most powerful characters, and we felt very passionate about, was the character of Mina (Soraya Heidari) because there are so many children who are displaced, unaccompanied minors.

“Forty percent of the world’s displaced are children. As a parent, I find that figure absolutely heartbreaking. Mina’s storyline is hopefully a great point of connection for a lot of people to imagine—if that was my daughter or sister…

The actress shared one particularly distressing story: “I went over to Bangladesh with UNHCR. We talked to a group of young girls. When you have a 14-year-old girl sitting there, telling you that she watched her 3-year-old brother being dismembered and thrown into a fire—how do you recover from that? But with UNHCR and their partner agencies, through drawing, song and movement, she told her story to start to come to terms with that trauma.

“It’s very hard for people to watch and hear that. But if we can somehow channel the echoes of that experience into a drama and scaffold a nonfear-based discussion, then hopefully, we put that child’s face onto this displacement crisis and remind people it’s not a political issue. It’s a human issue.”

The 51-year-old pointed out that the pandemic crisis may aggravate the plight of refugees and asylum seekers everywhere.

“There needs to be border control to get the pandemic under control because it’s a global issue,” she said. “But likewise, the displacement crisis is global. And it’s not going away any time soon.” 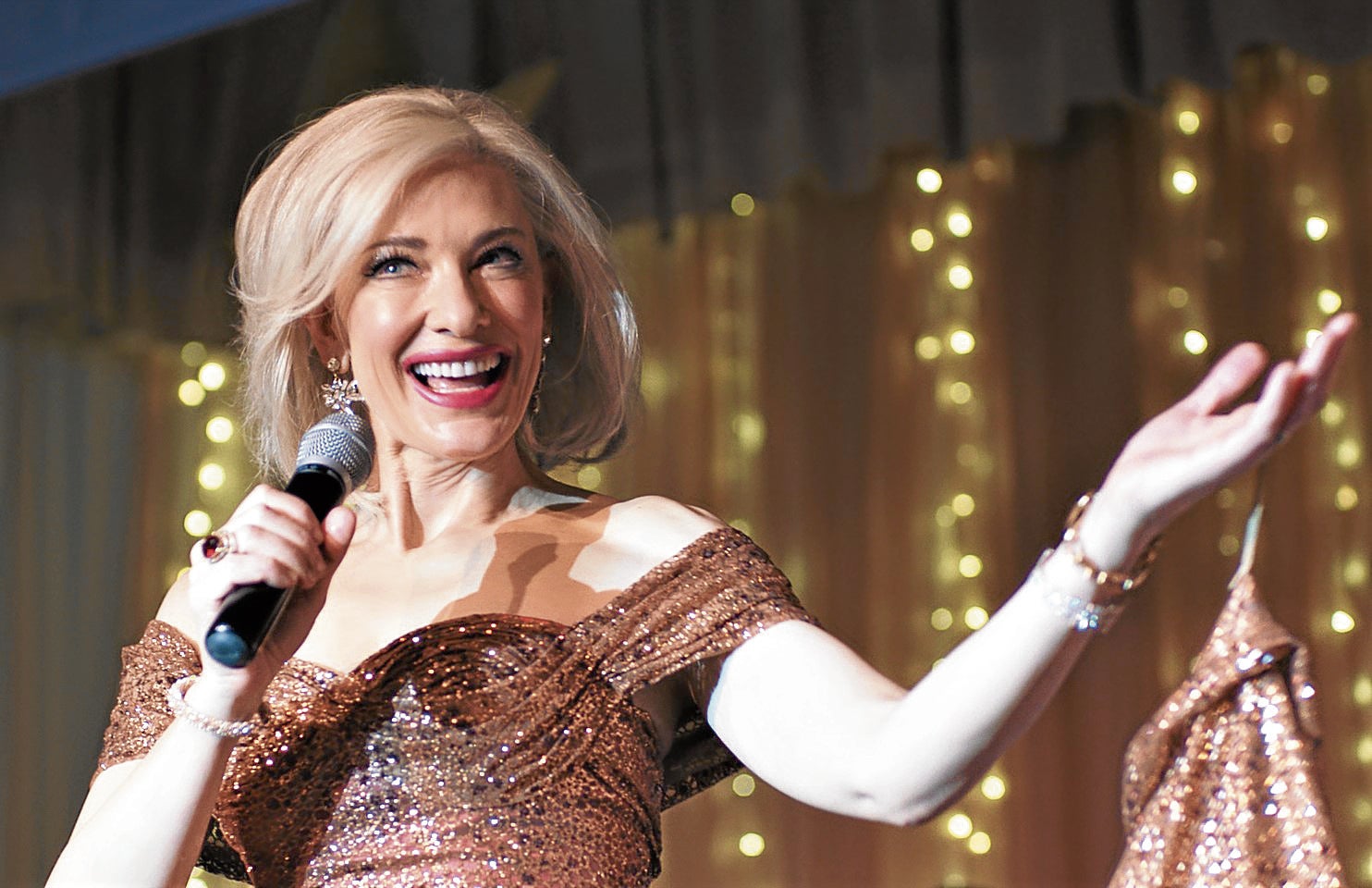 On a lighter note, the actress noted for her dramatic roles in such films as “Carol,” “Elizabeth: The Golden Age,” “Blue Jasmine,” “The Aviator” and “Elizabeth” gets to croon the standard, “Let’s Get Away from It All.”

“That’s my friend Elise’s fault,” Cate jokingly blamed her cocreator for the musical number idea. “My character Pat is all about singing and dancing. It was really fun. I sing and I dance!”

Central to “Stateless” is Yvonne’s performance of a former flight attendant with mental health problems.

“Yvonne is extraordinary,” enthused the actress who played Galadriel in “The Lord of the Rings” movies and Hela in “Thor: Ragnarok.” “Yvonne just had a baby. As Elise and I have spoken, mothers completely understood that pull, so we tried as much as possible to structure the filming around that need of hers.”

Cate confirmed that she is participating as the competition jury head of the 2020 Venice Film Festival in September, even as the pandemic is impacting plans. “I have been in dialogue with Alberto (Barbera, artistic director) … I think the spirit of the festival will remain undaunted but how that’s physically manifested, I’m not entirely sure.”

As to what she is hoping to see when the coronavirus crisis is finally over, the activist actress said, “I’m looking forward to emerging into a new world that is sane, inclusive, rational and forward-thinking. I don’t want to step out and step backwards, that’s for sure.”