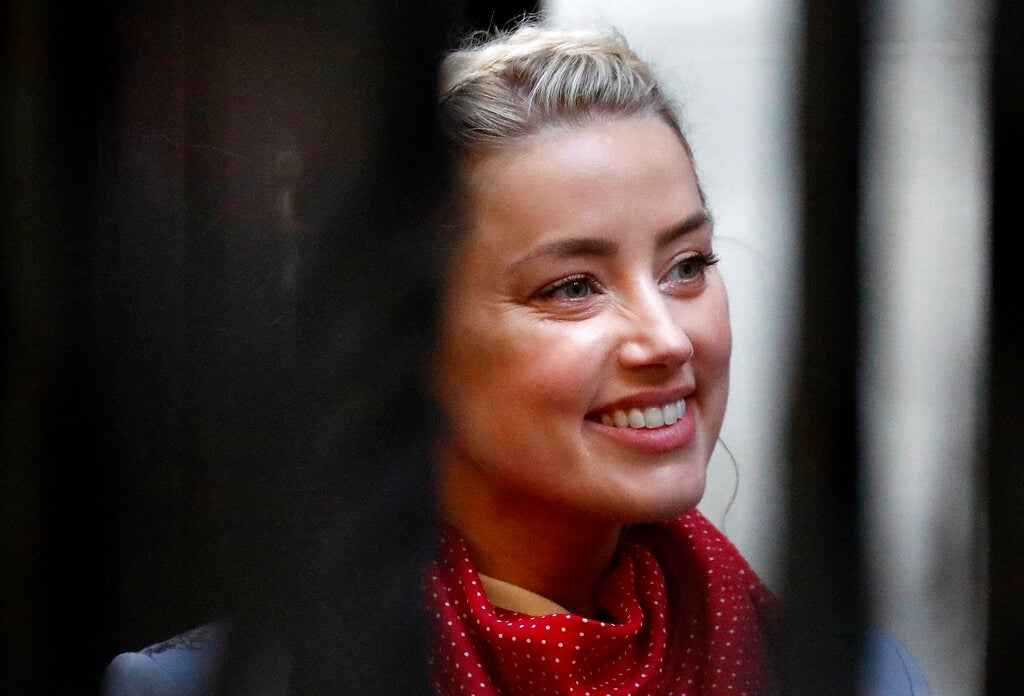 US Actress Amber Heard arrives at the High Court in London, Tuesday, July 21, 2020. Actor Johnny Depp is suing News Group Newspapers, publisher of The Sun, and the paper’s executive editor, Dan Wootton, over an April 2018 article that called him a “wife-beater.” (AP Photo/Frank Augstein)

Depp, 57, had accused the 34-year-old actress of having liaisons with the Tesla and SpaceX founder and the Hollywood actor James Franco during their stormy two-year marriage.

But giving evidence she rejected the claims, in particular dismissing suggestions Musk visited her regularly at night from March 2015, not long after the couple wed.

“I wasn’t even in communication with Elon until 2016,” she told London’s High Court on her second day on the witness stand.

Depp, star of “The Pirates of the Caribbean” franchise, is suing British tabloid The Sun and the author of a 2018 article that claimed he was a “wife-beater”.

He maintains it severely damaged his reputation.

Depp’s lawyer, Eleanor Laws, read out a 2016 text message sent by Musk offering Heard protection against Depp after an alleged fight between the couple.

“The offer would stand, even if you never wanted to see me again… anyway, sorry for being an idiot,” he wrote.

“The radio silence hurts a lot. It only matters because I really like you.”

The text was sent the day after Heard claims the actor hit her in the face with a mobile phone during an argument, and while she was considering obtaining a restraining order.

Heard claimed on Monday that Depp threatened to kill her on a number of occasions, and subjected her to verbal and physical violence while under the influence of drink and drugs.

On Tuesday, Heard acknowledged hitting Depp during a particularly nasty argument in March 2015 whose details have been in dispute throughout the trial.

“I did strike Johnny that day in defense of my sister,” she said, expressing fear that Depp was about to push her sister Whitney down the stairs.

“He was about to push (Whitney) down the stairs and, the moment before that happened, I remembered information I had heard (that) he pushed a former girlfriend — I believe it was Kate Moss — down the stairs.

“I had heard this rumor from two people and it was fresh in my mind.”

The British supermodel has not publicly accused Depp, whom she dated in the 1990s, of causing her to fall down stairs.

Depp denies ever pushing or hitting Whitney. He has claims his ex-wife had a violent temper, and that he has always acted in self-defense.

The couple met on the set of the 2011 film “The Rum Diary” and their relationship veered from “intensely affectionate, warm and charming” to “very intense and dark.”

She said the actor blamed his actions on a “self-created third party” he sometimes named “the monster,” and that she stayed in the relationship because she thought she could “fix” his well-documented problems.

The Sun’s publisher, News Group Newspapers (NGN), argues it told the truth in its report, and that it has evidence to prove 14 alleged incidents of domestic violence.