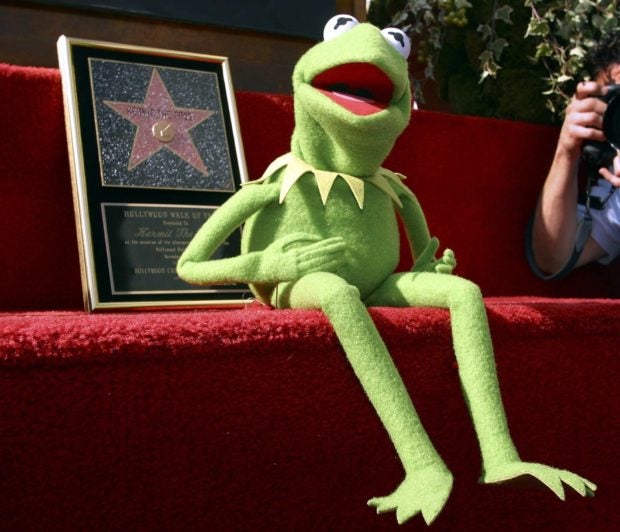 Kermit the Frog greets the public during the unveiling of a star for the amphibian icon on Hollywood’s famous Walk of Fame. Image: AFP/Lucian Read via AFP Relaxnews

Just as James Bond and Doctor Who have gone through many different incarnations, so it is with Muppets icon Kermit the Frog.

Depending on when your golden age of “The Muppets” might be, Kermit the Frog was best voiced by show creator and puppeteer extraordinaire Jim Henson (1955-1990), or his successor Steve Whitmire (1990-2016).

Fans got a first taste of the evolved sound in a late June debut trailer.

Vogel has played various supporting Muppets characters since “A Muppets Christmas: Letters to Santa” as well as Kermit in two 2017 and 2018 live shows either side of the Atlantic, and here incarnates the character for a TV audience as Kermit hosts a teleconferencing call between “Muppets Now” characters and the shiny-eyed weasel Joe from Legal.

The new show is a streaming debut for the Muppets franchise and promises an unscripted, improvisational approach that encompasses lifestyle takes, gameshow segments, interviews, science, and cookery.

Guest stars are in the mix too.

While Disney bought The Muppets from the Jim Henson Company in 2004; Henson’s surviving business has “The Dark Crystal: Age of Resistance” on Netflix and “Fraggle Rock: Rock On!” on Apple TV+.