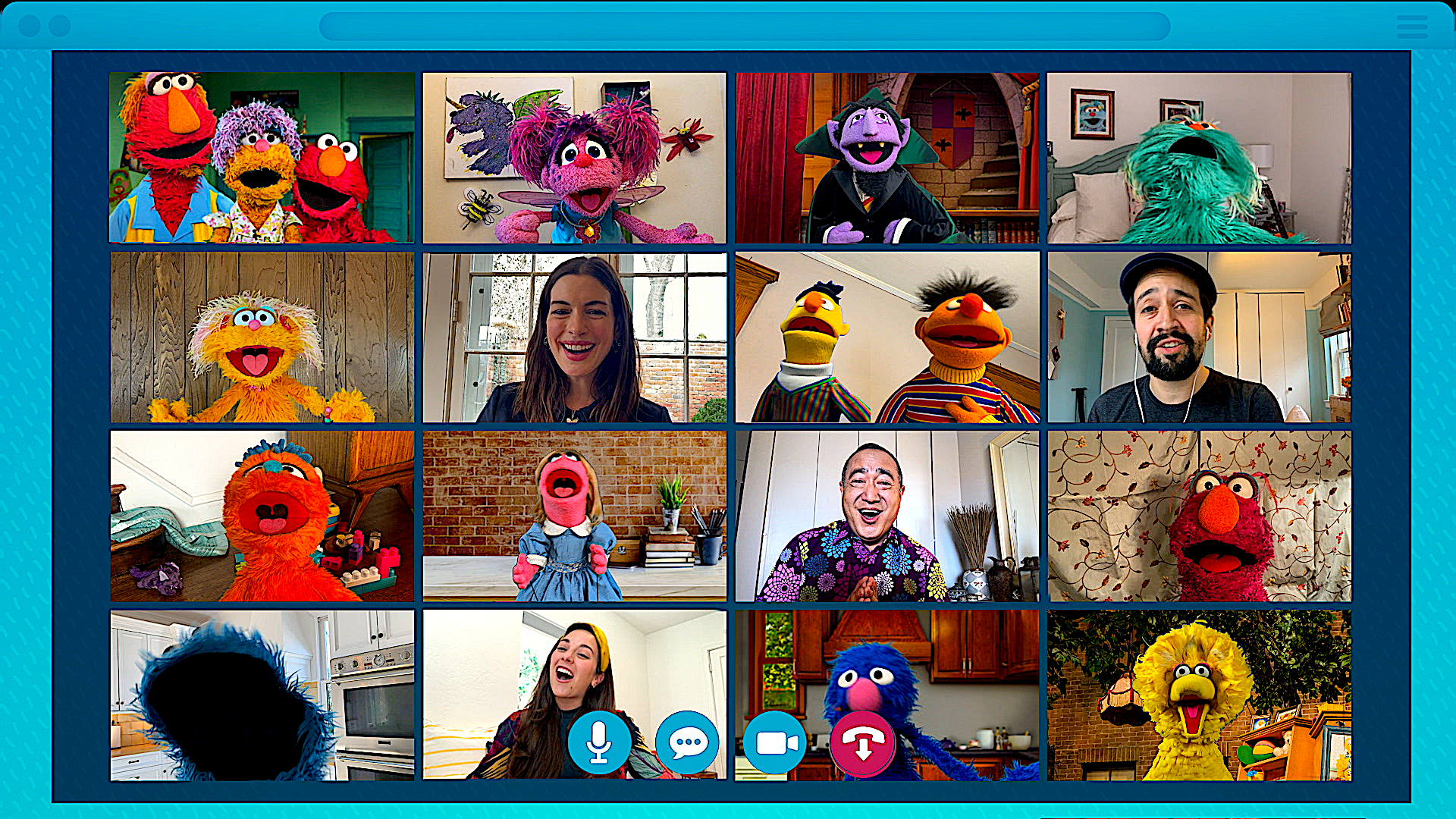 We grew up watching, singing, laughing and learning with Grover, Cookie Monster, Ernie and Bert, Big Bird and her perpetually perturbed pachyderm pal Mr. Snuffleupagus in “Sesame Street,” so we expected nothing short of an entertaining show from “Elmo’s Playdate,” now streaming on HBO Go. But the Mike Vogel-helmed 25-minute TV special, released as an extension of Sesame Workshop’s Caring for Each Other initiative in response to the coronavirus pandemic, has turned out to be more than just frothy, feel-good fun. “Sesame Street: Elmo’s Playdate” isn’t just meant to amuse bored tots stuck at home during the quarantine period; it also manages to entertain and educate them, as well as the kids-at-heart elders who keep them company.

It shows how people and furry creatures alike are adjusting to “high-tech” new ways of connecting with friends and far-away family members through technology as they start to get used to “the new normal.”

In the episode, the 3-and-a-half-year-old furry red Muppet monster with an orange nose gets a helping hand from his dad Louie as he helps Elmo organize a video hangout with his similarly “locked down” friends on Sesame Street. Making this virtual get-together doubly special are celebrity friends, who “drop by” to keep Elmo and his friends entertained while they learn new things. They make it a point to remind the impressionable young monsters to “wash your hands,” “avoid touching your face” and pay tribute to front-liners. Grover brings on the laughter as he keeps pressing the wrong buttons, fiddling helplessly with his new phone—something the older generation of viewers can readily relate to. Unsure how to work his way through the gadget’s unlimited functions, Grover is sometimes seen with his image turned upside down or his audio disabled.But Grover is probably just distracted these days—after all, he’s busy doing errands for the elderly who can’t venture out of their homes to go to the grocery. 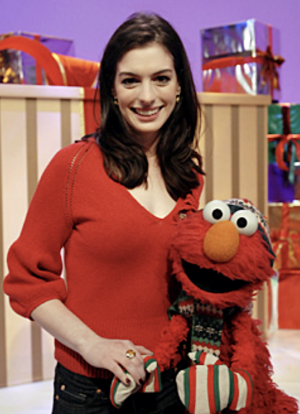 For his part, Cookie Monster can’t seem to finish his cookie-baking tutorials—because he can’t resist devouring his self-made treats even before he can show them to the kids!

When Elmo catches up with Abby Canabby, he sees his friend getting Rosita to teach her how to count in Spanish—with occasional interference from The Count and his number-instigated lightnings.The show’s stellar guests further enliven Elmo’s virtual playdate: There’s Tracee Ellis-Ross telling Elmo how she stays productive at home (she knits and walks on the treadmill), Lin-Manuel Miranda singing “Old MacDonald Had a Farm” and, in a flashback segment, Taye Diggs on a road trip with Elmo.

Elmo also gets tips from A-lister Anne Hathaway, who tells him what she does when she needs to “calm down”: She bakes bread for her family, practices how to balance a ball on her head, and does breathing exercises. Then, to build up stamina, she works out while she sings the kiddie exercise song “Heads, Shoulders, Knees and Toes.”

But when the cute orange-nosed Muppet kept asking the Oscar-winning actress to sing the song a little faster each time, we were scared Anne, who’s known to lose her cool at press conferences, would throw a tantrum any minute—and suddenly walk out on Elmo! Tee-hee.Big Bird, Bert and Ernie don’t get to do much in this episode, but at least the trio is seen in a video collage with the whole “Sesame Street” gang and their stellar guests singing their hearts out in a heartfelt and worry-leavening version of “Sing.” It’s guaranteed to bring a big smile to viewers’ faces.