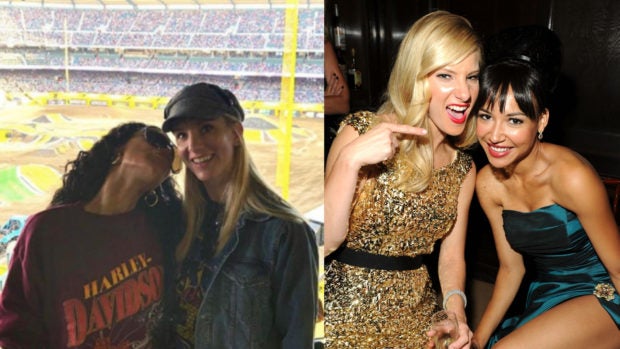 Heather Morris remembered her “Glee” co-star Naya Rivera, who died in a drowning accident on July 8 at the age of 33.

Morris, who was Rivera’s close friend and on-screen teammate in the musical TV series, dedicated a touching tribute to Rivera on her Instagram account yesterday, July 16. Rivera and Morris played as high school cheerleaders, Santana Lopez and Brittany Pierce respectively, on “Glee” during its six-season run from 2009 to 2015.

“We started out as the closest friends and then like all new things, we went through a bit of a rocky phase,” Morris said. “However, we stuck by each other’s side and created the most beautiful friendship built out of love and understanding.”

Morris recalled her last chance to see Rivera when she left oranges outside her home for Rivera to take and the late actress also left two succulents as a thank you.

“I wanted to say hi through the window but my phone didn’t ring when you called…,” Morris recalled. “I planted those succulents and I look at them [every day] and think of you.”

During the visit, Rivera was also accompanied by her 4-year-old son, Josey, her only son with former husband and fellow actor Ryan Dorsey.

To remember her friend, Morris disclosed that she is listening to Rivera’s EP on repeat. She also said that she “wished the world knew more of [Rivera’s] voice.” The friends previously vowed to spend every Easter together, although the pandemic prevented them from celebrating it together this year.

“You are and always will be the strongest and most resilient human being I know, and I vowed to carry that with me as I continue to live my life,” she added.

The actress declared that Rivera always cherished their friendship and Morris never took that for granted.

“You constantly taught me lessons about grief, about beauty and poise, about being strong, resilient and about not giving a f*ck (but still somehow respectful ),” Morris said. “Yet, the utmost important lesson I learned most of all from you was being a consistent and loving friend.”

Instead of showing some of their pictures together, Morris shared snapshots of their kids’ bonding moments. The actress has two sons with her non-showbiz husband, Taylor Hubbell, named Owen and Elijah.

“We never took photos together because we mutually hated taking pictures,” she explained. “[Our] relationship meant more than proof.”

“I have countless pictures of our babies playing, because we shared that kind of pride and joy,” Morris added.

Rivera was first reported missing after son was found alone at a boat in California. Josey told authorities that he and his mother had gone swimming and that he went back to the boat but Rivera did not.

Back then, Morris offered to organize a search party for the actress alongside a small group of friends. A few days later, Rivera’s body was found. Authorities believe that Rivera tried rescuing her son before drowning in the water.

Morris joined her fellow “Glee” stars who are mourning Rivera’s death, including Dianna Agron, who called the late actress her “first friend and ally” in the show.  /ra