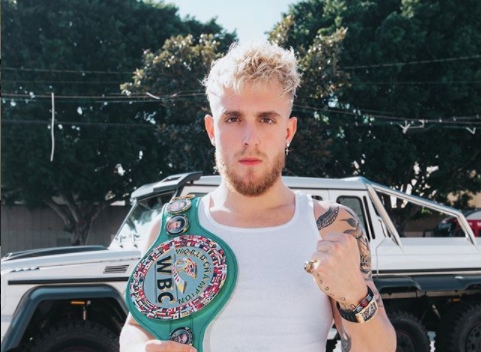 YouTube star Jake Paul has drawn flak from citizens and the local government of the city of Calabasas in California, USA, after throwing a huge party in his mansion amid the pandemic.

Clips from the party have since surfaced on the internet and showed the attendees not wearing masks and not practicing social distancing, contrary to health protocols put in place to combat COVID-19.

Calabasas Mayor Alicia Weintraub said she was “outraged” over the YouTuber’s party and would never tolerate such actions, as per FOX 11 on yesterday, July 16.

“It wasn’t just myself who was outraged, it was everyone who saw the video,” Weintraub was quoted as saying.

The mayor added that she had been getting several phone calls from citizens reporting the party after clips were uploaded on social media.

“They’re having this large party, no social distancing, no masks, it’s just a big huge disregard for everything that everybody is trying to do to get things back to functioning,” Weintraub was quoted as saying.

“It’s really just a party acting like COVID does not exist, it’s acting that businesses aren’t closed,” she added.

Paul’s neighbors, irritated by the party, had also contacted the news outlet to report the event hosted by the YouTuber. Some also sent videos of the party shot from their own home, showing dozens of young people gathered in Paul’s place.

Weintraub also stated that she is now working with the Lost Hills Sheriff’s station to set a zero-tolerance policy on house parties in Calabasas and that there will be no more warnings.

“No gatherings will be tolerated like this,” she was quoted as saying. “Something like this will not happen again”.

Only last month, Paul also became hot in the eyes of the law after getting involved in a riot at a mall. He was slapped with misdemeanor charges for criminal trespass and unlawful assembly, according to reports.

The YouTube star noted, however, that he and his friends went to the mall to protest against the death of Black man George Floyd, who died in the hands of police in late May.

California Gov. Gavin Newsom recently ordered the shutdown of restaurants, wineries, theaters, zoos, museums and other indoor operations in the state as COVID-19 cases continue to rise. California currently has 356,178 confirmed cases, while 7,345 deaths have been recorded, as per the state government’s website. Ian Biong /ra

Wendell Ramos urges others to also train, volunteer as firefighters amid COVID-19 crisis