WATCH: Nico Bolzico’s wacky ‘tutorial’ on how to carry a baby 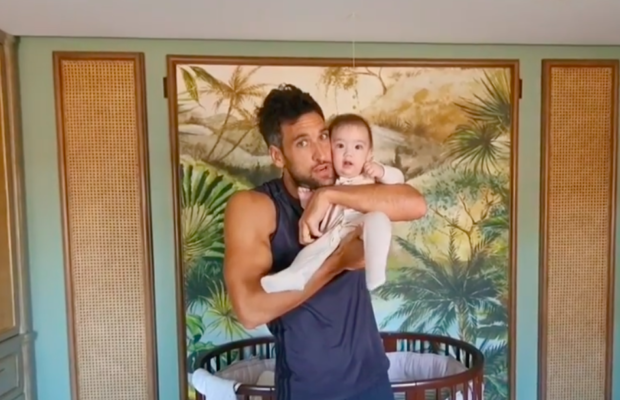 If you are a parent who is running out of fun ways to carry your baby around the house, perhaps Nico Bolzico’s “tutorial” might help.

Bolzico collaborated with his first child with actress Solenn Heussaff, Thylane, to make a short tutorial, as seen on his Instagram post yesterday, July 16.

The Argentine businessman is also known for his parody and prank videos on social media. The video was shot by no other than Heussaff herself.

“As an [experienced] father I am all about spreading my knowledge,” Bolzico said. “Here is a free tutorial.”

Thylane’s father said that he got inspired to do the tutorial after seeing a vlog demonstrating how to carry a baby.

With the belief that there are a few more methods untapped by the list, Bolzico showed his seemingly unconventional and wacky carrying techniques.

His baby-carrying poses had witty titles such as “the classic potato bag,” “smelly diaper to mommy,” “the attentive waitress,” “the workout dumbbell,” “the beauty queen presentation,” “cheek to cheek,” “the parachute fall” and “Baby Jesus.”

Baby Thylane appeared to be enjoying some of the methods as well, particularly the “pecking bird” and “the human horse.”

Heusaff and Bolzico welcomed their first daughter into this world on Jan. 1. The couple had been in a relationship for five years before getting married in France in 2016. Last May, Heussaff and Bolzico marked their 4th wedding anniversary.

After months of avoiding to display the baby’s face in full view, the actress finally revealed Thylane’s face on social media in April. Bolzico previously joked that he would be creating father-daughter videos training Thylane on “how to avoid potential suitors.”  /ra