Jinri Park defends being a waitress in Australia: ‘Nothing wrong with having that job’ | Inquirer Entertainment
Close
menu
search

Jinri Park defends being a waitress in Australia: ‘Nothing wrong with having that job’ 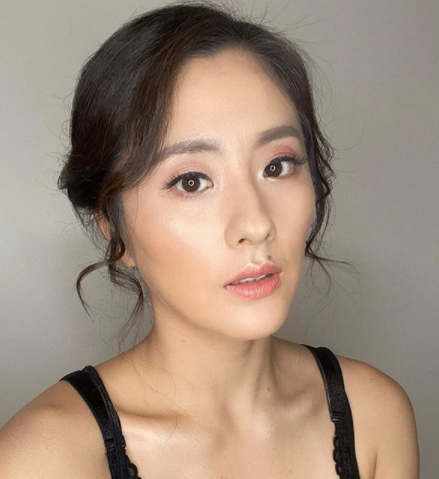 As Korean model Jinri Park gets a fresh start in Sydney, Australia, she revealed getting criticism for her choice to work as a waitress.

Park said that by sharing her new job, she wanted to “inspire others to start again,” but she still had her share of “haters,” as per her Instagram post yesterday, July 14.

“I just wanted to say, I chose to be a waitress and didn’t want to just be comfortable with what I have,” she explained. “My parents did offer to pay for my tuition and I could just easily get a student [loan] with my credit.”

“All those people who are saying it’s karma that I’m a waitress now, I’m pretty sure there’s nothing wrong with having that job,” she said.

“I chose it because I remembered it to be enjoyable for me,” she remarked. “I think it’s quite fun and exciting, I don’t know why so many people have negative comments about it.”

She said contrary to what critics have said about her situation, she is happier now, “more than when I was in showbiz.”

“I have a fun job, a great loving husband and a goal for my future! What more can a girl want,” she wrote.

When she first announced her new job, Park said she planned to use her earnings for her studies in the country.

Park tied the knot last March with her husband John, a Filipino raised in Australia.  /ra

Jinri Park now a waitress trainee in Australia, wants to save for studies

Wendell Ramos urges others to also train, volunteer as firefighters amid COVID-19 crisis

Read Next
Jinkee Pacquiao’s twin sister Janet is 12 weeks pregnant
EDITORS' PICK
Every Filipino home can now be a smart home with realme TechLife
PLDT Home Prepaid WiFi customers now under the care of Smart
Nestlé Philippines’ ‘NESCAFÉ Plan’ bags Grand Anvil at PRSP 56th Anvil Awards
Wesley So officially a US citizen
‘Pilgrim of peace’ Pope Francis heads to war-scarred Iraq
WHO: Arrival of vaccines in PH ‘a powerful step’ towards economic recovery, normalcy
MOST READ
Kris Aquino dispels rumors on son Josh getting married, thanks Ogie Diaz for defending him
Wesley So officially a US citizen
Ginebra trades Slaughter to NorthPort for Standhardinger
LTO’s P500-M deal for screws draws scrutiny
Follow @NGunoINQ on Twitter
Don't miss out on the latest news and information.