NEW YORK — A US federal judge in New York on Tuesday rejected a proposed civil settlement that would have created a nearly $19 million fund for dozens of women who suffered sexual misconduct and harassment at the hands of Harvey Weinstein. 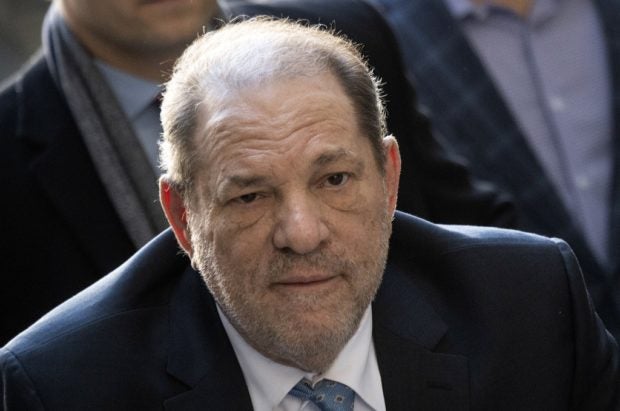 The proposed deal had been announced last month by New York state’s attorney general, putting an end to both a class action suit and a separate case brought against Weinstein, his brother Bob and their former film studio The Weinstein Company.

Despite the attorney general’s approval of the settlement, District Judge Alvin Hellerstein on Tuesday rejected the deal, which had been contested by several of Weinstein’s victims.

Notably, the disgraced Hollywood mogul was not to be required to admit any responsibility for his actions, nor was he expected to contribute any of his own money to the fund.

Attorney Douglas Wigdor — whose clients include Tarale Wulff, a former cocktail waitress who alleged that Weinstein raped her in his New York apartment in 2005 — had described the deal as “a complete sellout.”

“We have been saying for over a year and a half that the settlement terms and conditions were unfair and should never be imposed on sexual assault survivors,” Wigdor and two other attorneys representing victims said in a statement.

The trio said they were “pleased that Judge Hellerstein swiftly rejected the one-sided proposal.”

John Clune, an attorney for another alleged victim, quoted Hellerstein as saying: “This is not a class action.”

Lawyers representing several women were angry that survivors who did not want to accept the settlement would have been prevented from pursuing other legal avenues.

In February, Weinstein was found guilty of a criminal sexual act in the first degree and rape in the third degree in a landmark verdict for the #MeToo movement.

He is currently serving 23 years in prison.

The lengthy sentence capped a remarkable downfall for the 68-year-old, who has been accused of years of vile predatory behavior by almost 90 women, including Angelina Jolie and Salma Hayek.

This fund was seen by some of the parties as possibly the best settlement his accusers would ever reach.