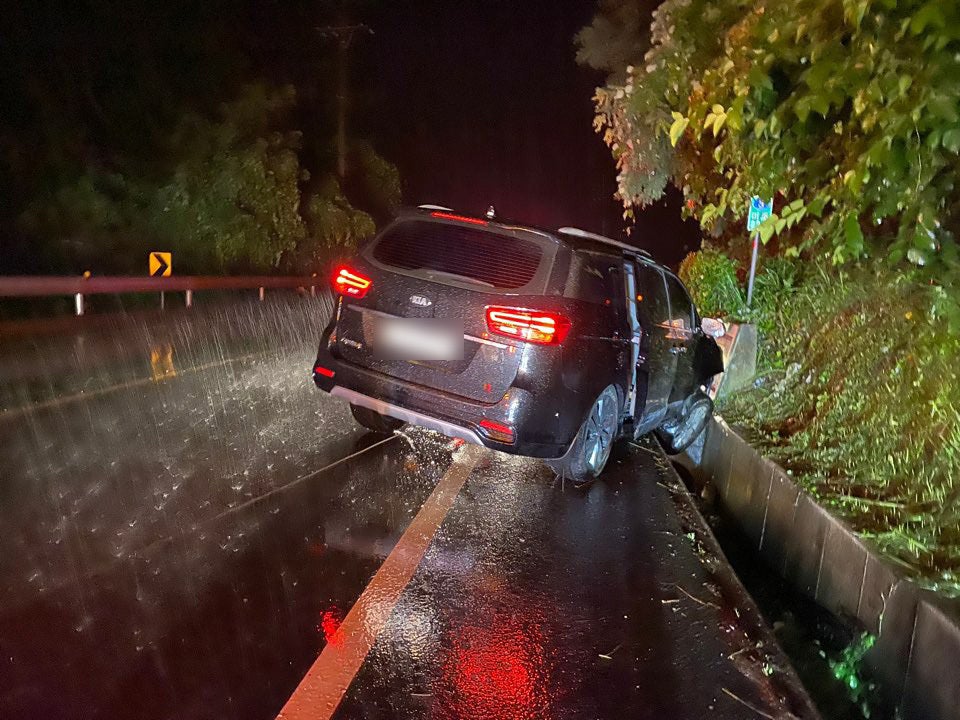 A car that carried two bandmates of K-pop group iKON is seen at the scene of the accident Monday. (Yonhap)

SEOUL — Two members of K-pop group iKON sustained minor injuries after a vehicle they were riding was involved an accident, according to police Tuesday.

Police said a van carrying iKON singers Ju-ne and Jinhwan skidded and crashed on the side of a rainy highway in Namhae, South Gyeongsang Province, at 3:40 a.m. on Monday.

The car was driven by a non-celebrity acquaintance of the two singers. A breath test revealed that the person was intoxicated while driving.

The driver was placed under investigation after it was revealed that he had consumed alcohol before driving. Police are also looking into whether the two singers abetted the person to drive under the influence of alcohol.

YG Entertainment, the management company of iKON, issued a statement of apology and pledged to conduct an internal investigation into the accident.

“We are deeply troubled and feel a grave sense of responsibility from the occurrence of such an accident. We sincerely apologize,” the company said.

iKON debuted in 2015 with the digital single “My Type” and became hugely popular with “Love Scenario,” the main track off its second studio album “Return,” in early 2018.

The group later fell out of the spotlight after member B.I departed last year over allegations that he bought illegal drugs in 2016. iKON dropped its third EP album “i DECIDE” in February, its first release after the departure of B.I. (Yonhap)