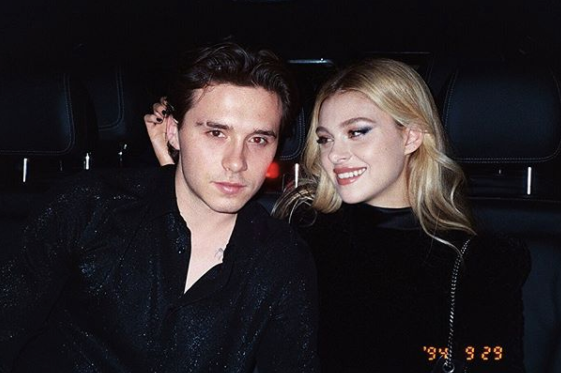 Beckham and Peltz both posted the news on their Instagram accounts Saturday.

“Two weeks ago I asked my soulmate to marry me and she said yes,” Beckham, 21, wrote. “I am the luckiest man in the world. I promise to be the best husband and the best daddy one day.”

They posted the same picture of themselves standing in a field and embracing — he wearing a blue suit and she in a yellow dress.

Peltz, 25, said in her post, “You’ve made me the luckiest girl in the world. I can’t wait to spend the rest of my life by your side.”

Victoria Beckham, a former member of the Spice Girls pop band, sent her congratulations via Instagram, saying “we could not be happier” that the couple is getting married.

Brooklyn Beckham is the eldest of David and Victoria Beckham’s four children. Peltz’s film credits include “The Last Airbender” and “Transformers: Age of Extinction”. NVG