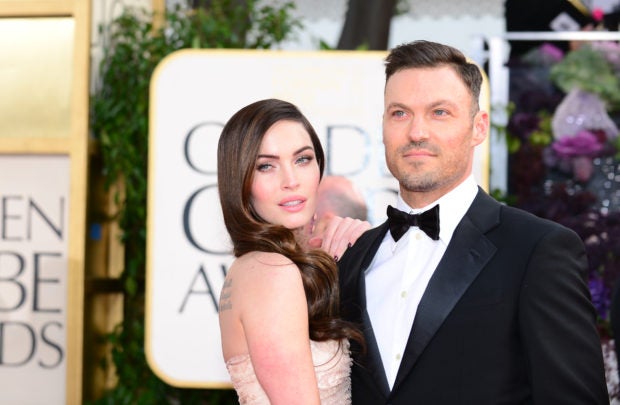 Megan Fox and her husband, fellow actor Brian Austin Green, have parted ways after almost a decade of marriage.

Green confirmed their split on his podcast “…With Brian Austin Green” last Monday, May 18.

The split comes weeks after the two were rumored to be separated when Fox was seen with actor-rapper Colson Baker, who is also known as Machine Gun Kelly. Green explained that he and Fox were already starting to grow apart late last year while the actress was away for five weeks for a film.

The two share three young sons named Noah, Bodhi and Journey. Despite their split, Green said that they will continue to have family trips and “make [them] a focus for the kids.”

“We talked about the fact that separation — we can’t pretend it won’t affect the kids, because it will,” the actor stated. “But the control we have is how it affects the kids.”

While Fox is 12 years younger than Green, the latter stressed that she was a responsible mother who “really loves” their children.

Green also opened up about moving forward after their split and said, “There’s this sense of loss of, ‘How do I go on with this big part of my life that I’ve always known and loved and shared changing?’ What does that landscape look like? What does that life look like?”

The actor then addressed the photos of Fox with Baker. He explained that the two had met while they were working on their upcoming film “Midnight in the Switchgrass”. Green pointed out that he had never met Baker, but assured his fans that Fox and Baker were “just friends at this point.”

“I trust her judgment, she’s always had really good judgment,” he added. “I don’t want people to think [they] are villains or that I was a victim in any way.”

Green and Fox wed in 2010 after six years of dating. Fox filed for divorce from the actor in 2015 but they reconciled the year after when Fox became pregnant with their third child. JB