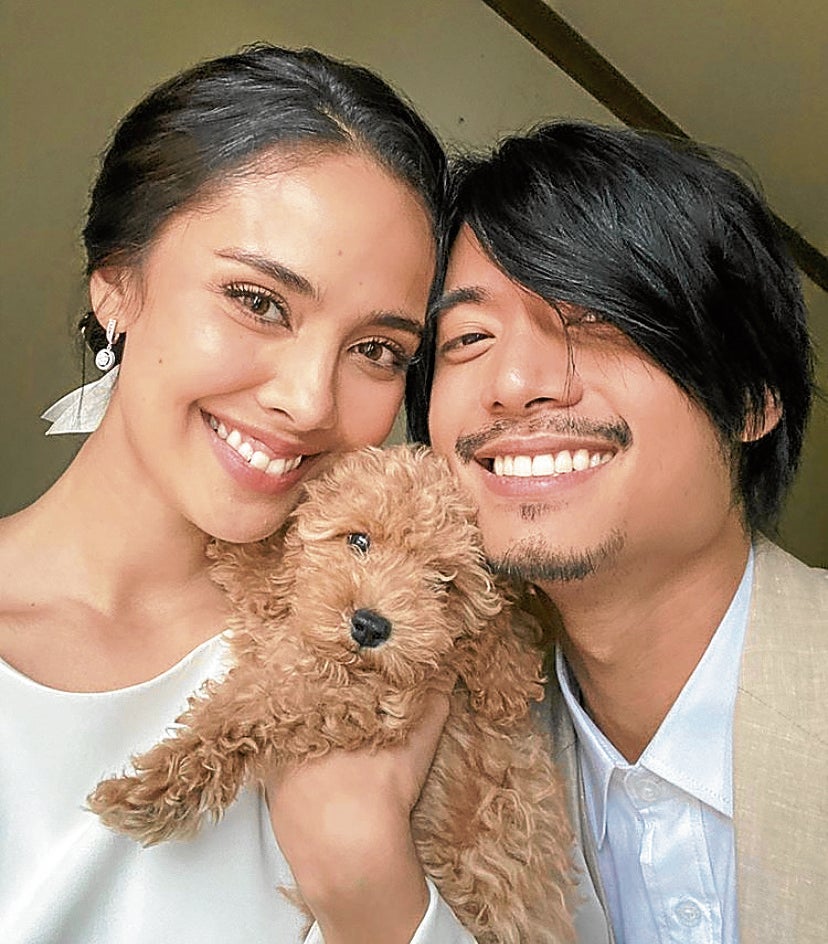 The COVID-19 pandemic has led to sobering realizations for Mikael Daez and Megan Young. And one of which, the show biz couple said, is the “mortality” of their jobs as entertainers.

“Right now, there are no teleserye and other TV productions running. And if this continues—worst-case scenario, past 2020—how do we handle this? We need to make huge adjustments that we didn’t even have to think about before, because no one expected the pandemic to happen,” Mikael told the Inquirer in a recent video interview.

In weathering the crisis, Mikael and Megan—who both had projects lined up—aim to “simplify” their lifestyle “even more” and come up with a strategy to make up for the loss of income.

“We have to make difficult choices and accept such realities,” Mikael said, when asked about his thoughts on how big of an impact the quarantine has had on the lives of show biz folk. “Everyone’s living situation is different; I’m sure some have it harder. But it’s difficult to speak for everyone; Megan and I can only speak from our own experiences.”

But such challenges aren’t exclusive to the entertainment industry. Everyone’s affected, Mikael stressed—even those working in fields widely considered essential.

“I have a relative who’s an established eye doctor, a veteran with a steady clientele. But he, too, is struggling, because he’s scared to go to the hospital. But he still has to pay for his clinic’s rent and his staff’s salary. It was the first time he experienced that kind of stress,” Mikael related. “The pandemic is affecting us on a case-to-case basis. You may think that some people are doing well, but we don’t really know in what way it’s affecting them. That’s why it’s important to just listen, observe, sympathize and empathize with our fellow Filipinos.”

Mikael and Megan admitted that, at the moment, they can’t give a definitive answer on whether they’re ready to go outside and start working again. But the one thing they’re sure of is that resuming television production will be a “difficult balancing act.”

“You’re trying to protect the people, but the industry also has to run—and I say this not only for GMA 7, but the country in gene­ral,” he said. “I’m willing to try … and that’s a step. I think we have to be open. But I also acknow­ledge the fact that it’s scary.”

“Maybe you can get tested regularly to feel more secure, but that could be difficult in terms of cost. That’s why we understand the hardships the companies are dealing with, because they have to think about our future and safety.”

Megan, meanwhile, emphasized the fact that the industry is more than just the artists. “It’s not about our safety, but everyone on the set,” Megan said, adding that those people are just as concerned about their future.

“When can we start? We have to start earning. Those are the things we have to take into consideration,” she said. “Am I ready or not? I take it day by day, because things change as we go along. I can’t say I already have a final answer.”

Mikael and Megan started 2020 on a high note. After tying the knot last January, the Kapuso stars anticipated a “relaxed” year in front of them, one that’s focused on work and occasional travels.

But if there’s anything good to be gleaned from being stuck in quarantine, it’s the quality time the newlyweds got to spend with each other.

Three of Mikael’s siblings lived with the couple at the start of the lockdown. And this setup, Megan said, allowed her to see her husband from a different light.

“The dynamics among Mikael and his siblings are different from how things are with mine. They’re not very emotional, almost business-like. While Mikael’s sweet side comes out when he’s with me, he’s more stern with his brothers. He has a kuya vibe … or like a father, in a way,” Megan said.

Other than that, nothing much has changed about their relationship. After all, they have already been together for 10 years. “I think it’s because we’re very open with each other. Even when we were just boyfriend and girlfriend, we talked about things only a married couple would usually tackle, like finances, building a house and balancing work and family life,” she related.

Read Next
Samberg, Milioti on their film’s premise: What would they do if they wake up to the same day endlessly?
EDITORS' PICK
A gem of a residence in the new normal
PNP: Checkpoints back in MECQ areas
Water remains our saving grace right now
Been there, done that but what’s the difference between MECQ and GCQ?
BREAKING: 3,226 latest COVID-19 cases bring PH’s total to 106,330
Smart 5G goes live
MOST READ
MECQ guidelines in infographics
Want higher pay? Join the police force, Duterte tells nurses
Lacson takes up cudgels for health workers ‘threatened’ by Duterte
Duterte heeds frontliners’ plea, reimposes MECQ in Metro Manila, other areas Aug. 4 -18
Don't miss out on the latest news and information.