Samberg, Milioti on their film’s premise: What would they do if they wake up to the same day endlessly? | Inquirer Entertainment
Close
menu
search

Samberg, Milioti on their film’s premise: What would they do if they wake up to the same day endlessly? 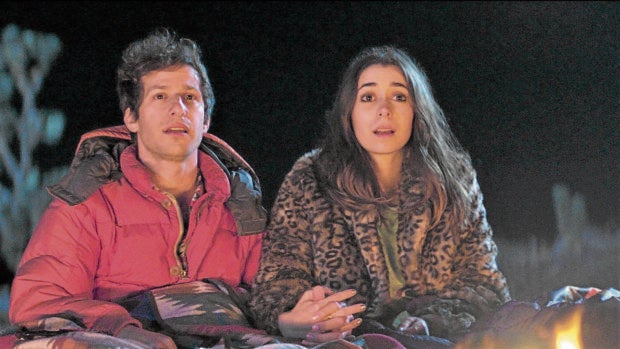 LOS ANGELES — What if you wake up to the same day over and over again?

In a fresh reworking of “Groundhog Day,” first-time director Max Barbakow and writer Andy Siara, Andy Samberg (Nyles) and Cristin Milioti (Sarah) meet in the titular California desert getaway and they get stuck in endless repeats of a wedding day (not theirs).

The existential romantic comedy “Palm Springs” was one of the films that stirred quite a buzz in the Sundance Film Festival last January. It would have been unbearable to watch the same two actors waking up each morning to the same day.

But Andy, a “Saturday Night Live” alum who won a best actor Golden Globe for his comedy series “Brooklyn Nine-Nine,” and Cristin, who played the titular mother in “How I Met Your Mother,” are charismatic as they relive an endless time loop. Add to that a nice turn by JK Simmons as one of the wedding guests.

“I think about that in earnest, in real life,” Andy answered about what he would do or appreciate more if he experienced a similar time warp in real life. He likened the situation to what we’re going through, being stuck at home every day, in these pandemic times.

“It’s interesting, given the circumstances of everyone being quarantined,” he said in this video call from the LA home he shares with his musician wife, Joanna Newsom, and their daughter, who was born in 2017. “I lean into that a little bit in terms of things I can achieve at home. When I was in college, I used to enjoy cooking. Since I started achieving a level of success in comedy, I abandoned it completely. 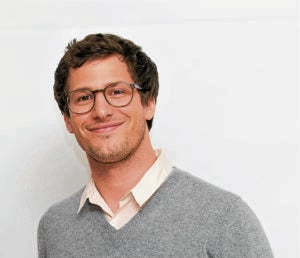 “I have a kid now. This is a great opportunity for me to start doing that again. But five or six times now, I’ve actually gotten to the stove, cooked a meal and recaptured that feeling. It’s been really nice.”

On how he and Cristin made it fun to shoot similar scenes again and again, Andy laughed as he explained, “A huge part of acting for film and television is doing it over and over anyway. It’s the part that I have always found the most challenging because I have a short attention span. But having done enough shooting now, I have been broken in that way. We found it fun because a lot of the scenes are pretty fun.”

The California native shared what he wouldn’t mind reliving: “Probably a bunch of days from childhood. I was tempted to say my wedding day, which was an incredible day, but that might get exhausting (laughs). But for all of eternity, probably like a perfect day at the beach with the family—something like that.”

“We always talked about how Nyles was adrift before he got stuck,” said the member of the comedy music group, The Lonely Island, about how the film also touches on how we take certain things for granted. “He was stuck metaphorically, then he became stuck literally. We all connect to that feeling, especially once you become an adult. You get into the rhythm of your life with your job or whatever your family situation is.

“I’ve had my own experience of going through emotions for a long time, then suddenly waking up one morning and realizing, oh my God, three years just went by, and that feeling of not enjoying every moment enough.

“So, in some ways, Nyles has been set free from this but you realize it’s not what you actually want. Because it pla­ces less value on everything, so 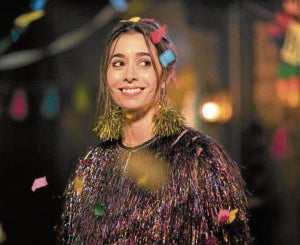 everything becomes meaningless. Message wise, we’re hoping that it helps people to enjoy things and appreciate them a little more on a day-to-day basis.”

On his character Nyles’ sexual exploits while trapped in the same day, Andy smiled as he answered, “It was in the original version of the script, so this is an Andy Siara creation. We liked the idea that if you couldn’t die and you were just going forever, societal hang-ups, your willingness to explore things would likely burn away. It would free you up to just try things.”

Andy and Cristin’s obvious chemistry is also what makes the film from Hulu and Neon one of the year’s appealing rom-coms.

“I was familiar with her work,” Andy said about his costar. “My wife and I watched the second season of ‘Fargo,’ then her episode of ‘Black Mirror,’ basically in the same week. I kept going, who is this? She’s so good. They’re such different roles. I was just rooting for her.

“Our producer Becky Sloviter also loved her. So, Cristin came in for a general meeting at our company just to discuss like maybe we could do something together. I swung in and said hi. We were chatting and hit it off, so as soon as this script came in, Becky and I immediately thought of Cristin.

“I thought, oh, she’s someone who clearly loves and understands comedy. But she also has legit dramatic chops that could counterbalance my energy in a nice way and raise my game to make me look like a better actor (laughs).”

As for the dramatic turnaround of “Brooklyn Nine-Nine” being canceled by Fox and then, following public outcry, being picked up by NBC, Andy replied, “I definitely know I had done seven years on ‘SNL.’ That spoiled my subconscious into thinking like, yeah, you get on a show, then you make the show for seven years. I was a little blasé about assuming the show would keep going. And also, I felt like we were writing good stuff and the cast was great. The really unexpected turn was when we were canceled, then picked back up. 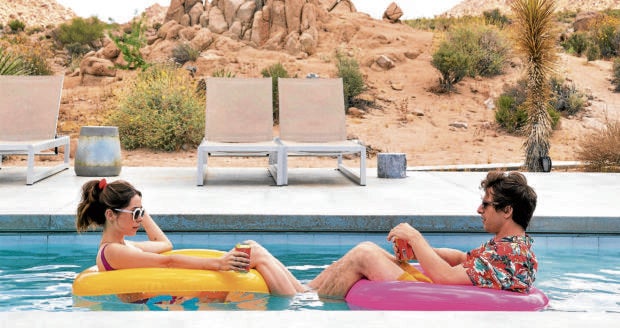 “It was, in a lot of ways the best thing that could have ever happened to the show because it galvanized our fan base into being very vocal about appreciating what we had been making.

“Since that point, it felt like we are involved with something beyond getting the Golden Globes, which is a moment we will never be able to repeat how exciting that was. We’re very grateful.”

For her part, Cristin—blessed with the most expressive eyes—answered about what she would do if she found herself confined in a time warp in real life: “I imagine if I woke up having to repeat the same day, I’d probably go on the same process that Sarah goes on. I would fight it hard at first. Then, I would probably live my life like I was a cartoon character that can’t die, like I was Wile E. Coyote. 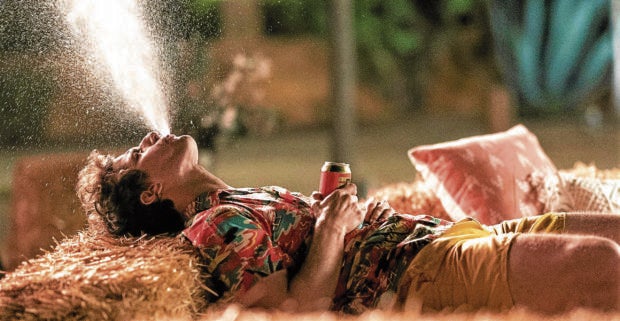 “I would try to build a life where I’m going for it and not living in fear. I’m hoping that whoever I’m stuck in that time loop with is great (laughs).”

The actress, who earned a Tony nomination for the musical “Once,” and won a Grammy for the show’s album, shared what she would like to relive in her life.

“I would say that it would probably be a day that maybe was wasted in some way,” she said. “And in terms of a day I’d love to repeat over and over, there’s actually a bunch of them, which is incredible. I was doing this show on Broadway for a while and I remember I had a birthday one night when we had to perform. There was a part in the play where the audience could only see me walking through a crowd and everyone’s backs were turned.

“When I walked by everyone, they all said, ‘Happy birthday. I love you!’ It was this very incredible moment. That was obviously just two hours, but it would be days like that where I’m, oh yeah, that was such a gorgeous day.”