Itchyworms on effect of music streaming on consumer preferences

For the past six years, the Itchyworms had focused on releasing singles. The group felt it didn’t have enough time to just sit down, write songs and map out a full album.

But the COVID-19 pandemic and the quarantine changed that.

“We were so busy that, until now, we didn’t have anything definitive to say, unlike when we did our previous albums like ‘Noontime Show’ or ‘Self-Titled.’ But now, we suddenly have something to say,” lead guitarist Chino Singson told the Inquirer in an interview for the pop-rock band’s coming sixth album, “Waiting for the End to Start.”

The other reason Itchyworms leaned toward singles after the 2013 album “After All This Time” was hinged on a more practical standpoint: The rise of music streaming has effectively changed consumer economy.

“Not a lot of people buy albums anymore … When was the last time you bought one?” vocalist and guitarist Jugs Jugueta asked. “The boom of streaming didn’t necessarily make albums obsolete. However, it has become so much easier for people to pick only the songs they want to listen to.”

“But we still love the album format. We still have the desire to create. Iba pa rin ‘yun … having a packaged body of work,” vocalist-drummer Jazz Nicolas chimed in. “And as fans, we also love listening to the other tracks in our favorite artists’ albums—not just the singles. We love finding hidden gems and rarities you won’t get in the singles.” 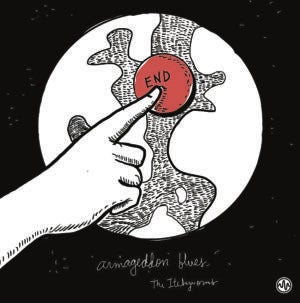 “Even if people’s listening habits have changed, it still feels great to be able to say that our group put out an album,” said bassist Kelvin Yu. “It feels good knowing that you’re adding something to your catalog of work.”

As the days wore on, it became increasingly apparent that the quarantine isn’t exactly a vacation and that there’s a big possibility that it could continue indefinitely. They realized that they needed to work and write songs, not only to keep themselves busy, but to stay sane.

They started out with one composition. Then three. Before they knew it, they had eight songs, which they felt were enough for an album.

The result was “Waiting for the Start …” (Sony Music Philippines), an encapsulation of the band members’ emotions and ruminations in the thick of the quarantine: “The restlessness, loneliness, boredom, delirium, fear, uncertainty and all that jazz.”

“We ended up having a collection of songs—most of which were created during the enhanced community quarantine. And so, we decided to package them around that concept,” Jugs said.

The Beatles-eque “Armageddon Blues,” an update to an old demo recorded by Jazz and Chino in 2005, wasn’t a thematic fit to any of the band’s earlier albums. Now it has found a place.

“In the beginning, we could still joke about it—pupula na ba ang langit? Will the Four Horsemen arrive? But before long, we were like, ‘Parang totoo na ‘to ah!’” Jazz said of “Armageddon,” which is primarily a love song set against a tongue-in-cheek apocalyptic backdrop.

“Silence,” meanwhile, captures the jarring shift from the frenetic pace of the outside world to the almost eerie solitude of being stuck at home.

“We were shocked by the quarantine. We all lead busy lives. And in my case, a loud one because of the gigs and because I host ‘It’s Showtime,’” Jugs related. “Then in one instant, the world stopped and we had to stay at home. There was no traffic, no sounds of tricycles. It made me feel paranoid.”

“From loudness, we had to adjust to the silence,” added Jugs, who described the track as a “mish-mash” of Depeche Mode, Radiohead, The Beatles 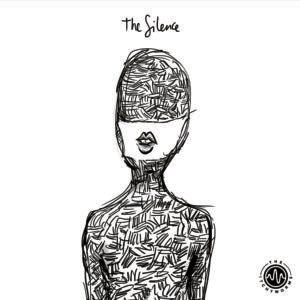 and “The Walking Dead.”

While some artists have been releasing uplifting and comforting anthems, the Itchyworms simply aims to capture what’s happening around the world, the realities many people face and validate whatever it is they’re feeling.

“Our style isn’t usually anthemic. We can’t give you ‘We Are the World’; that’s not how our songwriting is. But our experiences are real, and people will be able to relate to those,” Jugs said.

Because the four musicians had to work remotely and didn’t have access to a studio and all the necessary equipment, the songs—though of “radio and Spotify quality”—weren’t as polished as they could be. “The songwriting was actually easy, but the recording was a headache,” Jazz admitted.

They had to make do with using headset microphones, practice amps. They turned to phone apps. They had to use samplers and sequencers in lieu of an actual drum kit. “While I had portable recording equipment, the others don’t,” said Jazz, who also writes commercial jingles.

“But what’s really tough was that we didn’t have the luxury of jamming together in one place prior to recording. We usually do that to make sure everything is down pat. It was a challenge, but doable with a bit of ingenuity to overcome the limitations,” he added. In hindsight, such technical imperfections only made “Waiting for the Start …” the perfect snapshot of the situation we’re in at the moment. “The conditions weren’t perfect. There would be random barking of dogs in the background while recording … or an occasional buzz from the amp. But that’s part of the album’s cham and the picture we’re trying to paint,” Jugs said.

“Listening to the album, one would go, ‘Oh, this was really recorded at home during the lockdown.’”

TAGS: Itchyworms, Music, Waiting for the End to Start