Zsa Zsa Padilla on Dolphy’s 8th death anniversary: ‘I miss him every day’ 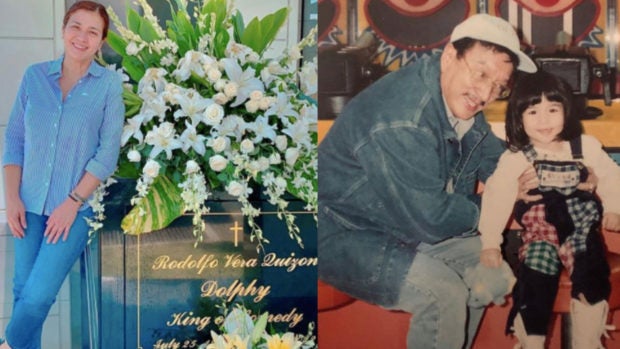 Eight years after the King of Comedy, Dolphy, passed away, his lifelong partner, Divine Diva Zsa Zsa Padilla, said that his memory continues to live on.

Padilla marked Dolphy’s death anniversary yesterday, July 10, by visiting his final resting place. She also asked her followers in an Instagram post on the same day to say a little prayer for the late comedian.

“I miss him [every day] and I know that he is always with me in spirit,” Padilla said.

To honor Dolphy, the singer requested the late actor’s fans to comment on her post any of Dolphy’s works that influenced them or their parents or grandparents.

“I’ll be so happy to know how he has put laugher in your hearts,” she said.

Dolphy, whose real name is Rodolfo Vera Quizon Sr., passed away due to obstructive pulmonary disease on July 10, 2012. He was 83 years old. Padilla and Dolphy have two children: Zia and adopted daughter Nicole.

Padilla is also the mother of 39-year-old singer Karylle, who is her child with her former husband, Modesto Tatlonghari.  /ra