Zsa Zsa Padilla has made her debut on American TV in the crime series “Almost Paradise,” where she portrayed a character named Governor Rosales.

The actress-singer appeared in the show’s latest episode, which was filmed in Cebu City, she said on her Instagram page last Tuesday, April 14. Padilla accompanied her post with photos of her on the production’s set.

Padilla also thanked makeup artist Varda Atienza for her look and pictures, and RSB Scripted Formats ABS-CBN for having her audition for the role.

Meanwhile, Padilla’s daughter, Karylle, proudly shared her mother’s participation in the show on her Instagram Stories. Karylle reposted her mother’s photos, saying, “[Look] at my mom!!! [She] is making her American TV debut in her 50s. [She] is [so] astig (cool).” 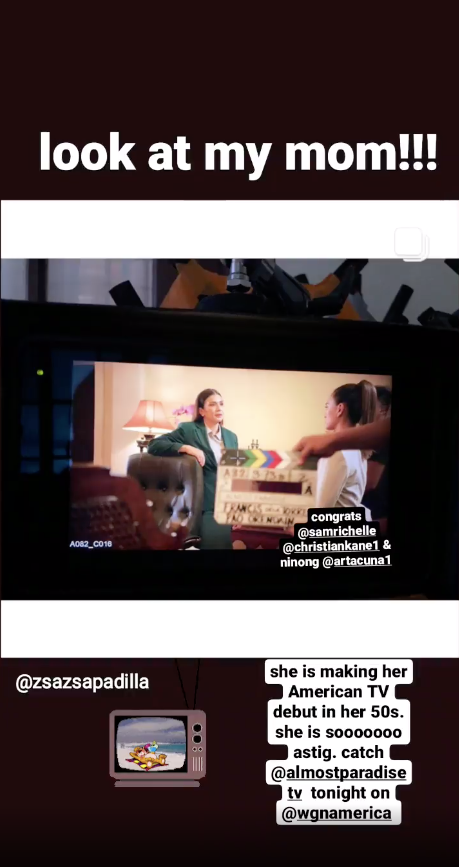 “Almost Paradise” was created by Filipino-American director Dean Devlin. It centers on a former Drug Enforcement Administration (DEA) agent who moved to Cebu after retiring.

The show, co-produced by ABS-CBN and Electric Entertainment, airs on the TV network WGN America. Along with Padilla, Eric “Eruption” Tai also appears on the series, marking his debut on American TV.  /ra

LOOK: Joseph Marco to star in HBO Asia’s ‘The Bridge’