Bela Padilla on being tagged a Diehard Duterte Supporter: ‘Nope, not at all’ | Inquirer Entertainment
Close
menu
search 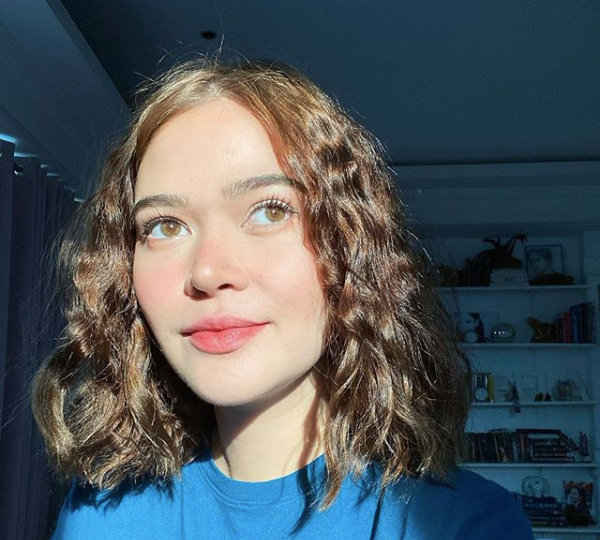 Actress Bela Padilla clarified her personal stand on politics after getting called a DDS, or Diehard Duterte Supporter.

Padilla’s political leanings were questioned by a certain Gatotkaca Santos after her name was seen on a list of individuals who were authorized to go to Sagada in the Mountain Province to obtain footages for President Rodrigo Duterte’s State of the Nation Address (SONA). The actress explained why she was included in the trip and stated that it had nothing to do with the President’s SONA.

In response to being suspected as a DDS, Padilla said “[Nope,] not at all,” through her Twitter account today, July 10.

Padilla’s involvement in the controversial trip was posted by drag queen DeeDee Holiday via Twitter yesterday, July 9. Holiday showed a portion of a letter stating that director Joyce Bernal, Piolo Pascual and Padilla were all authorized to travel by the Presidential Broadcast Staff – Radio Television Malacañang (PBS-RTVM).

“I was told we were going to shoot for Liter Of Light (which we did)…,” Padilla said. “[But] as soon as I found out that us being there could have any connection with the SONA, I went home alone, immediately, because I have no participation in it anyway.”

Liter of Light is an international grassroots movement that aims to provide affordable and sustainable solar light to people with limited access to electricity.

I was told we were going to shoot for Liter Of Light (which we did)…but as soon as I found out that us being there could have any connection with the SONA, I went home alone, immediately, because I have no participation in it anyway. 😊

“In conclusion, you are not a supporter of this admin, and you will not be [participating] in the SONA in any [way?]” Santos queried.

“In the most respectful way to everyone involved, yes,” Padilla replied, apparently meaning to answer no to Santos’ query.

In the most respectful way to everyone involved, yes. 😊 cheers! 🍻

A creative team led by Bernal went to Sagada and Banaue to shoot footages of their picturesque scenery for the background of the President’s SONA this year. The team was turned down by both towns in view of the COVID-19 crisis.

Pascual, who was the first known celebrity to be included in the trip, previously spoke up about his own stand on politics. He declared that his involvement with the trip had nothing to do with the President or the government.  /ra

Piolo Pascual on Sagada trip: It had nothing to do with gov’t