Female power: These actresses are done compromising the things they believe in

No job is worth losing one’s self-worth.

This was the overarching message Lauren Young, Janine Gutierrez, Andrea Torres and Cai Cortez raised in a recent episode of the GMA 7 online discussion “How Do You Feel,” where they tackled some of the challenges women usually face in show biz and the compromises they’re compelled to make.

Physique is one of the things actresses are closely scrutinized for constantly. And in Lauren’s case, her weight spelled the difference between booking or losing a project. 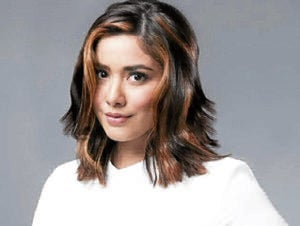 “This has happened to me in the past five years,” the 26-year-old actress said when asked if she has ever lost out on a job because of her weight. “I used to be very skinny and fit. But I have gained a lot of weight in the past few years.”

Instances like that, she admitted, made her feel that her value as an actress was hinged solely on how she looks. But as a person, the opposite was true.

“It’s not just a physical thing for me. What some people don’t understand is that, even though I’m not the skinniest girl in town, I have never been happier. I was miserable when I was skinny, because I was tired—maintaining that is hard,” Lauren said.

But her situation eventually improved for the better. And once she saw that people can now look past her weight and simply focus on her talent and what she’s capable of, she no longer saw a reason to nitpick her appearance.

“I don’t want to lose weight anymore. I’m proud to say that I’m a girl on television who represents what the majority of people look like. That’s something I don’t want to take back,” she said.

“At the end of the day, regardless of how I look, I will give you a performance of a lifetime,” Lauren stressed. “I wouldn’t be here if I weren’t a good actor.”

Doing delicate scenes is something to be expected when shooting a movie or a television series with romantic elements. 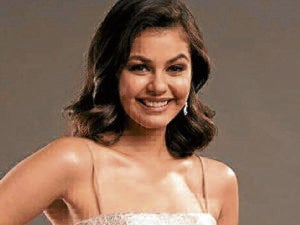 And while newbie actresses may feel overly eager to please or impress, they shouldn’t readily agree to everything that’s asked of them, Janine cautioned, especially if some of them make them uneasy.

“Sometimes, you don’t realize until after a while that, ‘Wait, parang hindi pala dapat ganun ’yung nangyari,’” she related.

If there’s anything about the scene that gives them “the slightest sense of discomfort,” it’s important, Janine said, that they ask for advice beforehand and speak up.

“When we’re doing movies or shows, the director would always ask you, ‘This is what we’re going to do. Are you OK with this?’ But even if you know that you can do the scene, call someone first. We all like to see ourselves as tough and say, ‘O, game!’ But if you feel uncomfortable, you have to say something,” she said.

Andrea echoed Janine’s sentiments, saying that, above work or anything else, “you should love yourself.” 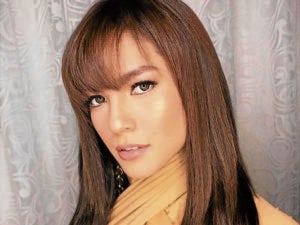 “I’m a breadwinner and I’m willing to do a lot of things for my work. But if you feel like you’re being stepped on, you realize that it’s not worth it. Sometimes, you’re like, ‘OK I have work,” and still end up feeling broken inside,” she said.

There was a time, Andrea admitted, when she felt like quitting the industry. “I felt like I didn’t want to continue acting anymore. I felt so lost, like everything was in disarray. But it helps to have someone to talk to or confide in,” related the actress, who eventually learned not to doubt herself.

As a mother, Cai has become more cognizant of how she portrays herself onscreen.

“When I became a mom, I learned to grow in a sense that now I’m representing my children and the woman I want my daughter to be and see. At ayokong maging kalat!” said Cai, who has a 3-year-old boy, Hbib, and a 7-month-old girl, Carmen, with husband Wissem Rkhami.