‘Palm Springs’ arrives for the Groundhog Days of quarantine 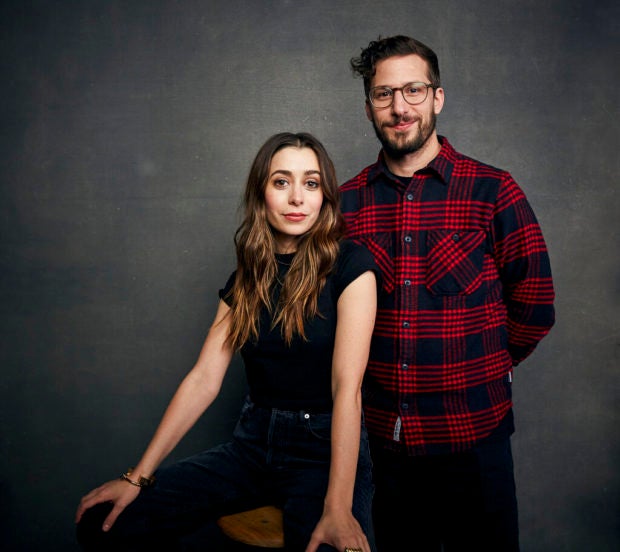 NEW YORK — Though most of the films that have debuted during the pandemic never got to screen for packed movie houses, “Palm Springs” had the kind of premiere filmmakers dream of.

At the Sundance Film Festival in January, the time-loop romantic comedy, starring Andy Samberg and Cristin Milioti drew big laughs, enthusiastic reviews and a record deal for the festival. Hulu and the indie distributor Neon acquired “Palm Springs” for $17,500,000.69. The extra cents were suggested after negotiations stretched deep into the night by Samberg’s Lonely Island partner Akiva Schaffer, a producer on the film.

“We’ve been saying Hulu insisted. It was either Akiva or Hulu,” says Samberg, chuckling. “It might have been Akiva at, like, 5 a.m. after staying up all night making a deal and having been drinking earlier in the night. Or it was Hulu. I can’t quite recall.”

That memory may be distant and from another lifetime, entirely. But “Palm Springs”, which premieres Friday on Hulu and in drive-in theaters, has found itself oddly suited to right now. The film, the feature debut of director Max Barbakow and screenwriter Andy Siara, is about a bridesmaid, Sarah (Milioti), who, after an encounter with a guest, Nyles (Samberg), at her sister’s wedding, falls into a time loop. She begins reliving the day over and over again, a cycle that Nyles has already been stuck in for so long he can’t remember. 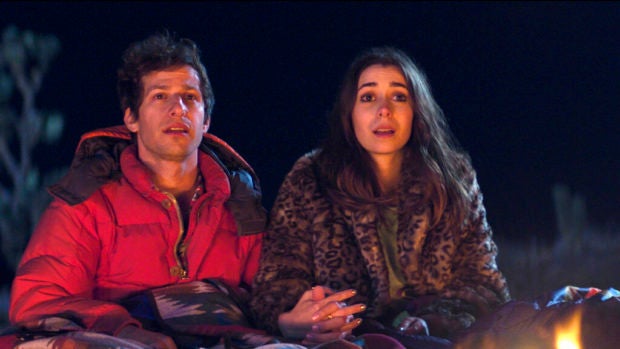 This image released by Hulu shows Andy Samberg, left, and Cristin Milioti in a scene from the film “Palm Springs”. Image: Hulu via AP

When other movies were postponing their releases, “Palm Springs” opted to essentially stay put. With people in some state of lockdown across the country, a movie about the comedy of reliving the same day became weirdly appropriate. A time loop opened, and “Palm Springs” dove in.

When Siara and Barbakow started on “Palm Springs”, they didn’t intend to wade into “Groundhog Day” territory. The two met in film school and, after making a few shorts together, decided to set their feature debut in Palm Springs after a weekend in the Southern California desert oasis. Siara had just gotten married in Palm Springs, and they gravitated toward a nihilistic character who had long tired of standard wedding chit chat.

That the film started character first, not with the high concept, the two say was key. Still, encroaching on any such storyline risked breaching the sacred comedy territory of Harold Ramis’ “Groundhog Day”.

“I went in thinking, ‘The all-timer of that is done.’ And I don’t think this changes that in the slightest,” says Samberg. “The thing about it that made me want to do it anyway is, to me, it feels like it very intentionally picks up where ‘Groundhog Day’ leaves off.”

“Palm Springs” uses its daily reset to dig into the emotional lives of Sarah and Nyles, both of whom who have shrugged off maturity in various ways. It’s a relationship comedy where the starts and stops of personal and romantic growth happen through surreal science-fiction re-runs.

“It was dark and weird in ways that I’m extremely drawn to while also making me laugh and also moving me,” Milioti says. “I just thought it was so delightful and nuts.”

Lonely Island, the trio of Samberg, Schaffer and Jorma Taccone, helped develop the project with Barbakow and Siara. But if “Groundhog Day” was initially an impediment, time-loop tales — like the acclaimed Netflix series “Russian Doll” — proliferated while they worked on “Palm Springs”.

“Palm Springs”, the filmmakers realized, hung on the relationship between Sarah and Nyles, and it would be difficult to overstate how much Milioti (“Fargo”, “Black Mirror”) brings to the movie. Her performance, while equally goofball, grounds the film in genuine self-reproach.

“When I watch it, I feel like she just absolutely murders it,” Samberg says.

Over the past month, they have all wondered about whether “Palm Springs” really does fit the moment. While protests around the death of George Floyd forced a national reckoning on ingrained racism, it became clear the pandemic hasn’t been “Groundhog Day”. It’s also been a time of tragedy and reckoning and self-examination.

“We’ve all been asked to sit with ourselves, and that can be really difficult. That’s what happens in the film for Sarah for the first time, and it’s a nightmare,” says Milioti. “The silver lining of that is that we, white people, had to sit in the discomfort of ‘Oh my God.’ We had to watch things. We had to sit in the horror of it all and there was no distraction.”

Samberg calls it “an interesting moment to be putting out a comedy.”

“The last thing you want is to feel like you’re distracting from what’s going on right now. I think it’s a moment of wanting to stay vigilant and focused and engaged,” he says. “As someone who is trying to be that way, I also find that at the end of the day, when I put the kid to bed, we want to put on something light half the time to give ourselves a momentary break.”

They’ve all found themselves living a strange version of the movie they created. But there are some positives. The main upside, says Samberg, is spending more time with his wife, musician Joanna Newsom, and young daughter. Siara, who with his wife is soon expecting the birth of their second child, hasn’t minded the repetitive days. “I’m cool with being stuck in the monotony,” he says.

But no one can compete with Barbakow in terms of syncing with their film. He proposed to his girlfriend during quarantine.