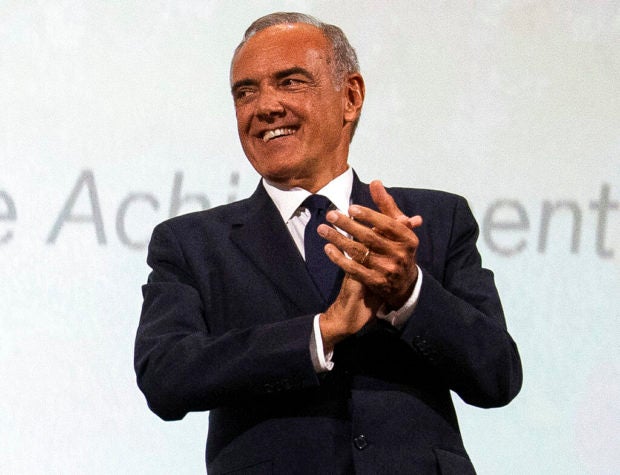 The show will go on for the Venice Film Festival in September, but with a few modifications due to the COVID-19 pandemic.

Organizers said Tuesday that they are pushing forward with plans for its 77th installment, which will include a slightly reduced number of films in the main competition as well as some outdoor and virtual screenings. If the schedule stays intact, it will be the first major film festival since COVID-19 essentially shut down the industry in mid-March.

Festival director Alberto Barbera said in a statement that he is “extremely pleased that the Biennale Cinema can be held with a minimum reduction of films and sections” and that “a significant number of directors and actors will accompany films to the Lido.”

There will still be 50 to 55 films in the official selection, which will be announced on July 28, and screenings will take place in the traditional venues as well as two outdoor arenas (at the Giardini della Biennale and a skating rink on the Lido) with adopted safety measures established by authorities.

The festival will take its Virtual Reality section online and this year forego its Sconfini section, which hosts smaller films and genre fare, to accommodate more socially distanced screenings of the major films in competition. Actress Cate Blanchett is presiding over the main competition jury.

Travel to Italy, an early epicenter of the COVID-19 pandemic, is allowed from European countries. The European Union last week said it would reopen its border to 14 nations, but most Americans have been refused entry due to soaring coronavirus infections in the U.S. Press from countries with travel restrictions will be able to view press conferences virtually, Barbera said.

“Without forgetting the countless victims of these past few months to whom due tribute shall be paid, the first international festival following the forced interruption dictated by the pandemic becomes the meaningful celebration of the re-opening we all looked forward to, and a message of concrete optimism for the entire world of cinema which has suffered greatly from this crisis,” Barbera said.

The Toronto International Film Festival, which is typically held on the heels of Venice in September, has already announced plans for a smaller 2020 version, with fewer films and virtual red carpets. Both festivals serve as major launching grounds for awards hopefuls, although no one knows how exactly it will work now that runway to the Oscars has been extended by two months.