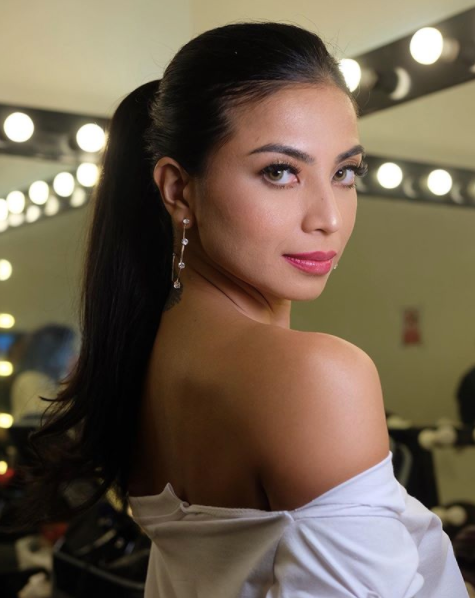 As ABS-CBN continues to fight for the chance to have its franchise renewed by Congress, GMA star Glaiza de Castro appeared to weigh in on the issue.

(This is not a battle of a station, this is a fight of the Filipinos. We are all affected. Prayers, hold on, embrace.)

Her statement comes after ABS-CBN heads faced questions from Congress members yesterday during the 12th hearing on the franchise renewal. The 13th hearing will be held tomorrow, July 8.

One of the agenda in yesterday’s hearing was ABS-CBN’s alleged “political bias,” particularly its failure to air campaign ads of certain candidates, such as President Rodrigo Duterte, in 2016.

The network’s CEO and president, Carlo Katigbak, explained that ads air under a “first come first served” system and that unaired ads occurred for candidates in different political parties.

The hearings have been ongoing since the media giant was forced to shut down after its franchise expired on May 4. In the past, networks have been allowed to continue operations while waiting for a franchise renewal.  /ra

GMA stars, journos stand with ABS-CBN in wake of sign-off

Read Next
Nico Bolzico flexes ‘artistic side’ with ‘sketch’ of wife Solenn
EDITORS' PICK
Smart 5G goes live
PNP: Checkpoints back in MECQ areas
BREAKING: 3,226 latest COVID-19 cases bring PH’s total to 106,330
Been there, done that but what’s the difference between MECQ and GCQ?
Water remains our saving grace right now
A gem of a residence in the new normal
MOST READ
MECQ guidelines in infographics
Doctors group to Duterte: ‘There was never a call for a revolt’
MECQ in NCR, other areas: Mass transportation suspended, quarantine pass required anew
Want higher pay? Join the police force, Duterte tells nurses
Follow @NGunoINQ on Twitter
Don't miss out on the latest news and information.