Jason Mraz to give earnings from new album to social justice 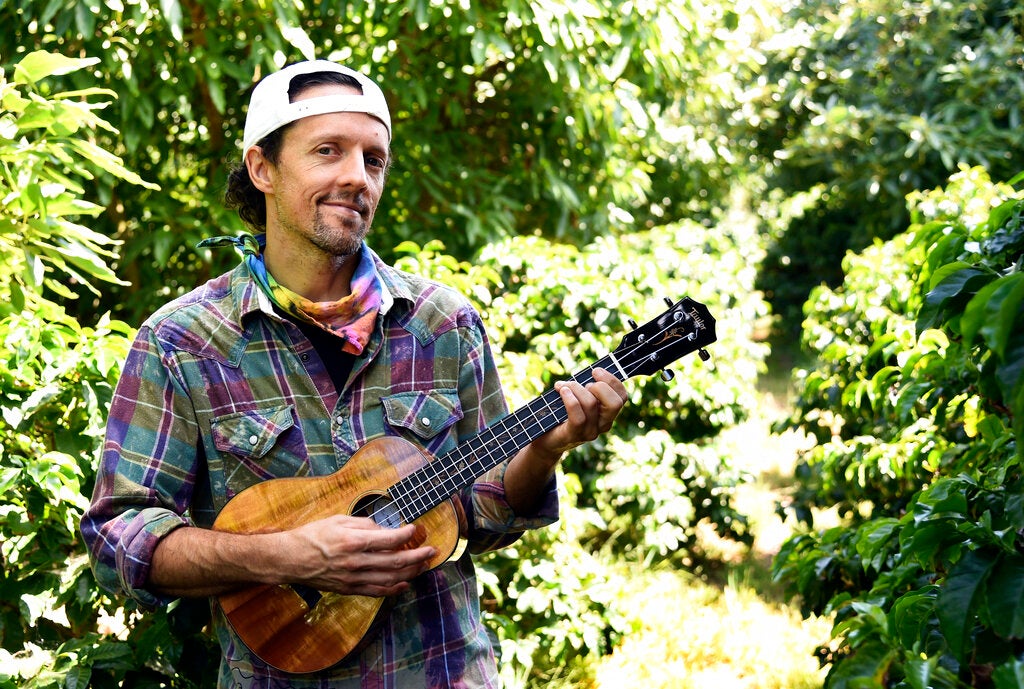 In this June 16, 2020 photo, singer-songwriter Jason Mraz poses for a portrait at his home in Oceanside, Calif., to promote his new reggae album “Look for the Good.” The two-time Grammy-winner is donating all earnings from sales and streams of his album, including his $250,000 advance, to groups advancing equality and justice. (AP Photo/Chris Pizzello)

NEW YORK— Jason Mraz has a new album coming out and he wants everyone to buy it and love it. But he’s not going to make a penny on it.

The two-time Grammy-winner has promised to donate all earnings from sales and streams of his reggae album “Look for the Good” — including his $250,000 advance — to groups working for racial equality and justice.

“This is bigger than me,” Mraz tells The Associated Press from his ranch in Southern California. ”Now the CD itself has a purpose. The record itself actually can go out and serve.”

“For me, this is my cardboard sign up at the march. This is me putting my body and my music and my name on the line to say ‘I stand with this movement and I want to help move this down the field towards a more equal and just world,’” Mraz said.

“Look for the Good” will be released Friday, which also is Juneteenth, a celebration of the end of slavery in the United States. Mraz vows to make donations to progressive groups annually on Juneteenth.

The 12-track album was recorded last summer but finds itself quite prescient, with uplifting messages of togetherness and unity. “Something about reggae says, ‘You’re welcome here’ or ‘This is for everybody,’” Mraz said.

The album includes the song “You Do You,” a collaboration with actress Tiffany Haddish, who raps the line “We gonna march until our voices get heard.” On another song, Mraz sings: “We were born to love not hate/We can decide our fate.”

The roots of the album go back to the year Donald Trump won the White House and took on more importance with the police killing of George Floyd in Minneapolis last month.

“For me, it started with the 2016 election and feeling like such a shift and a loss of power and a rise of a sort of ugliness that still exists in the U.S.” he said.

“2020 is election year, so that’s really what prompted us to be like, ’Hey, 2020 is going to be an engaged year. There’s going to be debate. Things are going to happen. Who knows what. But what we need is to be prepared with some positive music,” Mraz said.

To make the album, Mraz teamed up with producer Michael Goldwasser, founder of indie reggae label Easy Star Records who has also done remixes for Kelly Clarkson and Janelle Monae. Mraz’s music has often dipped into reggae, but Goldwasser said a whole album showing off various sides of the music made sense.

“The things that Jason wants to sing about often make sense as reggae. Jason is all about making a better world and calling out social issues and how we can improve upon them,” Goldwasser said.

“I think of reggae as message music,” Goldwasser added. “Jason — whether he even intends this or not — can be a great conduit for other people to discover important and great music but also important messages.”

He currently lives in a rural avocado ranch in Oceanside with his wife, Christina Carano. “We have a little room to breathe, and we have food growing in the trees,” he said.

The new album has several nods to beloved TV icon Mister Rogers. Mraz is such a fan that he bought an autograph of the children’s TV host on eBay just to have “his energy in my space.”

The cover of the album is also a call to be better. It includes a shiny surface, asking the audience to reflect. “Look in the mirror and look for the good,” he said.

Mraz joked that donating all profits from “Look for the Good” makes sense for him since he’s a Sen. Bernie Sanders fan and a democratic socialist. “What good socialist would I be if I didn’t share my earnings to some degree?” he said.