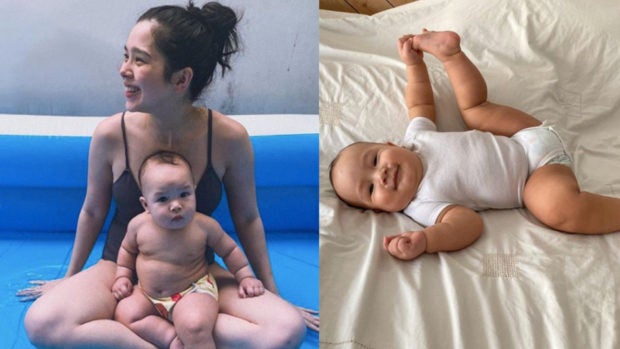 The couple’s second son was born on September 16, 2019. They are also the parents of 2-year-old Pancho.

Amid the quarantine measures in the country due to the COVID-19 pandemic, Pancho and Vito were only recently reunited with their grandmother, Pia, who was the wife of late rapper Francis Magalona. Pia and the kids did a little dance during their reunion as seen on Saab’s Instagram post last Sunday, June 14.

“I can’t tell you how happy I am that even after [three] months of not seeing her, my boys remembered their Mama Pia and, as you can see, they were very happy to be reunited,” Saab said.

Saab previously narrated the difficulties that she had to overcome during her first pregnancy. Saab was pregnant with twins, Luna and Pancho. She had to deliver the babies prematurely in February 2018. The couple’s daughter did not survive, while Saab and Pancho were both in critical condition. Saab recalled how Pancho fought several life-threatening conditions “like a superhero.”

Saab and her husband are members of the indie band Cheats. The band is behind the songs “Luna”, “Before the Babies” and “Milk”. The couple is also doing a podcast titled “Wake Up with Jim & Saab”. JB