Despite quarantine, Ben&Ben expands its reach with globe-trotting music 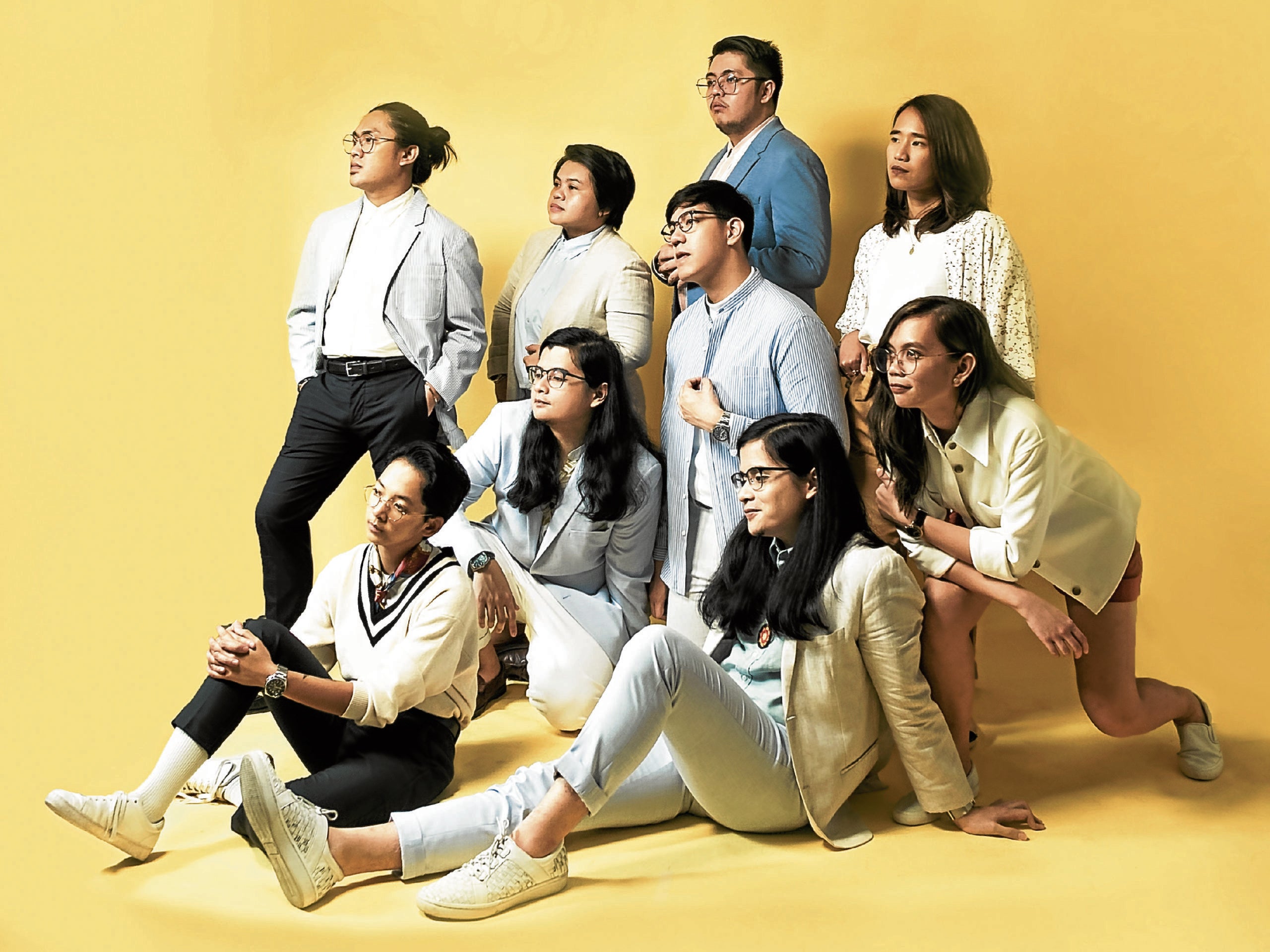 The folk-pop group ­Ben&Ben has always aspired to play and introduce its music to international audien­ces—a goal hinged not on a desire for fame and recognition, but for meaningful connections with other cultures.

“It’s something we have always wanted to pursue, mainly because we want to connect with and get to know other cultures. And as we learn more about theirs, we also hope to share ours with them,” Miguel Guico, who shares vocals and guitar duties with his twin brother Paolo, told the Inquirer in a video interview.

The nine-piece ensemble has captivated casual listeners and inspired a big and devoted following with hits like “Kat­hang Isip,” “Leaves” “Maybe the Night” and “Pagtingin.” The music is heartwarming and heartrending, with fluent melodies and searingly rela­table lyrics—all enveloped in a blanket of pop, rock and indigenous instrumentation.

Now, music lovers from neighboring countries like Indonesia and Thailand are also starting to take notice. “We never imagined that our songs would reach them,” he said.

Ben&Ben, through its label Sony Music Philippines, pushed through with the release of its first international single, “Doors,” last April while in quarantine—and the irony wasn’t lost on the members of the group.

“It’s actually quite amusing because our plans of having an international single materialized at a time when we’re all stuck in our houses,” Andrew quipped. But just like any other artist coping with the COVID-19 pandemic, Ben&Ben made do with the resources available. Using online platforms and makeshift instruments, the band was able to jam with the Thai duo Scrubb on “Everything”—a song from the popular “boys love” (BL) romantic drama, “2gether: The Series.”

They also did interviews with Phoenix Radio Bali, one of the Indonesian FM stations that has “Doors” on rotation. “We had a lot of fun,” Paolo said. “We were also featured in a Thai news report. We didn’t understand what was said—we didn’t know if it was good or bad. But we cheered whenever we heard our band name! It did seem like they were happy.”

Ben&Ben was also set to make its US debut last March in the SXSW Music Festival—one of the biggest and most prestigious of its kind. But that, too, fell casualty to the COVID-19 pandemic.

“We applied for US visas in the weeks leading to the event. But they were hesitant to give us visas because, at the time, news about the virus and the worries surrounding it had been growing. We didn’t know how serious it would become, so we were like, ‘Please!’ We even thought of returning to apply again,” Andrew recalled.

The event was eventually canceled. Metro Manila was subsequently put on community quarantine. “We were actually supposed to fly out on March 14, the day the lockdown happened,” Paolo related.

It could have very well been a milestone gig for Ben&Ben. And they would be lying if they said they weren’t disappointed. “But we believe that everything happens for a reason. If something doesn’t push through, maybe it’s not meant to be. Or maybe it’s meant to happen at the right time,” Toni pointed out. “We don’t want to force it.”

And curiously, it turned out that they could still reach music lovers around the world, even from the confines of their home. “Our dreams of connecting to listeners and artists outside the country, we were still able to achieve that somehow, because everyone’s in the same situation; everyone’s online, so it’s easier to connect to them,” Paolo said.

With travel still restricted and the future of the live-music scene still uncertain, Ben&Ben is focusing on holding online sessions and writing new music. And one product of this quarantine is the group’s latest single, “Lifetime,” which marks many firsts for the band: The first “100-percent homemade” (recorded, mix, mastered) track; and the first one inspired by a YouTube comment. 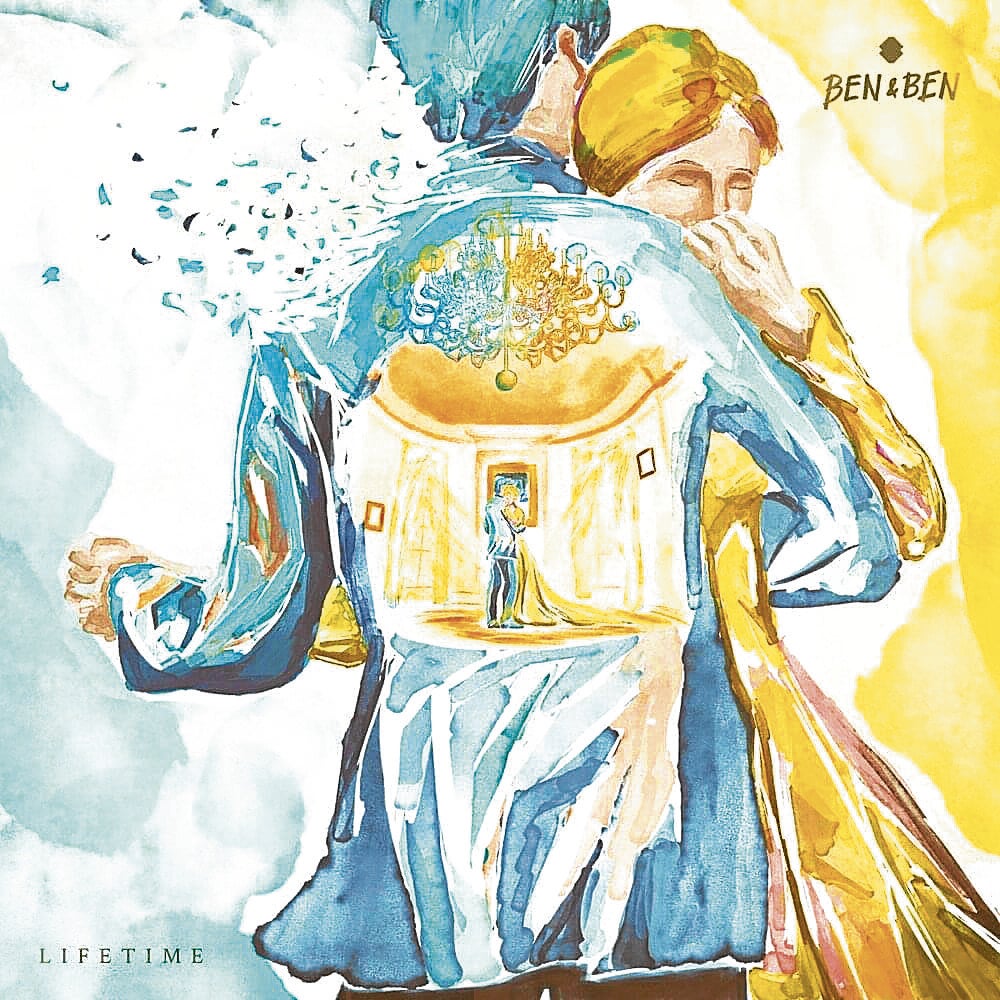 While most of Paolo and Miguel’s songs were written from their own perspectives, “Lifetime” took off from a story of two best friends, who regret burying their feelings for each other.

“It was an experiment of sorts, and we had fun with it. We have been noticing that the comment section of our videos are very ‘Maalaala Mo Kaya,’ with people writing their own stories with other listeners. Why not write a song about them? Usually, we write the songs, and people resonate with them. But this time, it’s the other way around,” Paolo said.

“There are still many front-liners who are in need. There are also people at home dealing with anxiety. And we want to comfort them through our music. That’s why we keep on playing,” Miguel said. “Music is powerful. We have always believed that it can help ease people’s worries, especially in the face of uncertainty. Music and art play a very important role.”

Has the quarantine allowed the members to sit back and reflect on what they have achieved so far?

Ben&Ben has earned several accolades. The songs have been streamed by the hundred millions. But success—at least for Ben&Ben­—isn’t measured by such things.

“Things have been slowly sinking in, but not in a ‘Whoa, we’re successful’ kind of way. Now that we have had time to stop and think, the thing that stands out the most is the simple fact that a lot of people can relate to our work. And they all miss the experience of being together with us,” Andrew said.

“There’s happiness in realizing that we got to meet so many people and made them happy … that we have become part of their lives,” he added.