Her name was Alice: Celebs remember Anita Linda with fondness 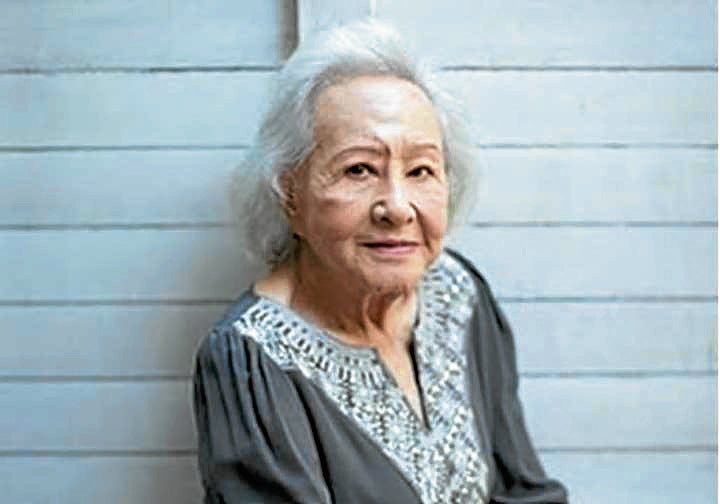 It certainly seemed like the Grand Dame of Philippine Cinema, Alice Lake aka Anita Linda, was married to her career. It’s as if she made a vow to remain loyal and dedicated to her craft till death do them part.

Even in her 90s, the legendary actress still had that fire in her. When I watched Ms Anita in “Circa” (in September last year), I was blown away. Even if she was in a wheelchair, everything about her had strength and power.

Around this time last year, another icon, Tito Eddie Garcia, passed away (on June 20). Now we lost one of the greats again. Bravo, Ms Anita, for your immeasurable contribution to the industry. You are etched in our hearts. Shine on for the Master Director up above.

As my little tribute to Ms Anita, I asked her colleagues to share their fondest memory of her. Viva, La Linda!

Tita Anita Linda was one of the sweetest persons I ever met. Masarap siyang kakwentuhan. I enjoyed our chats about current events, buhay artista and even chismis. I salute her for being dedicated to the movie industry until her last breath.

She was committed to her work. No wonder she lasted in the industry that long. She was “palabiro.” During our last day of shoot for “Lola,” Rustica Carpio and Anita invited me to drink. I got shocked when they told me that we would be drinking Red Horse beer. She took her work seriously, but she also knew how to have fun.

I can’t recall how many times I’ve worked with Tita Alice. But I remember the first and the last time. The first was in the movie “Lumuhod Ka Sa Lupa,” topbilled by Rudy Fernandez. During breaks, I would ask her to tell stories about her early years in the industry. Top of mind was discipline and professionalism. That was her secret for longevity and for her being a great actress. She would also tell us juicy stories and funny trivia about her leading men in the ‘40s.

The last time we worked together was last year for the movie, “Circa,” where I played her son. On our first shooting day, I approached her right away. She couldn’t hear me well, so I knelt in front of her.

I hugged and kissed her, and I said, “Good morning, Tita Alice. Ako po si Ricky Davao. Miss ko na po kayo.” She stared at me for a while, then she said, “Ricky, you’re mabait and I love you.” I became emotional and teary-eyed, so I hugged her again. Our first scene together was very emotional, a son who hasn’t seen her mother for several years who suddenly visits her on her 100th birthday. I’m so lucky, privileged and honored to have worked with the great Anita Linda.

Flashback to some 40 years ago, my mom Belen was one of the closest friends of Tita Alice. She was also a colleague of my Dad, Oscar Moreno, in the ‘50s and ‘60s although she was a Premiere star and my father was with Sampaguita.

My most unforgettable acting experience with Tita Alice was in “Botelya,” a film on the MRT experience still to be shown under the direction of Adolf Alix Jr.

Ms Anita Linda was the epitome of the word professionalism. She’d be on the set 30 minutes before call time. She goes straight to makeup and wardrobe to prepare for the day’s work. She does not fuss on anything that will deviate her focus on what is expected of her on that day.

If you have Anita Linda as actor, half of your work as director is done. She’s a beautiful human being. Her demise is a great loss to the industry, but the lessons she left us will guide us in our search for a better profession, comparable or even better than any profession in the world.

Her passion, dedication and love for the craft are unmatched. Her intensity in the world of cinema, from black and white to color, never changed. That’s why she lived that long.