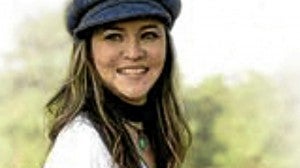 The annual advocacy concert brings together on stage some of the best local acts, as well as experts and environmentalists who speak about the problems that plague Mother Earth. The event is held in conjunction with the worldwide observance of Earth Day every April.

“Music is one of the few things that bind people. Put instructive and inspiring messages behind it and you have a powerful medium that can spark change,” Bonnevie told the Inquirer in a recent press con.

Bonnevie stressed that learning about our environment doesn’t have to be tedious. She recalled being invited to perform in an Earth Day celebration at the Quezon Memorial Circle in 1999: “I found the event enlightening but I thought it could use a little more pop. There wasn’t much of a crowd participating. The people present were really just the environmentalists … the goal is for everyone to join.”

That motivated Bonnevie to organize free shows that would promote the advocacy. She consulted the late environmentalist Odette Alcantara and, in 2000, mounted the first “Earth Day Jam” which she called “Earth Born” in Subic. The gig featured Barbie’s Cradle, Put3ska and the Manila Youth Symphony Orchestra.

“I’ve realized that you don’t have to be an expert to help,” she said. “You only need an open heart.”

In 2007, Bonnevie received the Fr. Satur Neri award for Environmental Heroism from the National Commission for Culture and the Arts, Unesco, the Climate Institute and Department of Education.

In its 12th edition, “Earth Day Jam” will be held on Saturday, 6 p.m. at the 9th Avenue, Bonifacio Global City in Taguig. The concert is expected to last till the wee hours. Music lovers can expect a mix of genres ranging from reggae and samba, to alternative rock and acoustic.

Between sets, representatives from the Department of Environment and Natural Resources, and other government agencies will give short talks and play videos about their latest projects, and other earth-related topics.

NGOs like Greenpeace will set up booths where people can sign up for various campaigns, and purchase organic food and products.