Video unveiled for BTS’ autobiographical song ‘We are Bulletproof: the Eternal’ 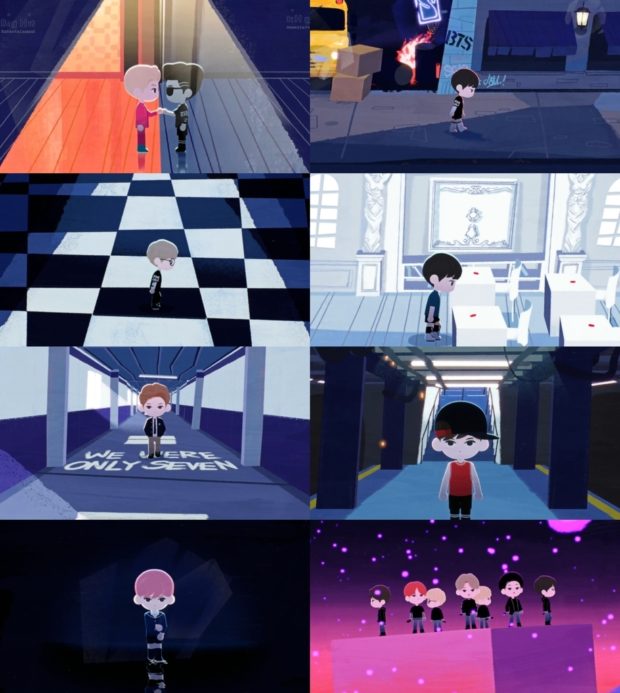 SEOUL — K-pop giant BTS on Friday released a music video for “We are Bulletproof: the Eternal,” off of its most recent album “Map of the Soul: 7,” as part of the group’s annual fan celebration event.

The animated music video shared on YouTube features adorable versions of individual BTS members walking and running through a variety of locations. The seven later join one another to be launched above the clouds riding a whale.

Included in “Map of the Soul: 7,” released in February, “We are Bulletproof: the Eternal” is an autobiographical throwback song on the septet’s roots, encompassing the band’s journey from its scrappy debut days to its success today.

The video was released as part of the 2020 BTS Festa, an annual event where the band celebrates its debut anniversary with international fans, commonly referred to as ARMY. BTS member Jungkook released a solo song, “Still with You,” last week as part of the celebration.

The K-pop act will cap off this year’s BTS Festa event with an online concert, “Bang Bang Con: The Live,” on Sunday. Fans will be able to view the concert from six different angles. (Yonhap)