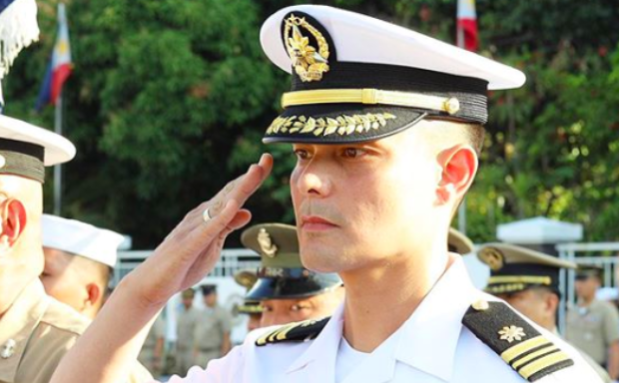 Dantes shared his proposal during the 122nd celebration of Independence Day yesterday, June 12. Through his Instagram account, he lamented how the bill is dividing the nation due to its controversial sections.

(I am a reservist. It is an honor and a responsibility to help protect order and peace in the country. I am also a family man. I make sure, as best as I can, to keep my family safe, healthy and happy.)

(But I am an artist too. This is not just a job for me. It is a responsibility to share stories that reflect reality—be it happy or sad.)

Noting that he “may wear multiple hats,” Dantes emphasized that his roles are always aligned with his core values and are interdependent.

“And in pressing issues such as the controversial Anti-Terrorism Act of 2020, I know that I have to use all three lenses of a reservist, family man and artist to see clearly,” he said.

Dantes stressed that the country is “battling so much fear” as the COVID-19 pandemic goes on, dealing a hard blow to the economy and “the ballooning unemployment rate,” as well as the “fear from violent acts since the country is still negatively affected by terrorism.”

While Dantes agrees that terrorism remains a threat, even citing the Global Terrorism Index of 2019, which ranks the country ninth among those with the worst cases of terrorism, the actor said the anti-terror bill itself is instilling fear among Filipinos.

“Sadly, the Anti-Terrorism Bill is also causing fear—fear from abuse of power because of uncertainties and lack of dialogue,” he said. “It is unfortunate that instead of uniting the people during these difficult times, the bill is dividing us. We must remember that the bill must yield the greatest net benefit to the people.”

He added that he also recognizes “the importance of proper consultation on concerns that affect our constitutional rights.”

In the following Instagram post, Dantes suggested the removal of Section 9 on inciting terrorism, which is penalized under the bill.

This section states that “[a]ny person who, without taking any direct part in the commission of terrorism, shall incite others to the execution of any of the acts specified in

(If we cannot convince the President to veto the Anti-Terror Bill, we are calling for representation and participation in crafting the implementing rules and regulations of the Anti-Terror Law.)

Artists as storytellers of reality

Dantes reiterated that as entertainers and artists, they ateÿ among those who will be most affected by the Anti-Terror Bill, noted that they need an opportunity to present their case.

“Artists were not consulted on this bill, and yet we are among those whose personal and professional lives are at stake,” he said.

“Contrary to the notion that we only exist to entertain, artists are actually vital storytellers of our nation’s past, present and future. We help bring people together; we help Filipinos stand as one nation as we have always done in the past and are continuing to do during the current pandemic,” he continued.

Stressing that the Filipinos’ cooperation, support, trust and confidence are critical in fighting terrorism, Dantes underscored: “We, artists, assert our role and responsibility in helping craft the law so that we may better contribute in bringing the people together towards one goal which is freedom and peace.”

“Umaasa kaming mga aktor na maririnig at pakikinggan ang aming boses (We actors are hoping that you will listen to our voices). I too hope that we can still find a way to create an ideal Anti-Terror Law that respects Filipinos constitutional rights and limitations within an environment of public trust and confidence,” he said.

Also to mark Independence Day,  5,000 protesters gathered at the University of the Philippines Diliman campus in Quezon City yesterday to denounce the anti-terror bill.  /ra