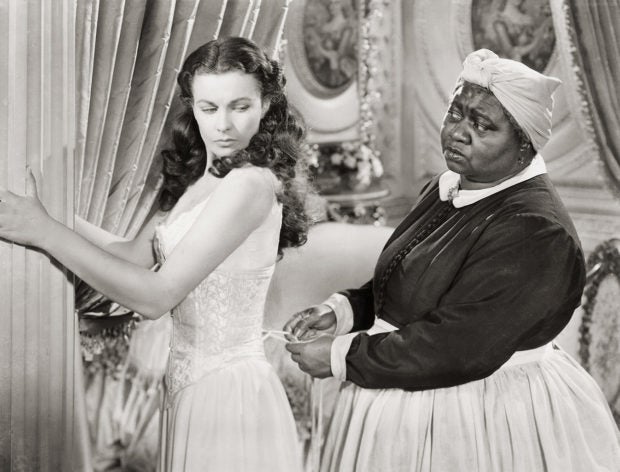 HBO Max has pulled “Gone With the Wind”. Image: Granger/REX/Shutterstock via AFP Relaxnews

In the few short weeks since the death of George Floyd at the hands of United States police, the reinvigorated Black Lives Matter movement has rocked the entertainment landscape.

We look at some of the most dramatic changes it has sparked, from the temporary withdrawal of “Gone With the Wind” from HBO Max to a procession of performers apologizing for their depictions of black characters.

American television reality show, “Cops”, in which the cameras went on patrol with police, has been permanently pulled by the Paramount Network.

The show — a small-screen institution which had been broadcast continuously since 1989 — had been long criticized for glorifying macho policing and stirring fear of crime.

A swathe of cult comedy sketch shows has also been removed by some streamers and broadcasters. “Little Britain” was dropped by its makers BBC as well as from Netflix, while two other British shows, “The Mighty Boosh” and “The League of Gentlemen” have also disappeared from the U.S. streaming giant.

Four mockumentaries by the Australian comic actor Chris Lilley, of “Summer Heights High” fame, are also no longer available on the service, with speculation that it may be over his depiction of black, Tongan and Chinese characters.

“Little Britain” creators David Walliams and Matt Lucas had earlier admitted that they had regrets over the show.

“If I could go back and do ‘Little Britain’ again, I wouldn’t make those jokes about transvestites… and I wouldn’t play black characters,” Lucas said.

“I guess we’re all on a learning journey,” he said before Britain’s Channel 4 pulled it from its streaming service.

Netflix created a special Black Lives Matter section this week of films and documentaries so viewers can “learn more about racial injustice and the Black experience in America”.

The section includes documentaries, films and series from the Oscar-winning “Moonlight” to the campus-set series “Dear White People”.

Amazon Prime has its own section called “Black History, Hardship & Hope”, with films including “Just Mercy” starring Michael B. Johnson and Jamie Foxx based on the true story of a black man appealing his murder conviction.

HBO Max meanwhile said they pulled “Gone With the Wind” — one of U.S. President Donald Trump’s favorite films — because of its “racist depictions” that were “wrong then and are wrong today.”

But they plan to make it available again alongside a discussion putting it in its historical context.

Books by black authors, or dealing with racial issues — like sociologist Robin DiAngelo’s “White Fragility: Why It’s So Hard for White People to Talk About Racism” — have also shot up the bestseller lists.

The Booker Prize-winning “Girl, Woman, Other” by British-Nigerian novelist Bernardine Evaristo is currently topping the British list, while Reni Eddo-Lodge’s “Why I’m No Longer Talking to White People About Race” becoming the fastest selling non-fiction title at British bookshop chain Waterstones even though it was published three years ago.

The catch-all musical term “urban,” which has been applied to rap, hip hop, R&B and other “black” genres, is also being questioned.

Republic Records, a Universal label that is home to the Canadian stars Drake and The Weeknd, was the first to stop using the word, with the Grammys following their lead by replaced its “urban music” awards section with “R&B progressive.” CL

‘Gone with the Wind’ removed from HBO Max after racism protests

Read Next
Dave Chappelle speaks on George Floyd in new special
EDITORS' PICK
Over 3 Million worth of prizes to be won at Smart Padala’s SENDali Manalo Promo!
Comelec division junks petition to cancel Marcos COC for president
Acer starts the year off strong with the Aspire Vero National Geographic Edition
Marcos camp ‘extends hand of unity’ after COC cancellation bid is denied
The best of bayside and city living at SMDC’s Sail Residences
PH logs 37,070 more COVID-19 cases; over 33K others recover
MOST READ
NBI foils escape attempt of Kerwin Espinosa, two others
Comelec division junks petition to cancel Marcos COC for president
Francine Diaz’s manager denies actress is being courted by Seth Fedelin
‘Not my loss’: Did Kris Aquino just comment on her breakup with Mel Sarmiento?
Don't miss out on the latest news and information.