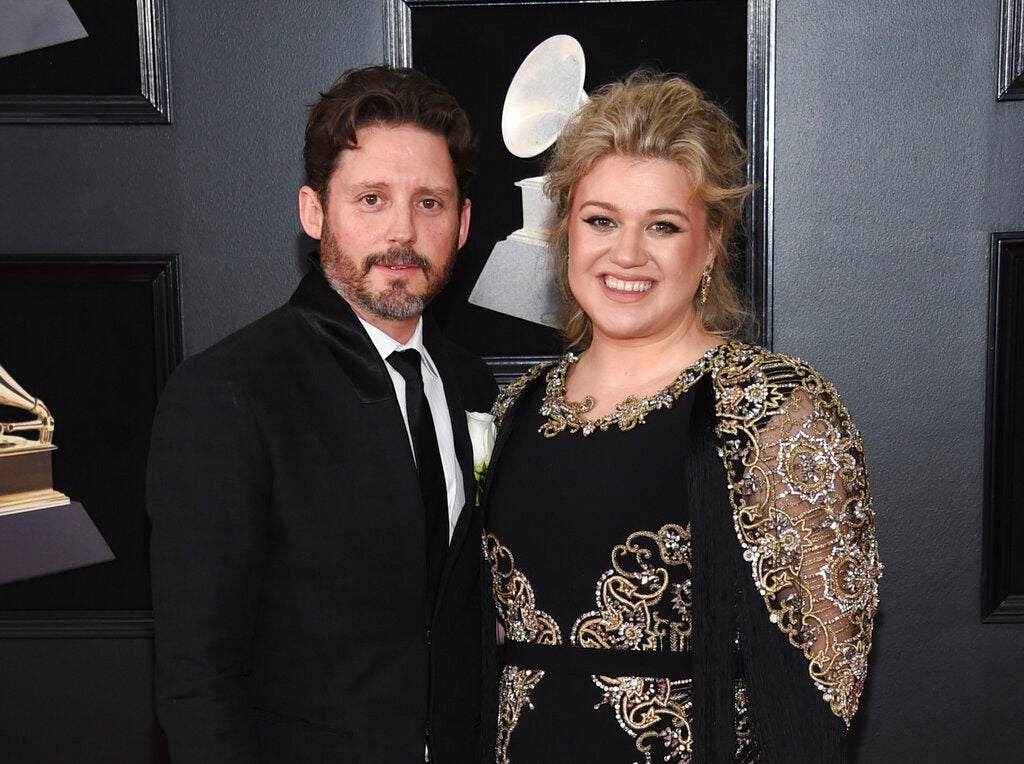 In this Jan. 28, 2018 file photo shows Kelly Clarkson and her husband Brandon Blackstock at the 60th annual Grammy Awards in New York. Clarkson has filed for divorce from her husband of nearly seven years. (Invision/AP)

The singer, talk show host and judge on “The Voice” filed court papers to end the marriage under her married name Kelly Blackstock on June 4 in Los Angeles.

The 38-year-old Clarkson and the 43-year-old Blackstock have a 5-year-old daughter and a 4-year-old son.

Clarkson cited irreconcilable differences as the reason for the split and requested that she not be required to pay Blackstock spousal support.

The filing asks that the singer’s legal last name be restored to Clarkson and it indicates that the couple had a prenuptial agreement.

The two wed in October 2013 in the first marriage for Clarkson and the second for Blackstock.

Blackstock, a talent manager who is the son of Clarkson’s former manager, has two children from his first marriage.

Messages seeking comment from the couple’s representatives on Thursday were not immediately returned.

Read Next
Chris Paul, JJ Watt to appear in Amazon’s ‘Regular Heroes’
EDITORS' PICK
What to watch out for when selecting a video surveillance solution
House energy committee chair Arroyo bats for cheap electricity
DOH says COVID-19 cases plateauing, but public shouldn’t be ‘complacent’
23,000 cops to be deployed nationwide for school reopening
Look Through: The fate of impounded stray dogs
Unleash the photographer in you this World Photography Day with vivo smartphones
MOST READ
Korina Sanchez reunites with former ABS-CBN co-anchors Julius Babao, Cheryl Cosim
Sharon Cuneta asks for prayers for friend in ICU who suffered silent stroke
QC school’s shutdown violated rules – CHEd
Light therapy could be the answer to your sleep problems
Don't miss out on the latest news and information.